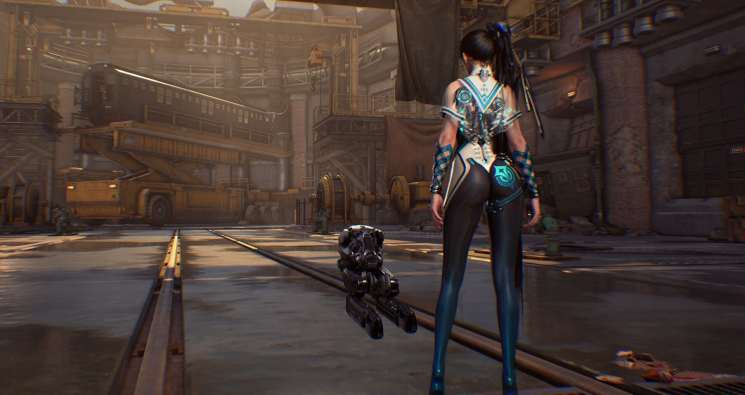 The second game to take the spotlight during Sony’s PlayStation Showcase today was Project EVE, a high-octane post-apocalyptic action game from South Korean studio Shift Up with a trailer focused on gameplay. It shows off a series of battles against enemies both small and large in fast-paced melee action, reminiscent of Bayonetta.

A PlayStation.Blog post from Shift Up director Kim Hyung Tae speaks to the gameplay, emphasizing “deliberate” combat requiring careful timing for success. Other features typical to genre also appear, including gauges that fill over time and allow for more spectacular combat possibilities.

Shift Up also provided a basic overview of the story:

In the not-too-distant future, mankind is expelled from Earth after losing the battle against the invaders called the NA:tives. To win back Earth, the player becomes Eve, the survivor of the paratrooper squad deployed from the Colony, who must fight through powerful enemies with new comrades. We invite you to join Eve’s adventure in the face of unknown creatures on a desolate, destroyed Earth.

Project EVE is set to launch on PlayStation 5, though no release date has yet been confirmed. Stay tuned for more news coming out of the PlayStation Showcase today. It was a pretty big event.