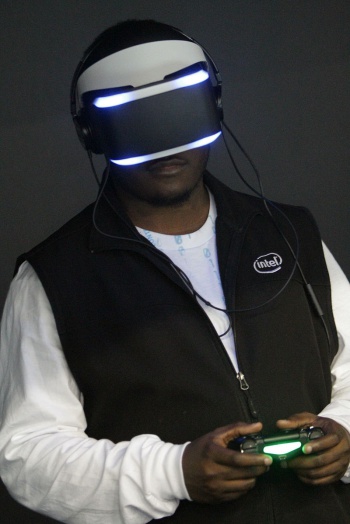 Sony’s virtual reality headset has been renamed PlayStation VR, and will be showcased in Japan this week.

It’s been a long time coming, but it finally seems the next big leap in gaming will probably involve virtual reality. Between the Oculus Rift making waves years before release while companies like Valve rush to build their own headsets, 2016 might be the year where VR becomes a fixture of gaming hardware. And console gamers won’t be left out. Sony announced today that its Project Morpheus has been renamed “PlayStation VR”, and will be showcased at the Tokyo Games Show leading into a 2016 release date.

Project Morpheus was the code name for a VR headset that would be fully compatible with PlayStation 4 and Vita systems. Outside of the rebranding there seem to be few changes – at least from a design perspective – but that might be a good thing. Even in 2014, we felt the prototype was incredibly polished, and a strong contender in the growing VR market.

Sony has a week of VR presentations planned, including demos for Final Fantasy XIV, Danganronpa VR, Hatsune Miku, and Summer Lesson. And those aren’t the only games promising VR support in the coming months – even indie games will activate VR support when the headset launches.

There are a few other PlayStation hardware announcements of note in Japan, although we don’t yet know which are headed to other regions. For example, Sony is releasing PS4 face plates to customize your console, and new gold, silver, and see-through controllers. But as it stands, learning more about the PlayStation VR’s performance this week is incredibly exciting.

What Can Cosplayers Teach Marketing and PR Pros?