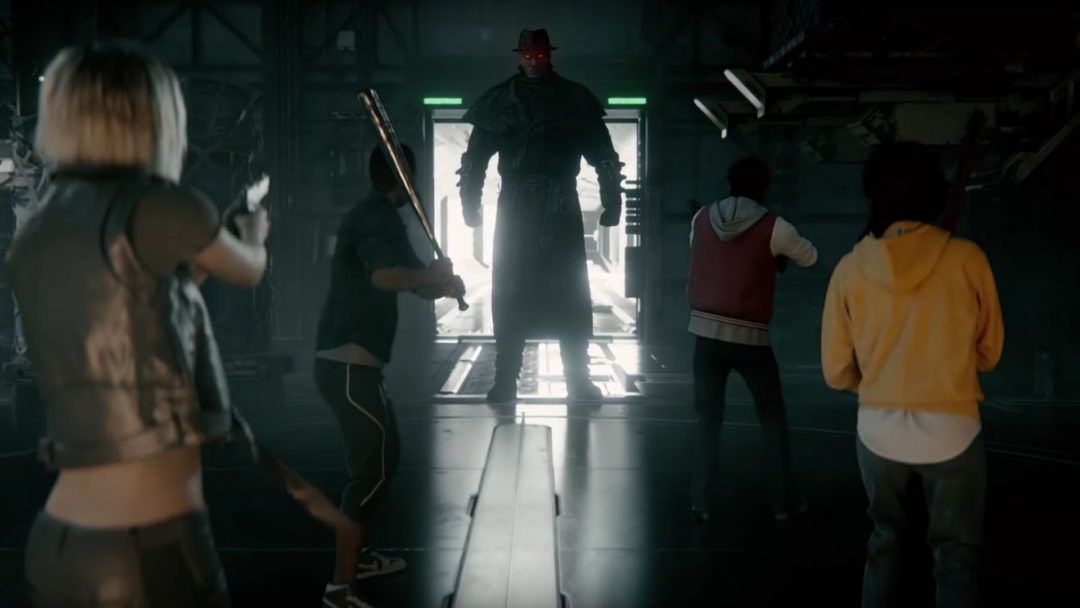 Capcom released a teaser today for the upcoming and still mysterious “Project Resistance,” a Resident Evil project of some kind.

The project was first announced two weeks ago, and while precious little information was revealed about it, internet-savvy types managed to extract some screen captures from an impending trailer. Today that trailer finally dropped, revealing not much more than what could be seen in those first few sneakily sourced images. Although, the video description talks about the project as a “brand-new team-based survival horror experience.”

As was speculated, the teaser does indeed star four characters with complementary equipment and skills teaming up to battle classic Resident Evil monsters. Zombified members of the police department and skittering Lickers make prominent appearances.

Resident Evil 2‘s Mr. X appears to be the mastermind behind the characters’ ordeal. He is shown overseeing the human group from a shadowy control room, apparently allotting them five minutes of “mission time,” then dictating the flow of monsters towards the group. When the mismatched survivors overcome the challenges he sends their way, he decides to step out to deal with them personally.

Although little was concretely announced about the title, the teaser offers enough fodder for speculation. The “four survivors versus one monster” setup suggests the game might be an asymmetrical multiplayer title, like Friday the 13th: The Game, where four players would control average citizens and square off against one player who controlled the game’s monster hordes.

Project Resistance will be playable on the Tokyo Game Show floor Sept. 12-15. More information, like what the game is actually called, should be forthcoming.

The game is currently promised to come to PlayStation 4, Xbox One, and Steam.