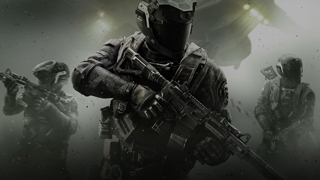 If you’ve already pre-ordered Call of Duty: Infinite Warfare on PS4, you can pre-load the beta today.

The beta test for Call of Duty: Infinite Warfare on PS4 kicks off tomorrow, but if you’ve pre-ordered the game, you can get ready by pre-loading it today. Activision announced this in a tweet last night, saying that the pre-load would start “around 11 AM PT” today (2 PM ET).

The beta checks in at 19 GB, the company confirmed in a later tweet.

You can see if you’re eligible for the beta by visiting this page. If you haven’t redeemed your code yet, you can do so on that page as well.

Once you’ve pre-loaded, you can plan for the beta to start at the same time: 2 PM ET tomorrow, and will run through the weekend. There’s a second beta weekend planned for next weekend as well. As we have reported before, there is no planned beta for the PC version of the game.

Call of Duty: Infinite Warfare is set to launch on November 4 for PC, PS4, and Xbox One.