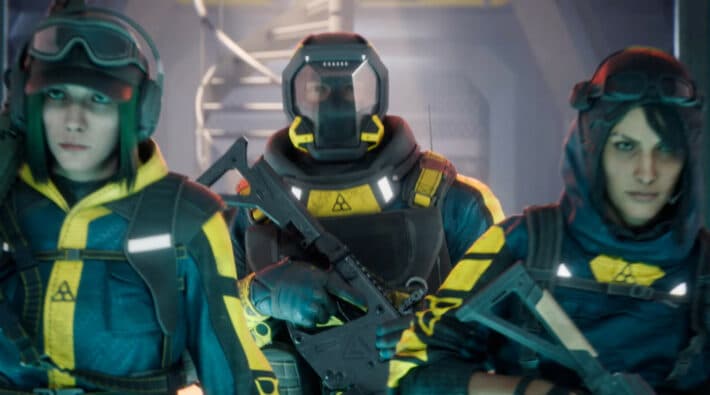 We’ve finally received our first solid look at Rainbow Six Extraction since its reveal in 2019. Shown today during the E3 2021 Ubisoft Forward presentation, Ubisoft revealed a gameplay deep dive and a cinematic trailer, and Rainbow Six Extraction has received a release date of Sept. 16, 2021 on PC, PlayStation 4, PlayStation 5, Xbox One, and Xbox Series X | S. Geared up in a co-op experience with new tech and familiar operatives, the cinematic trailer shows how the world of Rainbow Six Extraction came to be. This Rainbow Six game is more of a sci-fi experience than what fans have been used to through the years, as it drops one-to-three players in an alien-infested world.

The Archaen aliens are an evolved form of the parasite that was first detected during an outbreak in New Mexico, but it has spread within New York, San Francisco, and Alaska. They leave a black goo called the Sprawl everywhere they go.

The gameplay deep dive gave us even more information about Rainbow Six Extraction, including a good look at different enemies. The long-ranged Spiker, explosive Breacher, shape-shifting Tormenters, and Apex are some aliens you will encounter. You’ll unlock new ability upgrades and a whole new arsenal specifically designed to take on these aliens. Watch your first look at the gameplay below.