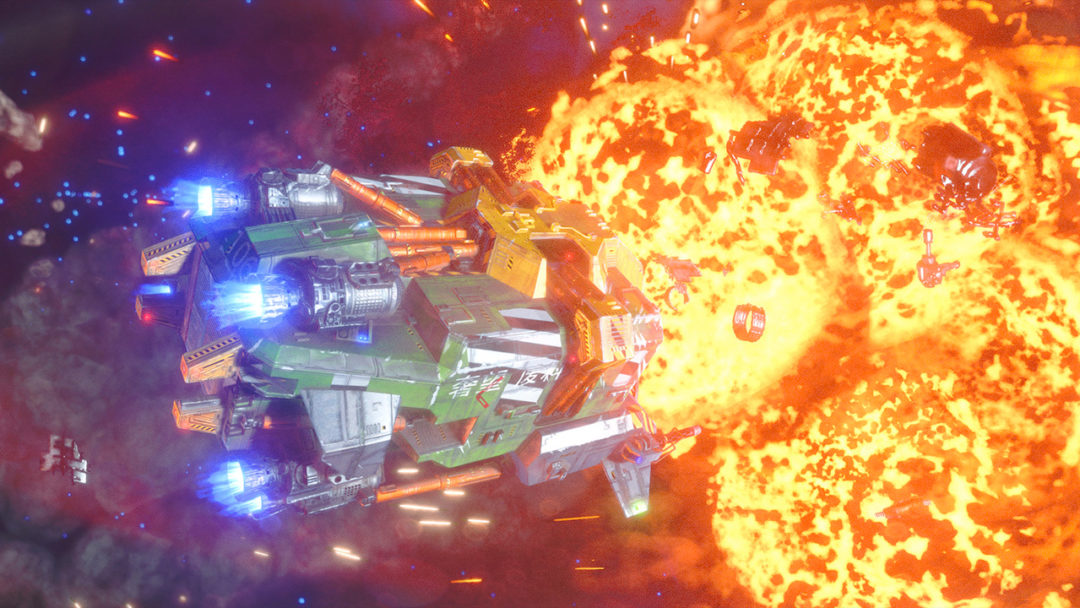 Seattle-based Double Damage Games has announced that Rebel Galaxy Outlaw, a follow-up and semi-prequel to the studio’s debut title Rebel Galaxy, will be released Aug. 13.

Rebel Galaxy Outlaw is a pretty different beast from the original Rebel Galaxy. Where the first title had a heavy emphasis on space trading and utilized procedural generation for much of its content, Outlaw has a greater emphasis on combat, story, and handcrafted assets. Outlaw‘s main character, Juno Markev, had a supporting role in the first game as the elderly aunt of the player-created avatar. This time around she will be a sprier and hardier woman in her forties, who gets dragged into the criminal life after taking on a large debt from a seedy casino mogul.

Outlaw will boast refined combat with an “Autopursuit” mechanic to keep it approachable for novice players, in-depth ship customization, an expansive soundtrack accessible via an on-ship radio, and numerous dive bar-tier side activities like poker and billiards. Anybody curious should consider checking out this extended session of the game hosted by Double Damage founder and sometime Torchlight designer Travis Baldree. It’s a great display of Outlaw‘s beefier animations, more believable and detailed characters and environments,  and the new in-cockpit point of view being used for space flight and combat.