Rebellion is a publisher uniquely positioned to push video game stories forward and produce new experiences. It just needs to look a little bit past its “safe” titles like Zombie Army 4: Dead War to get there.

Rebellion Developments has recently launched Zombie Army 4, the fourth entry in a Nazi-zombie shooter series spun off from a World War II adventure. The sheer volume of tropes in that sentence is tiring. The studio is also working on a revival of the satirical strategy series Evil Genius, set to arrive later this year, as well as a new entry in its Sniper Elite series. To be fair, those projects all have merit, but they all feel remarkably safe — demonstrative of only a tiny fraction of the incredible inventiveness that the studio has access to thanks to its multimedia presence.

To give credit where it’s due, Rebellion Developments has shown boldness in recent years. Arca’s Path VR was a wonderfully different kind of platformer that deserves more attention than it received. Strange Brigade took cooperative adventure in a curious direction with its 1930s adventure aesthetic. Neither succeeded in being a point of difference in a saturated medium, despite the publisher being arguably one of the best suited to take risks.

The company’s strength lies not in an ability to splash as much cash as necessary to catch the public eye, like Microsoft or EA can. Its strength is also not in the ownership of development teams renowned for producing industry-leading quality, as Sony and Take-Two enjoy. Rather, Rebellion’s potential lies in its unmatchable access to bountiful creativity.

Rebellion Developments is only one arm — the game production studio — of Rebellion — one of the best boutique producers of speculative fiction in the world. The parent company even has a Rogue Trooper film and Judge Dredd: Mega-City One television series on the way, but its presence in the literary and comic worlds is truly enviable. 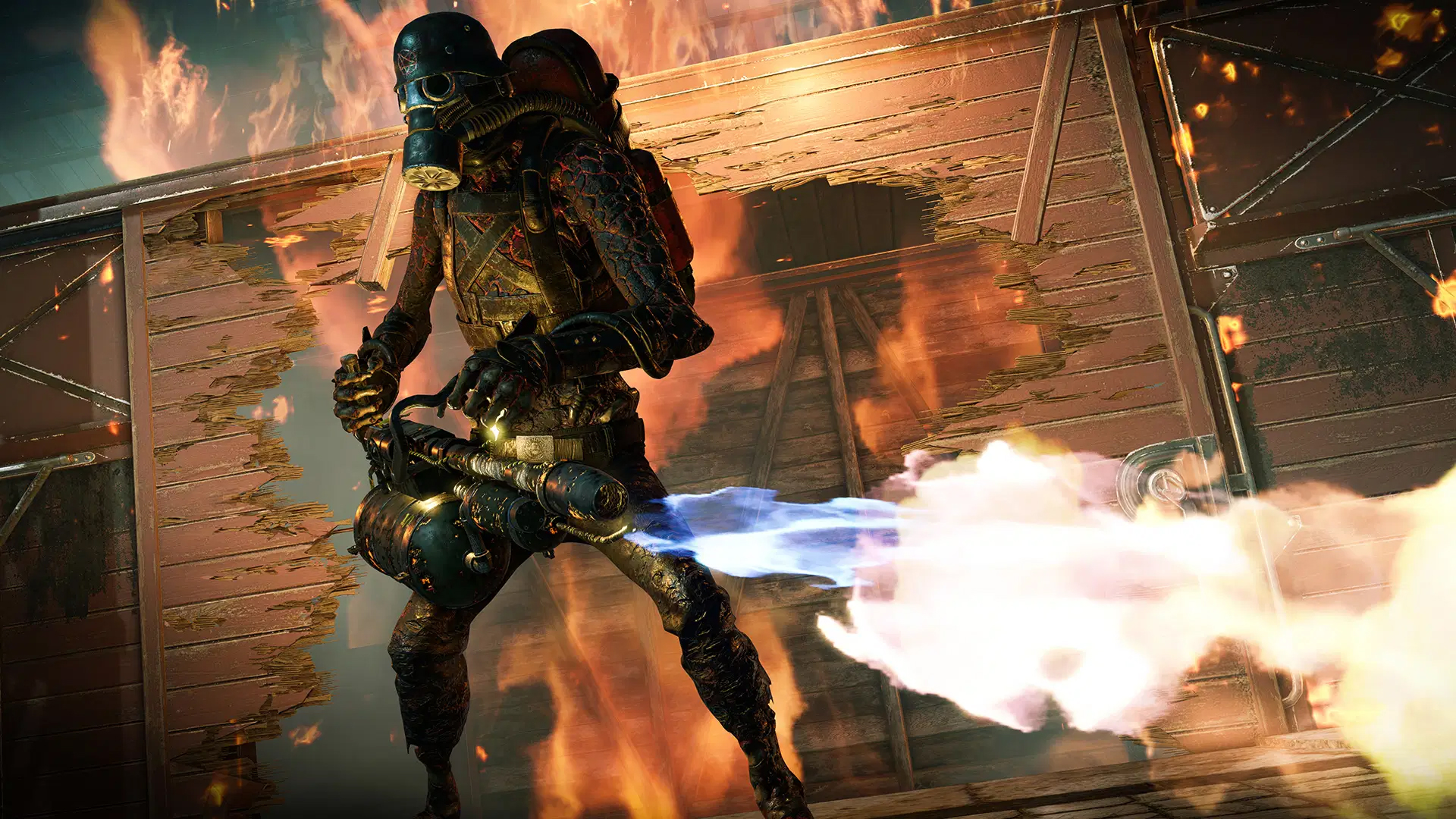 Through 2000 AD comics, the developer has access to the two aforementioned properties and has produced games based on both of them. The reception to each was less than stellar, but a return to those properties or even a sidestep to any of 2000 AD’s hundreds of stories could well provide invigorating shake-ups to firmly established genres through the unique environments and rules of their story worlds.

However, while 2000 AD is home to a diverse array of stories and characters, it possesses a strong tendency towards futuristic sci-fi, which the gaming world is already awash with. Rebellion’s book publishing arms, Solaris and Abaddon, are far more intriguing avenues for promising properties that could easily fit within the established norms of video game genres.

The After the War stories would make for sprawling RPGs capable of turning the genre on its head. Adrian Tchaikovsky and Justina Robson’s world is deeply subversive of the normal tropes of European-inspired fantasy. Dave Hutchinson’s The Return of the Incredible Exploding Man could make for an intriguing Telltale-styled adventure or even an investigation game — an L.A. Noire writ small or The Sinking City made contemporary.

One of the most enticing adaptations of all would be an action adventure set in the world of David Mogo, Godhunter by Suyi Davies Okungbowa. All of the gameplay tropes of inventory management, deep combat, and skills being lost and gained are present and accounted for, wrapped up in an aesthetic and mythology that mainstream games have dared not touch: Nigeria, a fallen Lagos, and the incursion of Yoruba gods into our world. The setting is a tantalizing prospect.

For all the potential for amazing games, reality must intercede. Even though different arms of Rebellion hold the publication rights to these properties, that does not automatically mean Rebellion Developments can create games based on them; licensing contracts are rarely so straightforward. Moreover, the studio’s specialty lies in shooters, and deviating from that comfort zone may cause difficulties in execution.

Nonetheless, history shows that mid-size studios that have the courage to try something fresh can reap enormous rewards. Remedy Entertainment and From Software created Game of the Year contenders last year with Control and Sekiro: Shadows Die Twice. Asobo Studio and Spiders created a pair of the most memorable AA adventures of 2019 with A Plague Tale: Innocence and GreedFall. Going back further, bold breakout teams left indelible marks on the industry with the likes of Life is Strange, Kingdom Come: Deliverance, Dishonored, BioShock, and Gone Home. Rebellion Developments is more than capable of joining such illustrious company if only it dares to be a little bolder than snipers, zombies, and revivals.

This is not a hatchet job; it is a call, a cry, for a studio with access to an unparalleled archive of creativity to tap into that and carry forward a spirit of boldness. Rebellion Developments could be an industry leader, if only it seizes the opportunity.