Like many RPG fans, Spiders CEO Jehanne Rousseau loves BioWare’s classic Mass Effect, Dragon Age, and Knights of the Old Republic games but was disappointed by the developer’s recent work. She still hopes the company can return to its roots, but for now her team is working to make the games they want to play.

“We are creating them now not to replace [BioWare] but to fill the void in some ways,” Rousseau said. “We can’t really compare. We don’t have the same size teams and budget, but we really try to continue creating games we love. We hope that players will like it and that players that enjoyed playing story-driven RPGs like the games from BioWare will enjoy playing GreedFall.”

Set to release on Sept. 10, GreedFall is set in a fantasy world inspired by the 17th century colonization of the Americas by European powers. Rousseau said she chose the setting to emphasize exploration and politics. 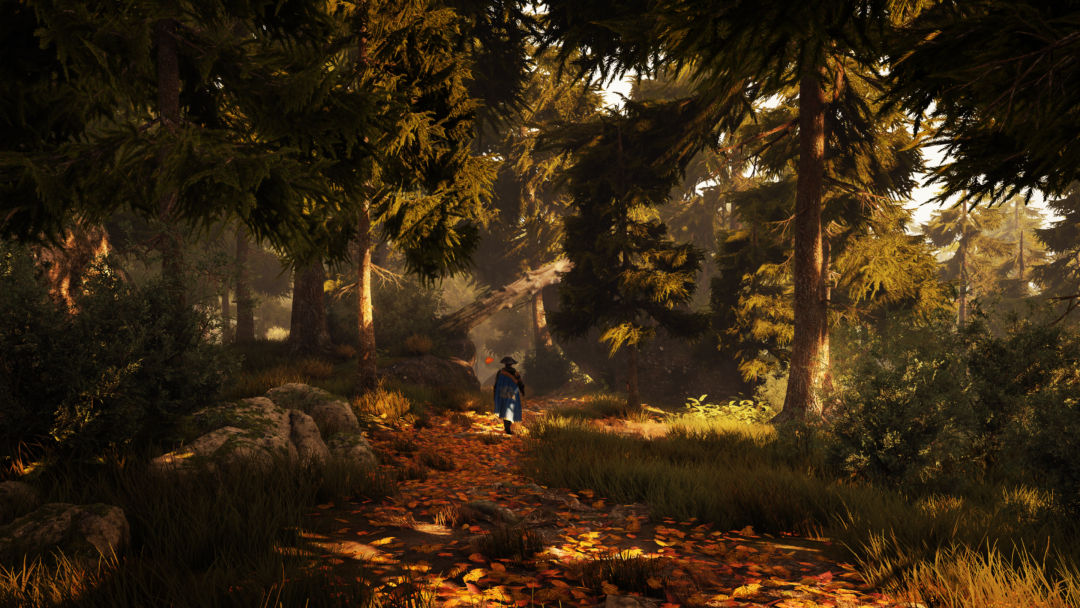 “I didn’t want to do classical heroic fantasy, which is mostly inspired by medieval times, because I’ve seen too much of that,” she said. “I love Tolkien, but it’s a little overused and we wanted something new. Our art director began drawing some amazing costumes and landscapes with people with long coats. We were very quickly convinced and began creating this universe based on that.”

Players will be part of the Congregation of Merchants, a group focused on commerce and diplomacy, and will have to navigate the interests of the game’s other factions: the theocratic Theleme, scientifically focused Bridge Alliance, Coin Guard mercenaries, seafaring Nauts, and the natives of the contested island of Teer Fradee.

“By doing some quests and talking and discussing with the different factions’ leaders you will be able to influence the relationship of your faction toward them and them towards your faction,” Rousseau said. “You can even, through some sidequests, influence their point of view and their philosophy.”

No faction is a monolith, and player decisions affect which sub-faction will be ascendant. When working with Theleme, players can side with the Inquisitors, who take a hardline convert-or-die approach to the natives, or with the Missionaries, who believe that they will eventually win converts to their faith by living peacefully with the locals. Some native clans believe that they can profit from the riches and weapons the settlers brought with them, while others want to drive them back into the sea.

“There are no really good guys,” Rousseau said. “There are some good people amongst these factions, but it’s very difficult to say that a whole faction is good or bad. They are a mix of different things.”

The player’s relationship with the factions will be in part shaped by the game’s five companion characters, who will support the player character in combat, crafting, and diplomacy. Players will have two companions accompanying them at a time, and choosing whom to bring along can affect quest outcomes, since companions can provide vital information about their own factions but will get a hostile reception if you bring them to meet an enemy leader.

“You should be careful about your team not only for the fights but also for the discussions,” Rousseau said. 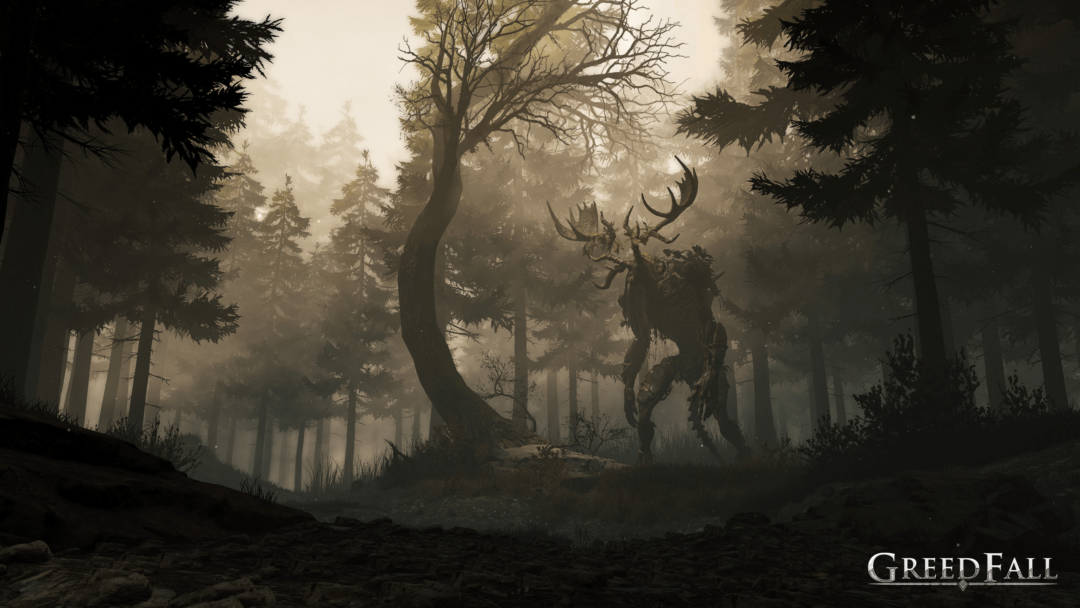 Opposing a companion’s faction too many times can cause them to become unfriendly to you or even leave the party. But bolster their relationships enough and you could get romantically involved. Four of the companions can be romanced, and two of the characters will be open to homosexual relationships.

“Doing an historical game and allowing same-sex romance was a real question,” Rousseau said. “I wanted to have some because I think it’s important to players that we have this. Spending some time to read some history about sailors at the time and some real native people from different regions of the world, some of these people were allowing same-sex marriage at the time and sailors were able to marry on the ships.”

GreedFall is by far the biggest game Spiders has worked on. The developer’s 2013 cyberpunk RPG Mars: War Logs took nine months and €600,000, while GreedFall has taken three years and €5 million. The team also expanded from 35 to 50 people during the development.

“It’s still small,” Rousseau said. “We’re not BioWare or CD Projekt and we know that. But for us it’s a big step.”

One of the ways Spiders has been able to keep growing is by building on past work. The companion, crafting, and inventory systems in GreedFall are borrowed from the developer’s 2016 action RPG The Technomancer, but the new game will have more open levels and a story mode at launch that will make fights very easy for players just looking to experience the plot. The combat system has been reworked for better balance and to allow players to pause and gain more information about their enemies. The bigger budget also allowed for significant improvements in animation, including the use of motion capture. 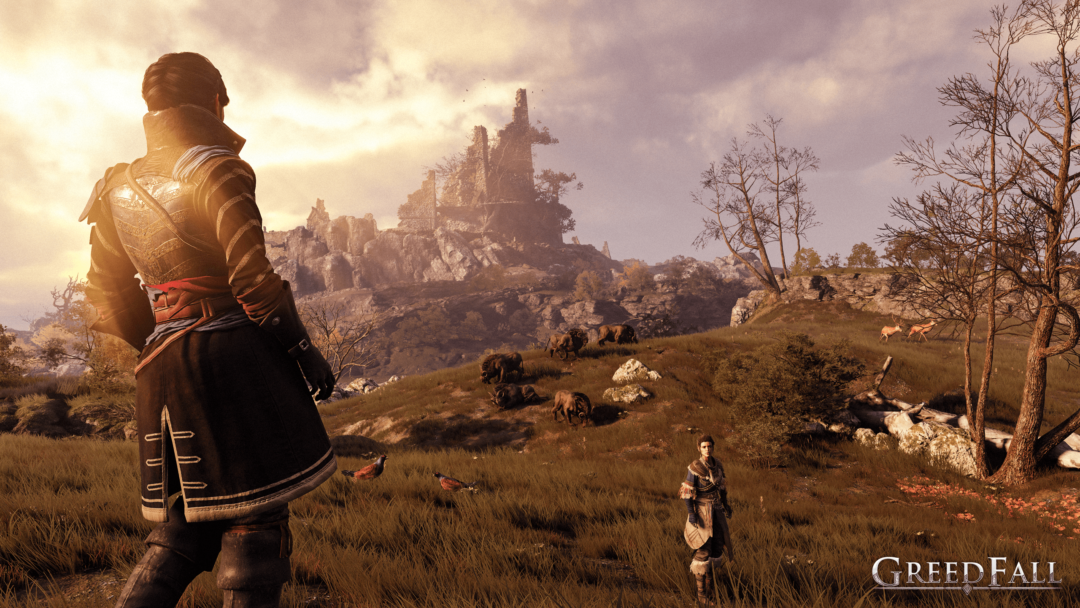 Rousseau has also taken lessons from other RPGs when shaping GreedFall’s mechanics. Rather than a true open world, players will move between zones in a way that resembles Dragon Age. While a few areas will be gated based on plot events, players will be able to go almost anywhere once they complete the prologue, but that doesn’t mean you should since you might wind up facing enemies that are much too powerful for you.

“You don’t have the feeling of progress if the monsters are also progressing,” Rousseau said. “I remember years ago I was playing Oblivion and I was so disappointed to see that the monsters were level scaling. After a while you could meet some rats that were level 45 and it was so boring.”

Follow the main quest and you’ll mostly encounter monsters of your character’s level, and if you stay on the main road you should be relatively safe even in higher-level areas. But Rousseau said avoiding level scaling also builds on GreedFall’s themes.

“Using stealth, you can discover some hidden treasures even if you should not be in that area,” she said. “This is something that can be rewarding for the player to encourage them to discover and to explore.”

Spiders is currently in the process of being acquired by Bigben Interactive, and Rousseau is excited by the prospect of having a larger company fund her 11-year-old studio’s growth. 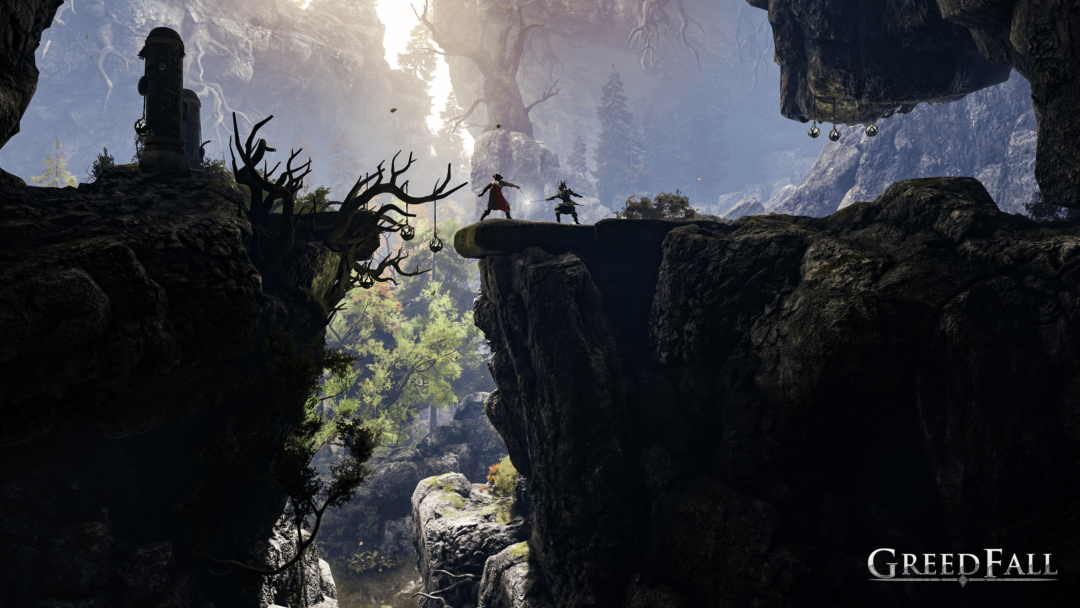 “I’m more a creator,” she said. “I’m someone who’s designing a universe and characters. I took the job because no one else wanted to do it. I will still lead the studio, but I won’t have to spend that much time doing financial negotiation with external people.”

Bucking the games-as-service trend, Spiders has no plans to release DLC to go with GreedFall. Instead Rousseau said they’re already working on concept art and the universe for their next game.

GreedFall will release on Sept. 10 for PC, PlayStation 4, and Xbox One.