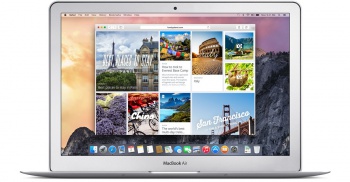 Retina iMac desktops and the next generation of iPads may be announced in less than two weeks.

Apple may have only just launched the iPhone 6, but that’s not stopping it from refreshing the rest of its hardware lines. According to Re/code, Apple’s next big announcements are coming on October 16: the next generation of iPad models and iMac desktops with Retina displays.

The website 9 to 5 Mac is adding fuel to the Retina iMac fire with reports that it could support resolutions between 4096×2304 and 6400×3600. As Digital Trends points out, new iMacs might receive a graphics card boost, since they’re currently loaded with the slightly outdated Nvidia 700M series.

Though unconfirmed, this aligns with a previous report that OS X Yosemite would launch alongside a 4K Apple desktop in October, along with a 12″ MacBook Air. Either way, we’ll find out soon enough: October 16 is less than two weeks away.