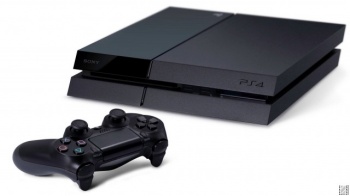 The “PS4.5” will reportedly be able to support 4K gaming.

An unnamed source has told Kotaku that Sony is working on an incremental hardware update for the PlayStation 4. This “PS4.5” would reportedly allow PS4 games to be played in 4K resolution, as well as offer increased graphical grunt for gamers wishing to make better use of the PlayStation VR headset.

It’s currently unclear if this upgrade will function as a kind of physical add-on to current PS4’s (like those old Sega consoles), or if it will be an entirely new system (like the new Nintendo 3DS). We’ve also got no clue on when (or if) it will be released, with one developer reportedly stating that the console felt “exploratory” and it may not even be released this year.

Microsoft recently announced its own, similar vision for consoles that are upgradable like a PC.

While it certainly would be nice for the PS4 and Xbox One to be able to have enough graphically horsepower to finally render games at 1080p/60 FPS consistently (and possible even the lofty “4K resolution” dream), I’m fairly doubtful of this “PS4.5” at this stage. Sony’s strength so far has been that it’s machine is simple, and cheaper than the competition. Complicating it with an additional upgrade, or worse, releasing a brand new console that makes early adopters feel obsolete, doesn’t seem like a good idea.

We have reached out to Sony who have of course declined to comment. Take this one with a grain of salt, folks.

Check Out The Full Battleborn Character Roster With These Images

Indiana Jones 5 Will be Penned by Crystal Skull Writer