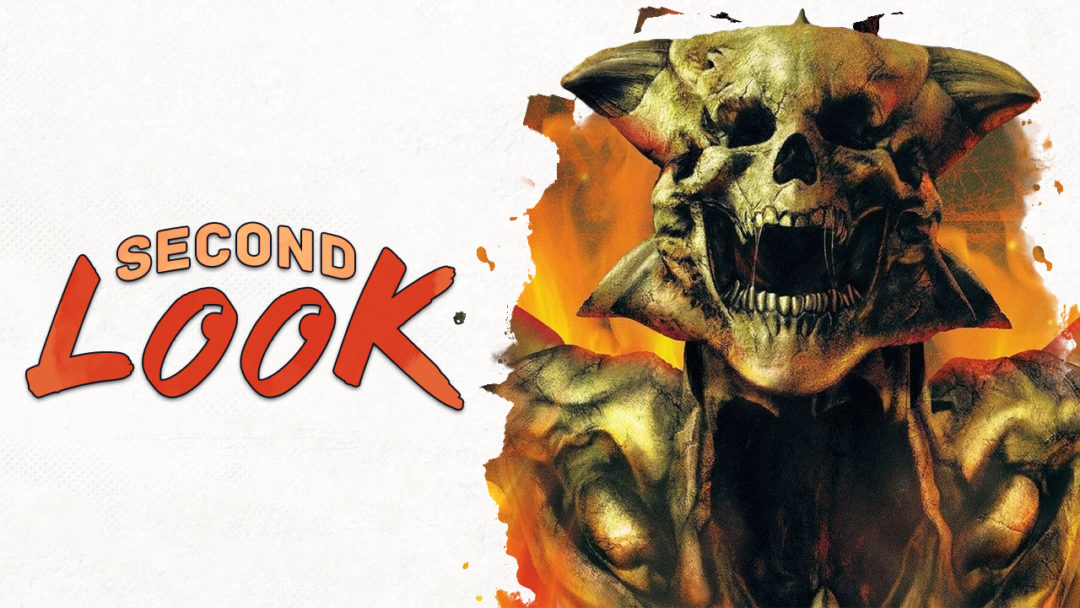 Doom 3 has been seen as either a misunderstood work of genius or a sign that id Software lost sight of why people loved its games once co-founder John Romero left the studio. I find Doom 3’s notorious status more than a little ironic. Despite some genuine attempts at scares, it’s still an arena shooter. It’s just a slower-paced one with a heavier emphasis on lighting. Doom 3: Resurrection of Evil would do much to correct this.

Going into the main campaign of Doom 3, I embraced the original gameplay style. Doom 3: BFG Edition gives you constant access to your flashlight, while Doom 3 originally limited it to when you held your pistol, so I played like that was still the case. The developers expected you to heavily rely on the pistol given its deep ammo pool, relative precision, and fast reload speed. It’s not the Halo magnum, but it gets the job done while still making you feel wildly out of your depth when you’re fighting demons in dark hallways.

There are often clear visual cues showing where to aim. Demons glow or cast a shadowy figure against the sparse lighting. Confirmed hits turn your reticle red, helping you zero in on your targets. Gore also tends to fly off enemies you’ve hit. The cramped levels leave only a few options for surprises, but the amount of ambushes can get annoying at times. But once you get into the flow of things, the game’s pacing makes perfect sense.

Doom 3 expects you to duck and weave rather than just strafe in a single direction. Shotgun blasts are perfectly timed for popping out of cover or around a corner. Gun-wielding enemies like possessed marines reload just as slowly as you do, so you’re incentivized to retreat while they’re temporarily disarmed. By contrast, you’re rewarded for getting up close and personal when fighting demons and cybrids. You can do substantially higher damage to your foes if you’re willing to risk them cleaving your health to pieces. 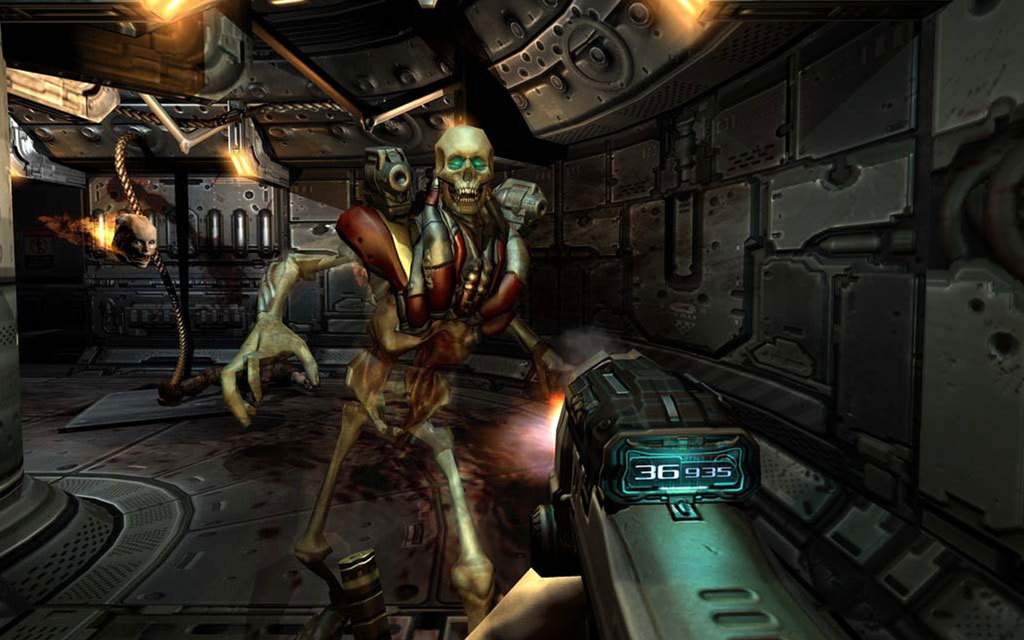 The problem with Doom 3 isn’t a lack of atmosphere, technological skill, or interesting gameplay mechanics, though its touch screens and PDA are more cumbersome than useful after the first hour of play. The real problem is that Doom 3 has nothing to offer outside of its initial concept. It may be one of the blandest horror games ever published. It has the same problems as Doom 2016’s Hell chapters, where outside of the occasional twist or new weapon you’re really just working your way through creepy arenas with just a sliver of narrative to keep you going. In both cases, fighting hellish monsters is initially unsettling but becomes downright pedestrian.

The Hell chapters start well past six hours into Doom 2016, and id isn’t the only developer to run out of ideas late in a game. But in Doom 3 the lull occurs by the third hour. The promise of the game’s Aliens-inspired opening and impressive cinematography doesn’t last. Soon you can barely understanding what Master Sergeant Thomas Kelly is yapping in your ear over the static even though his orders boil down to “go here,” “kill something,” or “push a button.” All the narrative setup just explains why a mad scientist is mad, which isn’t a really stunning revelation.

It doesn’t help that you’re given two of the most powerful weapons, the assault rifle and plasma rifle, before you’re halfway through the game. Worse still, they’re both spray-and-pray automatic weapons that require far less skill to use than the shotgun, rocket launcher, hand grenades, or pistol. Nothing evolves, and the plot is tangential to your journey, leaving you feeling like a glorified extra in someone else’s story.

Now, is Doom 3 a bad game? Of course not. It’s perfectly playable. There are novelties like the ability to kill civilians whenever you please like in Half-Life, and the gameplay actually shifts based on your choices. Unfortunately, it doesn’t let players figure things out for themselves. It’s just too conservative an experience to really push its ideas to the forefront. 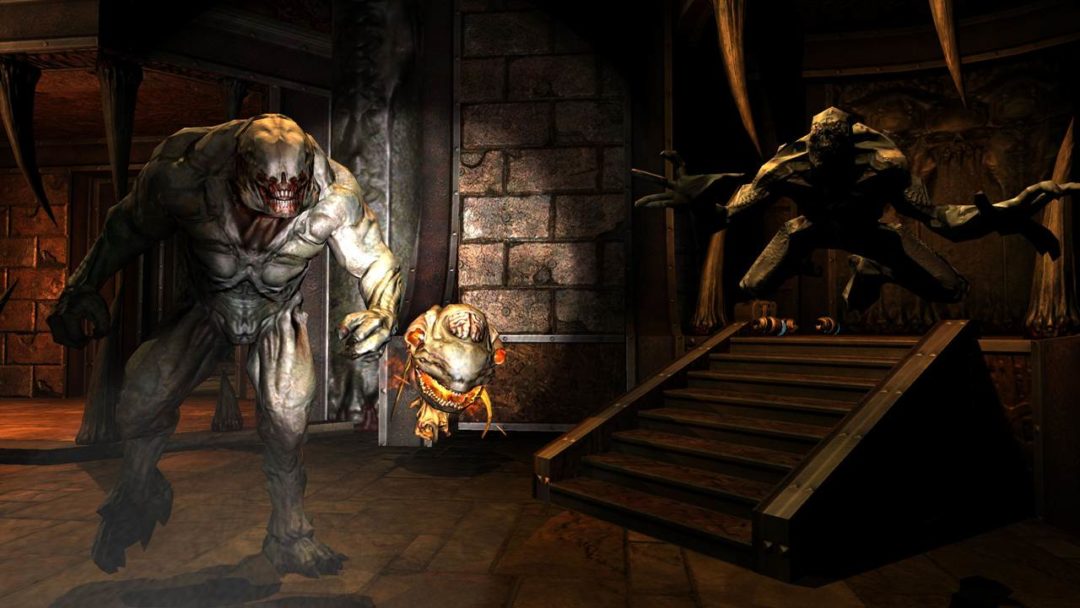 This is why Doom 3’s expansion, Resurrection of Evil, is so critical. Developed by Nerve Software, a studio founded by a former id employee, the game is an answer to criticisms regarding Doom 3’s lighting and scenario design. It runs far shorter, lasting around three hours, and serves as an epilogue to the main game. It also happens to be superior to Doom 3 in virtually every regard. It improves on the gameplay and aesthetics, ties up narrative loose ends left behind by the main game, and brings back the double-barreled shotgun in all its glory.

Resurrection of Evil hands you a shotgun, a gravity gun, and the ability to slow down time within minutes of starting the game. It’s a game packed with novelty bound by purpose. Every level has unique lighting, layout, and enemy encounters that fit thematically.

Enemies tend to be specific to certain environments rather than constantly cycled in with additional threats as the campaign progresses. The order you collect your weapons emphasizes skillful shots over spray-and-pray. The plasma rifle is the penultimate weapon before the BFG. Enemy spawns are better timed, often set to the pace of reloading the double-barreled shotgun. Audio cues are clearer so you can tell when you’re being ambushed without relying on Doom 3’s lackluster damage indicator. Health kits and armor are sparser, forcing you to rely more on rapid dodging and exploration.

The artifact that slows time has limited charges (outside of a few key sequences), ensuring you don’t overuse it. The Grabber differs from Half-Life 2’s gravity gun by having a limited charge and more direct combat use against specific enemy attacks. The two can be combined to turn multiple enemy attacks against your foes and greatly increase the versatility of explosive barrels. Neither redefines Doom 3’s gameplay, but their inclusion was appreciated enough that even id’s own bonus expansion, The Lost Mission, reintroduced the Grabber. 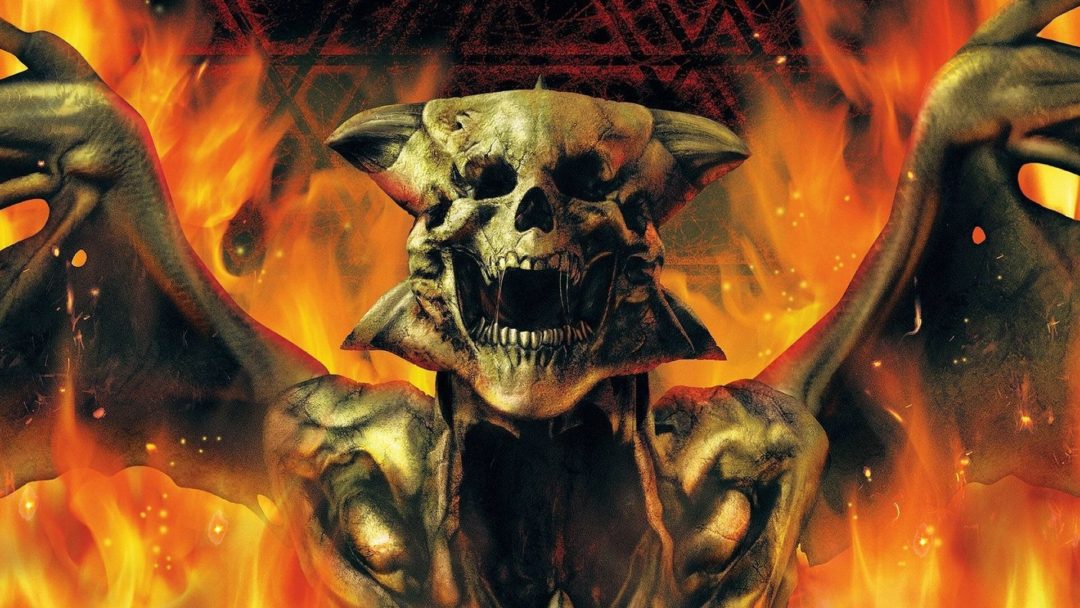 Encounters are much more intimate, including tight fights in radioactive sewers, large arenas with little oxygen, and torn up offices. Even Doom 3’s infamous emphasis on shadows and somber lighting is properly harnessed here, allowing for enemy silhouettes, a broader range of colors, and visual design that conveys whole paragraphs’ worth of atmosphere.

Perhaps Resurrection’s most vivid use of this is the Hell Knight hallway scenario. It’s just a hallway with one elbow turn, yet between the lighting, sound design, and enemy placement, this simple encounter raises your blood pressure. Flashes of blue plasma threaten certain death, making you want to retreat. However, with so little room to maneuver, you’re forced to fight your enemies head on. It’s drenched in the sort of evocative and unsettling aesthetic Doom 3 was created for. It uses systemic, natural gameplay and level design rather than scripted cutscenes to both establish this scenario and unnerve you.

Resurrection of Evil also features three giant boss fights against unique demon variants. None of them break the game design mold, but what they lack in innovation, they make up for in execution. They’re not set pieces in disguise but legitimate opponents you have to analyze to win the day. The expansion also adds more navigational puzzle elements that reward observant players.

You even have a voice on your comms that’s actually worth listening to. Jennifer Hale’s Dr. Elizabeth McNeil is the lead scientist of a recovery and containment mission trying to prevent Hell’s emergence. She puts her own life on the line to ensure your success and doesn’t browbeat you. You can also understand what she’s saying. It’s still a B-movie sci-fi horror campfest, but at least the new and returning voice actors sell it better. 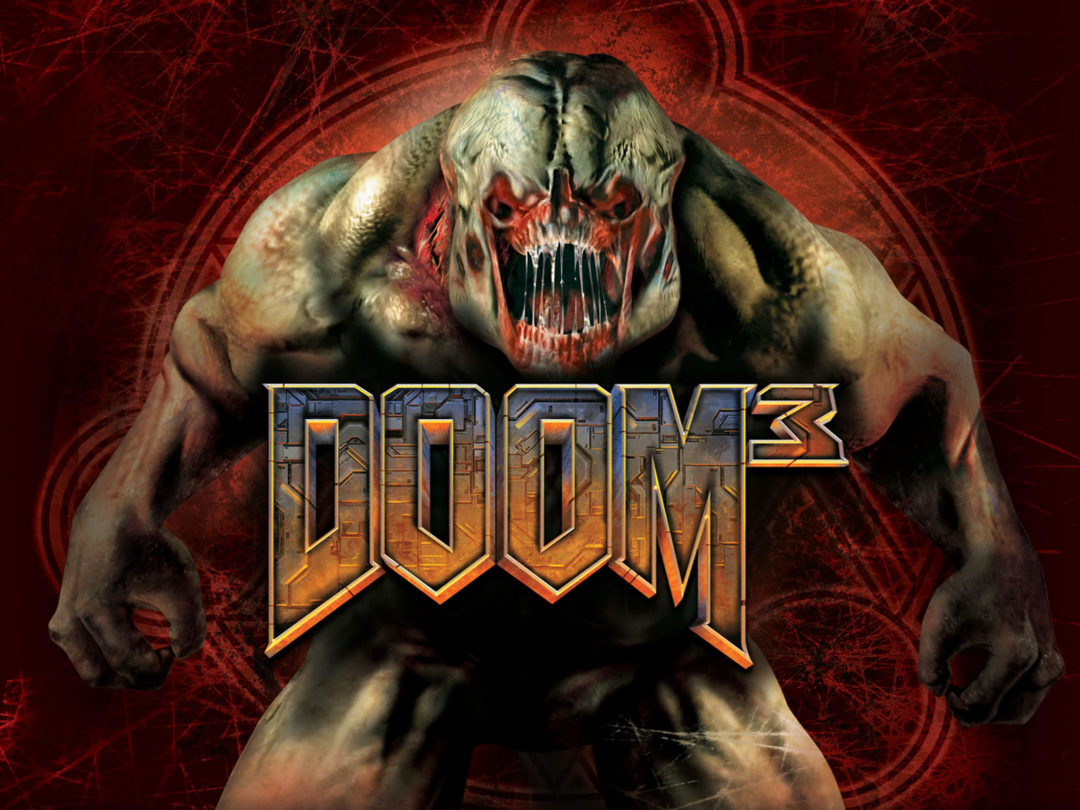 Even the brief runtime works in Resurrection’s favor. Just as you’re at peak power level — spamming rockets, slowing down time, and zapping ghouls with your plasma rifle — the story wraps up enough to close the door on this chapter in the Doom universe.

Doom 3 ushered in a new age for horror-shooter subgenre. F.E.A.R. released roughly a year later and was soon followed by Resident Evil 4, Condemned, and Dead Space. Finally, horror games could be harrowing and also play well. All the right pieces were clearly in place, but id Software just couldn’t quite figure out how to make them fit together.

That’s why I’m so grateful for Nerve Software’s expansion. Now that most major horror titles are relying on run-and-hide tactics, playing Resurrection of Evil feels like coming home. It’s precisely what a horror shooter should be and deserves to be credited as more than just an epilogue chapter to Doom 3. It was a hell of a good time.