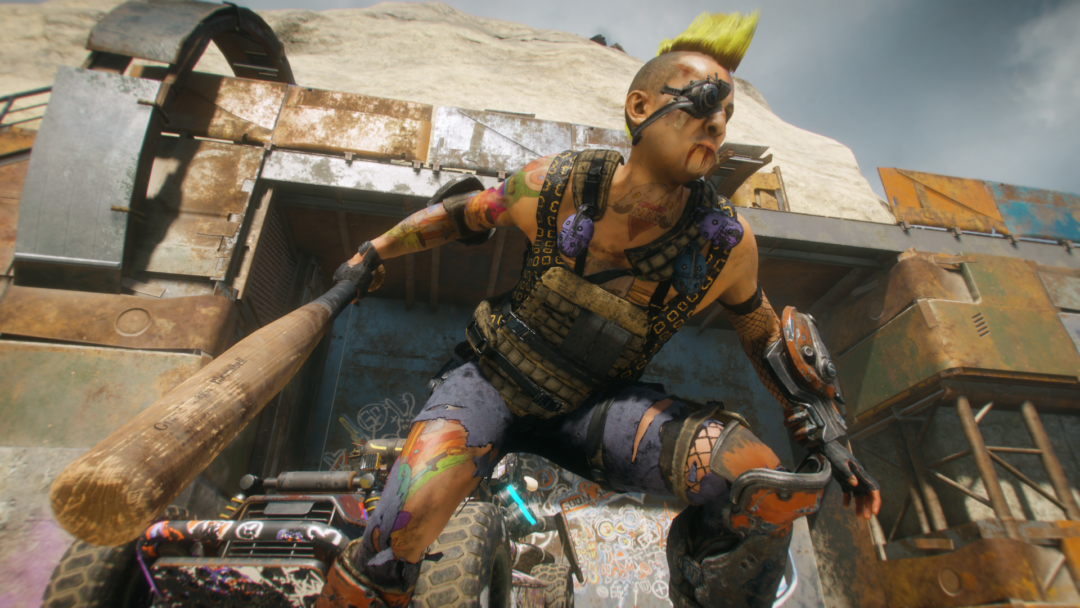 Chaos reigns supreme in id Software’s ouvre. The legendary studio behind classics like Doom and Wolfenstein are renowned for creating frenetic first-person shooters emphasizing explosive off-the-wall action over story. Even after being bought by Bethesda’s parent company Zenimax in 2009, id maintained its identity as an all kills, no frills developer through 2016’s critically lauded Doom soft reboot and when partnering with Machine Games for 2014’s Nazi-slaughtering bloodbath Wolfenstein: The New Order. That style and pedigree continues in id and Avalanche’s Mad Max-esque open world shoot ‘em up Rage 2, albeit with mixed results. Rage 2 is chaotic to the point of being disorganized and a slew of poor design choices undermine the rest of the enthrallingly bonkers gameplay.

The first victim of Rage 2’s inconsistency is its story. Rage 2stars Walker, a male or female ranger who ventures across a post-apocalyptic wasteland after their home gets demolished by the Authority, a militaristic race of cyborgs plotting world domination. Walker must gather enough allies, resources, weapons, and abilities to outsmart, outgun, and out-massacre their enemies.

This story seems serviceable at first. The minimalist revenge fantasy just needs to support the high-octane action andRage 2’s gunplay is as riotously debaucherous as Doom’s. The shotgun turns bandits and mutants into meaty chunks, and headshots with the assault rifle cause skull implosions with blood stream’s thick enough to lather your hair. Standard abilities like double jump, ground pound, and dash (i.e. dodge) perfectly compliment this shooter’s fluidity and constant motion. Rage 2 had the potential to be an exhilarating shooter where the simple plot acts as connective tissue. 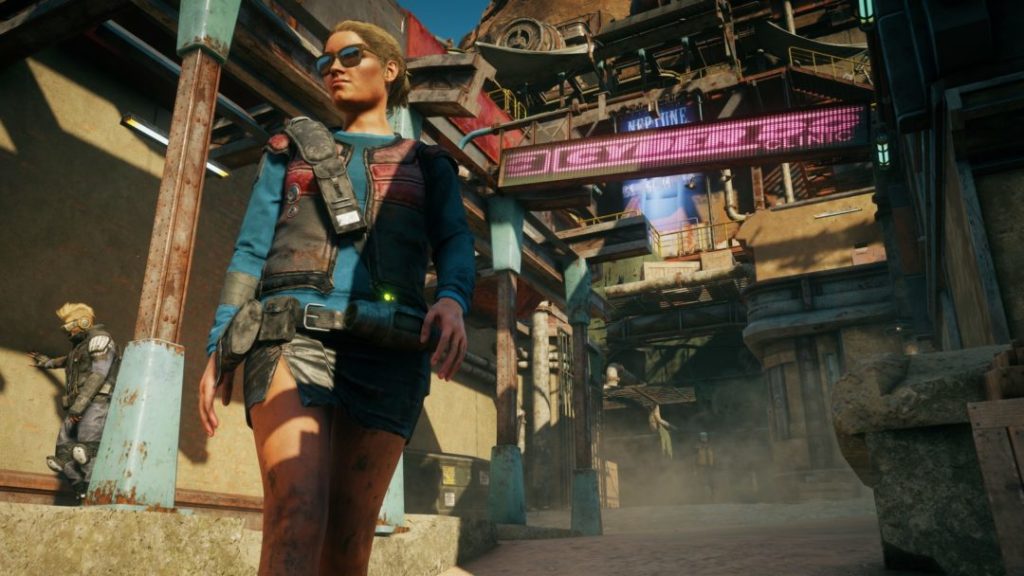 The banal story, poorly written characters, and atrocious pacing are constantly interrupting the fun, though. Rage 2 is an open world with vast empty lands to travel, mundane tasks to accomplish, and lifeless settlements to explore. Side quests are directionless, discoverable nonstory related levels with detailed lore are few and far between, and attempts to inject some comedy into the plot’s empty husk with characters like the third-person referencing musclehead Klegg Clayton are embarrassingly ineffective.

Rage 2 fails at almost everything except combat.

Rage 2 fails at almost everything except combat. It tries to mimic Borderlands’ tone, but the writing isn’t clever enough and character development is nonexistent. Despite being inspired by Mad Max, the driving gameplay is atrocious, especially compared to Avalanche’s own Mad Max game. The menu system and quests logs are laid out in nonsensical disarray. The upgrade and resource system is horribly explained, requiring you to repeatedly hunt for resources with a barely functional proximity radar.

The ultimate deal breaker is Rage 2’s pacing. In well designed games, the player accrues new weapons and abilities in ways that keep the experience from becoming stale, but Rage 2’s perks are divested from the main story. Weapons and abilities are mostly found in unmarked locations across the wasteland. Rage 2 halts the action, the game’s best attribute by far, in order to force the player to partake in mundane gameplay that’s antithetical to id’s mayhemic design philosophy.

Playing Rage 2 is infuriating. Despite the exemplary action and fluid controls, the shooter is cluttered with core design flaws that impeded my enjoyment. There is a damn good game buried underneath the low stakes story that’s filled with cutscenes that are interrupted by other cutscenes meant to explain a new character’s contrived backstory, and set in a world that lacks personality. Unfortunately, what we got is Avalanche’s Rage 2. Any game bearing id’s legacy should be all-play and no work, yet Rage 2 is too much work with not enough play.