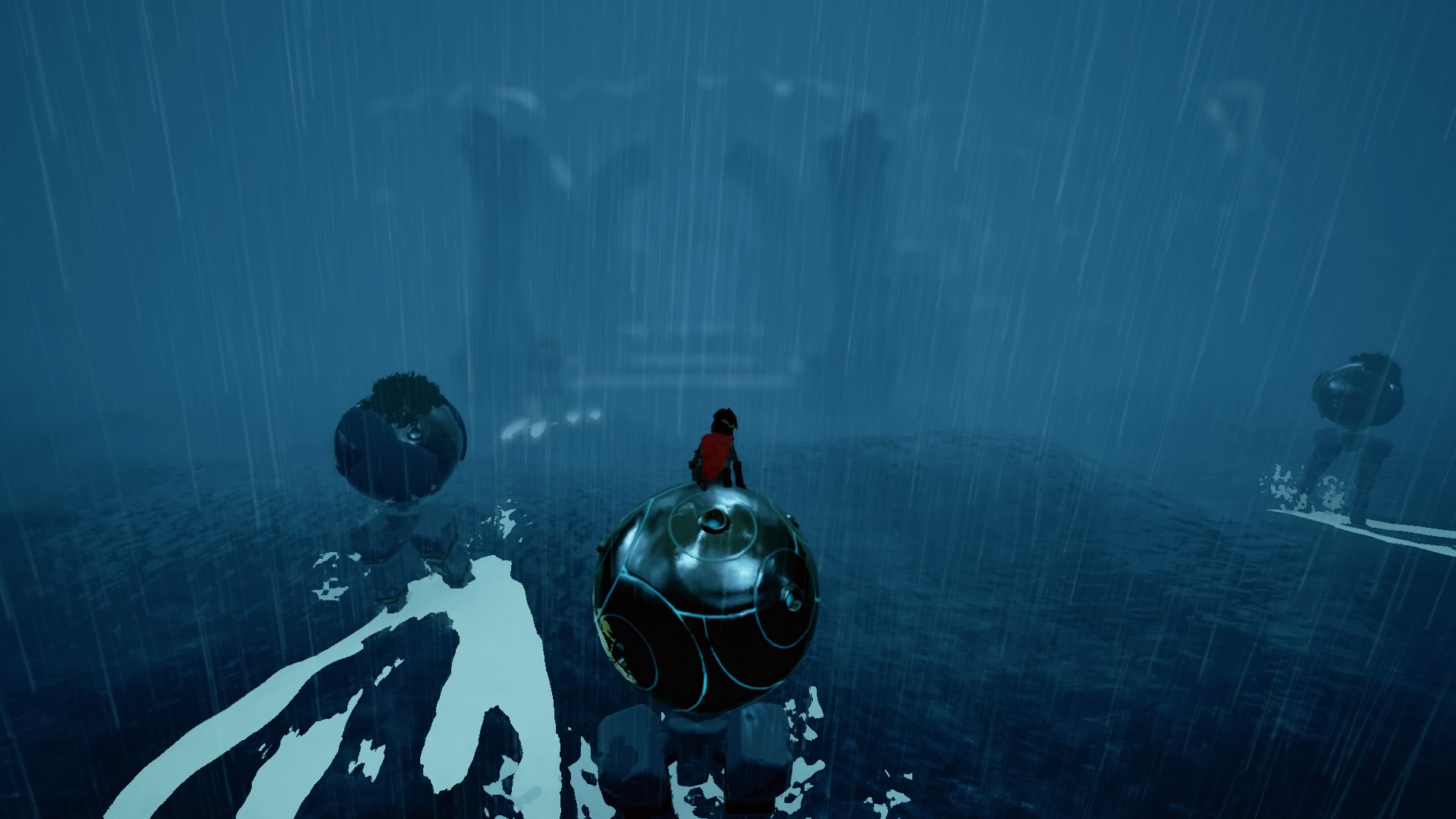 The depressing island you’ll explore in Chapter 4 is pretty complex. There are tons of hard-to-spot nooks and crannies, and some of the collectibles are hidden in places you’d never think to look on your own.

If you’re hungry to 100% RiME, if you’re missing just a handful of collectibles and need locations for the rest, or if you need screenshots to show you the way, we’ve got you covered.

Emblem #16: Right at the start, look left of the giant mural. There’s a white chalk-marked ledge that leads to the first collectible.

Emblem #17: After the short cutscene with the shades, follow the fox and look right in the area with the sentinels emerging from the passage. There’s an optional path that leads far (and up) to a secret emblem location above the statue chamber.

Keyhole #8: Later, passing through the gold door where a sentinel merges to open the path forward, another sentinel will kick down a pillar to use as a ramp. Follow the fox to the outer walls and go down the steps. Further down, there’s a path around the corner on the right.

Emblem #18: Through the second gold door, run to the back corner and turn left to spot this easy (and final) emblem. This is right before the third sentinel door.

Toy #7: Ship – In the area where you need to collect four statues, circle around to the far end, opposite from the entrance and follow the ledge path that (eventually) leads to a soul statue. On the pillar with three rectangles, the path actually splits — jump up one step higher and move toward the ledge with the broken archway. A toy collectible is hidden here.

Keyhole #8: The last keyhole can only be accessed after the kid has become a shadow. When you’re all in black, go right and climb the stairs, following the path to the first statue — instead of going right, go left at the top of the stairs. The door here is now open. Go inside, then go around the corner on your left to spot the last keyhole.

Outfit #6: To get the last outfit, you’ll need to return to the first glowing soul statues and shout at it again. Doing so will turn it back into stone. The first statue is the one on the bridge above the entrance, closest to the crying child statue. After shouting, return to the statue’s previous location to find your outfit.

White Shade #4: After turning into a shade, move toward the central building, but don’t go inside yet. Shove through the crowd of shades on the left — its tricky, but there is a tiny space you can squeeze through on the left. Once you get by them, keep moving to find a room with the final white shade.

That’s everything in Chapter 4. Check the links above the article proper for even more RiME guides.