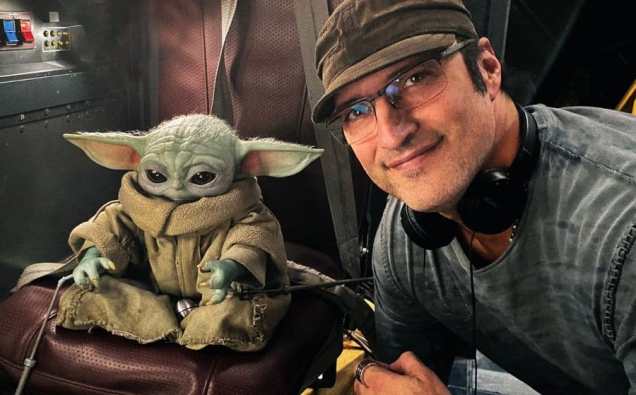 The big-name Star Wars directing news is coming fast and furious thanks to yesterday being “May the Fourth.” Yesterday we found out that Taika Waititi will be directing a feature film for the franchise, and subsequently Robert Rodriguez and Peyton Reed confirmed that they will be directing at least one episode each of season 2 of The Mandalorian. Rodriguez and Reed respectively posted photos sharing the news.

I am truly humbled to say I have now had the very rare privilege of directing the biggest star in the universe. @StarWars #TheMandalorian #MayThe4th #StarWarsDay pic.twitter.com/pcmzOHfgaW

It’s unclear how many episodes of the show Rodriguez and Reed directed. In the first season, Dave Filoni, Rick Famuyiwa, and Deborah Chow all directed two episodes with Bryce Dallas Howard and Taika Waititi directing one each. It is confirmed that Filoni, Famuyiwa, series creator Jon Favreau, and cast member Carl Weathers directed episodes in season 2 as well.

One of the unique features of The Mandalorian is Favreau’s ability to pull in respected directors to make single episodes of the show. It paid off in big ways last year, with each episode almost feeling like its own unique film, taking on the characteristic of the director in charge and making the entire thing feel much more like a true cinematic experience. Robert Rodriguez’s history includes Sin City and Spy Kids, so he’s good with both violent action and over-the-top fun and it will be interesting to see which side of him we get here. Meanwhile, Peyton Reed built up his career on romantic comedies and television but graduated to action with Ant-Man.

Season 2 of The Mandalorian will premiere this fall and may feature some recognizable characters.