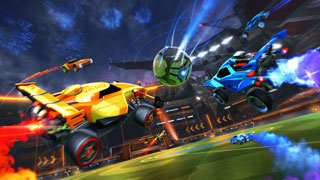 Using certain words in Rocket League chat could get you suspended or even permanently banned from the game.

If you’ve ever thought that the language in Rocket League chat was a bit out of control, Psyonix is releasing a new system that should help clean things up a bit. This new “language ban” system will automatically ban players who get reported for using certain words in chat. It was announced in a news post on the game’s official site.

When the system goes live this week, the list will contain 20 words and variants. Psyonix isn’t sharing the words on the list, of course, but the company did say that it includes racial slurs. The list will also grow and evolve over time, and will include words from multiple languages.

What’s interesting it some words apparently can trigger faster bans. “Each word has its own threshold, and once a threshold for any word has been reached, that player will be automatically subject to a ban,” writes the company. “These bans will typically start at 24 hours, then escalate to 72 hours, one week, and finally, a permanent ban.”

The company says that it receives “thousands of reports” daily, and that the majority of them are “tied to in-game abuse and harassment — typically in the form of abusive language.” This new system will look to curb some of that. The new ban system will automate the process somewhat, and will also reassure players that something is being done about the players that are being reported.

Psyonix asks the community, “If you see another player using abusive language during your match, please report them, mute them, and let us take care of the rest.”

The Summer Games Return to Overwatch Next Week

Friday the 13th: The Game Has Sold 1.8 Million Copies, and a Physical Version is Coming in October