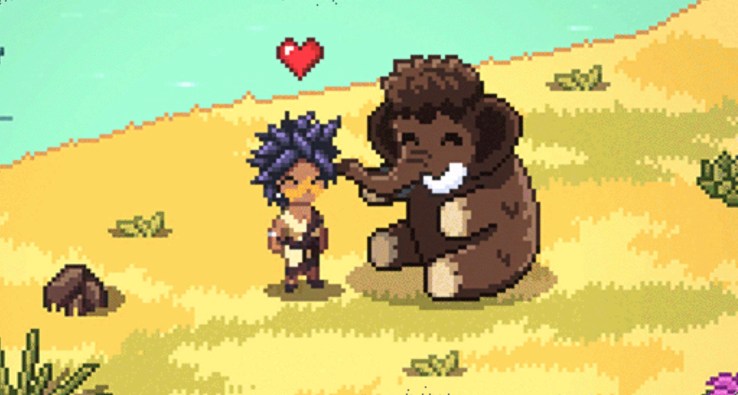 Publisher Crytivo and developer Soda Den have shared the release date trailer for Roots of Pacha, a life sim that looks like a stone age version of Stardew Valley, and it’s coming to PC via Steam on April 25, 2023. Outside of confirming a spring release, the video showcases three minutes of gameplay that highlights how players will spend their time. From gardening to communicating with mystic beings, you can see everything in store in the Roots of Pacha release date trailer below.

Every civilization has a beginning, and you’ll be able to create your own in Roots of Pacha. That means getting to know the rest of your caveman community while learning to survive, but that doesn’t mean you won’t have the chance to have some fun along the way. Roots of Pacha gives players customization tools that allow for not only a personalized protagonist, but custom-made pottery, rugs, and more, too. You can even alter them pixel by pixel.

Roots of Pacha can be a very personal experience, but players don’t have to embark on their journey alone thanks to the option to play with others in co-op. Expect to jump into a stone age world complete with prehistoric wildlife come next year.