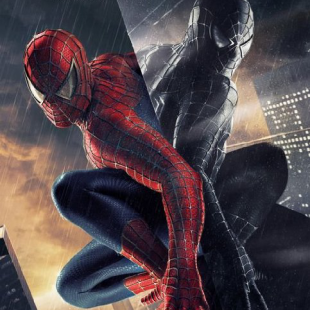 Director Sam Raimi “didn’t really believe in all the characters” in Spider-Man 3.

I can still remember sitting in the theater watching Spider-Man 3 with my girlfriend (now wife). I had read some mixed reviews about the movie, but I’d still gone into it excited and expecting something good. After all, it was the same cast and the same director. How bad could it possibly be? We all, of course, now know the answer to that. While the movie had its good moments, Spider-Man 3 is most widely (and rightly) regarded as a muddled mess that killed its previously beloved franchise.

It’s a reputation that director Sam Raimi, speaking in a recent podcast, owned up to and accepted some responsibility for. “It’s a movie that just didn’t work very well. I tried to make it work, but I didn’t really believe in all the characters, so that couldn’t be hidden from people who loved Spider-Man,” he said, speaking to The Nerdist. “If the director doesn’t love something, it’s wrong of them to make it when so many other people love it. I think [raising the stakes after Spider-Man 2] was the thinking going into it, and I think that’s what doomed us. I should’ve just stuck with the characters and the relationships and progressed them to the next step and not tried to top the bar.”

Raimi would go on to affirm however, that the drive to “top the bar” wasn’t necessarily his idea. “I wasn’t trying to top. That isn’t a good approach,” he explained. “That went into the thinking of a lot of people who worked on Spider-Man 3, and it was not good for us.” This meshes well with other statements Raimi has given, indicating that higher-ups at the movie studio took away a lot of his creative control during the film’s production and even forced him to shoehorn in extra baddies, such as Venom. None of this explains the Peter Parker dance sequence, but I’m willing to bet Spidey fans might have forgiven that monstrosity if the film had been better overall.

10 Golden-Age Marvel Allies We Could Meet in Agent Carter