Scientists previously believed that whales and dolphins did not have the ability to smell, but one group of researchers have found olfactory receptors inside the snout of a bowhead whale. Professor Hans Thewissen of the Northeastern Ohio Universities College of Medicine and his Japanese and Alaskan colleagues made the discovery while dissecting bowhead brain parts.

The bowhead whale had been killed during a bi-annual subsistence hunt in Alaska, and Thewissen and team were given the remains to evaluate the amount of brain space a whale brain occupies. “Upon taking a brain out, I noticed that there were olfactory tracts, which, in other mammals, connect the brain to the nose,” stated Thewissen. He followed the tracts and made a startling discovery.

It was believed that whales could not smell, since everything they would want to sniff out is underneath the water. Since the act of smelling is literally the act of smelling airborne molecules, having olfactory tracts didn’t seem to make much sense. Further, in other cetacean species, the actual “hardware” for olfaction is missing entirely.

As it turns out, bowhead whales have both a large olfactory bulb, and the necessary olfactory receptor proteins similar to the olfactory hardware of other smelling animals. Bowhead whales also have separate nostrils, another characteristic that separates them from most other whales. Separate nostrils mean that bowhead whales may be able to sense the direction that the smell is coming from.
“It is remarkable that this animal, which appears to have very little use for olfaction, retained that sense,” says Thewissen. “We speculate that they are actually able to smell krill and may use this to locate their prey. Krill smells like boiled cabbage.” 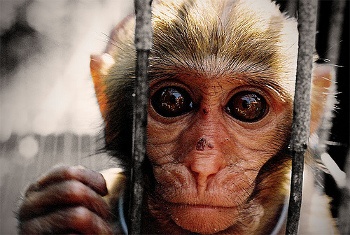 I have a great idea for a new TV show. Monkeys + Prison Break. Cast a white-fronted capuchin as the mysterious Michael Scofield, a bonnet macaque as the wrongfully accused Lincoln Burrows, and a common squirrel monkey as the intelligent Veronica Donovan. Trust me, this idea is pure gold. And it’s based on a real-life scenario.

A group of 15 monkeys being held at Kyoto University’s primate research institute escaped a few weeks ago. By bending tree branches back and then releasing, 15 monkeys catapulted over the electrified five-meter high fence in true Wile E. Coyote fashion.

“Their jumping power was greater than we thought,” said Hirohisa Hirai, deputy head of the institute, said. “We were extremely surprised by the intelligence and the power they used in order to escape.”

Apparently, the monkeys decided to leave after a harsh turf war broke out in the prison yard. Capuchin Burrows and Chimp “T-Bag” had a bit of a disagreement over a banana, and before things got too bloody, Burrows and friends made a daring break for it. In broad daylight. The balls on these guys!

Unfortunately, their taste of freedom was brief. All of the escapees were lured back to the research institute with the promise of sweet, sweet peanuts. Once in, they were slapped with a 15 year extension to their sentences and the trees were trimmed in order to prevent any further escapes. Next time, stick to the sewers, guys.

Thanks for the tip, dududf! 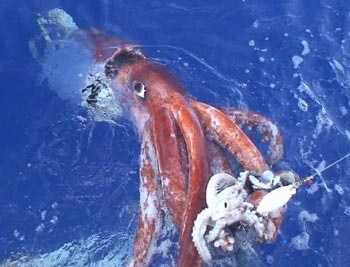 We’re going to discuss an animal that is near and dear to my heart: squids.

There’s been a bit of a question mark lurking over the mating habits of sexually-active squids. All squids possess a mantle, which comprises the bulk of their body, and is used for a variety of purposes: by contracting and expanding it, they can send water through the hyponome to move via jet propulsion, ventilate it in order to breathe, and its also where the excretory and sexual organs are kept. And therein lies the challenge: How can a female squid store a deposit of sperm when the ebb and flow of water passing through the mantle will likely sweep it away?

Shallow-water male squids have developed a special apparatus called a hectocotylus to transfer and deposit packets of sperm inside the female’s mantle. Deep-sea squid, however, do not have a hectocotylus and instead inject the sperm right under the female’s skin. The only question left is: How do they do it?

Dr. Alexander Arkhipkin and his colleagues solved this riddle after capturing a mature male specimen of Onykia ingens on the Patagonian slope near the Falkland Islands. In its agitation, the squid revealed a surprising organ.

“When the mantle of the squid was opened for maturity assessment, we witnessed an unusual event,” explains Arkhipkin. “The penis of the squid, which had extended only slightly over the mantle margin, suddenly started to erect, and elongated quickly to 67cm total length, almost the same length as the whole animal.”

This allows deep sea squids the ability to forcefully inject spermatophores within the female squid mantle cavity, while still maintaining a safe distance away from a potential predator. Sounds like a win-win scenario to me. 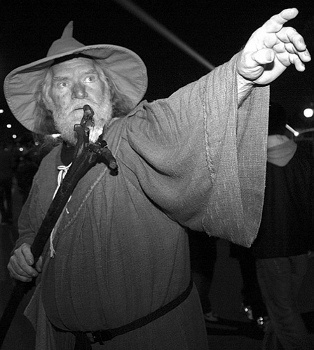 I’d like to preface this last entry with a note: Physics is not my strong point. I can’t quite wrap my head around everything about this news story, but it’s incredibly interesting and I wanted to share it. That being said, here we go!

You’re probably most familiar with the grandfather paradox from Marty McFly’s adventures in Back to the Future, wherein he must take caution not to accidentally do something that will cause him to have never existed in the first place. Time machines are cool and all, but that’s a pretty big gamble to take just to go back and laugh at a pod of dodos.

Thankfully, some clever MIT professor and colleagues have fixed this for us, allowing us to theoretically travel to any period of time in relative safety (grognards hoping to visit a real-life wargame, you’re on your own). There are a lot of complicated equations and mind-blowing quantum mechanics theories involved here, so I will be substituting the phrase “fancy science magics” for anything I don’t quite understand.

Physicists used the theories of postselection and quantum teleportation to make fancy science magics a possibility. Postselection is a way of solving a complex problem with multiple variables by allowing the variables to select a random value and then “postselecting” for the one combination that will make the equation true. Though not a perfect example, it sounds a lot like taking Schrodinger’s cat and shooting it in order to get the desired outcome.

Coupled with postselection is the theory of quantum teleportation – using fancy science magics, it’s possible to produce a quantum state in space that had previously existed in an entirely different part of space. In other words, you could transport a particle – and therefore, probably groups of particles back in time. In the future.

So, how does this solve the grandfather paradox? In two ways. First – it doesn’t involve the bending of spacetime at all, which is good, because I wouldn’t be able to explain that if my life depended on it. Lastly – anything that happens while you’re busy time traveling already had a finite chance of happening anyways. Therefore, because of fancy science magic, a particle or group of particles could not go back into time and destroy itself. Whew!

Thanks, fancy science magics! If you want to read the entire paper, you can do so here.