Soft-bodied creatures rarely stand the test of time, as their remains often decay before they can fossilize, leaving paleontologists to rely on mere speculation to describe the lives of ancient creatures. So, when scientists from Imperial College London found the preserved body of a prehistoric soft-bodied creature clinging to the shell of a fossilized brachiopod, they knew they had stumbled upon a rare find.

What they found was something called a “Drakozoon”. It’s a leathery blob of a creature – a member of the invertebrate super phylum called lophophorates. The Drakozoon lived during the Silurian Period and would attach itself to substrate, extending its filamentous tentacles into the ocean, feeding on any tiny morsels that drifted by them. When threatened, it would retreat into its hood until danger passed.

The researchers were able to recreate the Drakozoon using 3D modeling by slicing the fossil into 200 pieces and scanning them into the computer, creating a digital recreation of the only known Drakozoon fossil. Examination of the model revealed eight deep ridges on either side of its body, suggesting that this individual may have once been a single individual in a group of many repeated units, much like the tapeworm.

“Excitingly, our 3D model brings back to life a creature that until recently no one knew even existed, and provides us with a window into the life of Drakozoon,” explains Dr. Mark Sutton from Imperial College London. “We think this tiny blob of jelly survived by clinging onto rocks and hard-shelled creatures, making a living by plucking microscopic morsels out of seawater. By looking at this primitive creature, we also get one tantalizing step closer to understanding what the earliest creatures on Earth looked like.” 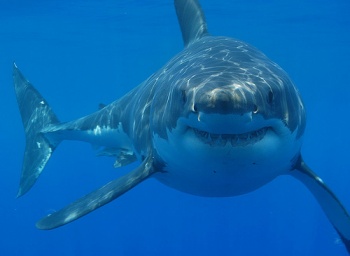 What happens if you run across a shark in the water with a giant laser welded on its head? You take out your anti-laser, negate the skin-melting power of its laser, bask briefly in your triumph, and then swim for dear life because a shark without a laser is still a frickin’ shark.

A team of Yale University scientists published a paper in Physical Review Letters detailing the concept of the anti-laser device. The device would work by absorbing the light of a laser – but it’s not as simple as donning the device in all black and spray painting “ANTI-LASER” on the handle. After all, anything black can absorb light, but this particular device would be pickier in the kind of light it shuts out, matching the laser’s frequency, phase and polarization to effectively absorb it. By lining the inside of a laser with a special material that absorbs light, most of the photons sent into it will be shut out, while the remaining light frequencies would interfere with one another and cancel each other out.

“By just tinkering with the phases of the beams, magically it turns ‘black’ in this narrow wavelength range,” says team member A. Douglas Stone, a physicist at Yale University. “It’s an amazing trick.”

Possible applications of the anti-laser include: futuristic computers that use light instead of electrons, stealth cloaking, fighting off laser sharks and being the best anti-hero you can be. 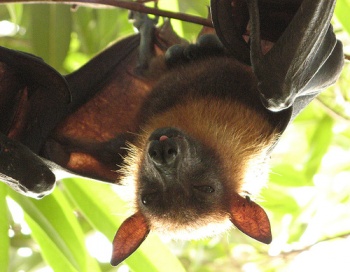 Bats in the Northeastern United States are currently facing the looming threat of extinction, due to the spread of an infectious fungus. “White-Nose Syndrome” has killed millions of bats, striking while the bats are hibernating. The white fungus grows over the bats’ noses, causing them to awaken from hibernation and lose precious fat reserves.

Winifred F. Frick, a Post Doctoral graduate at University of California, Santa Cruz’s Environmental Studies department, states that if the death rate continues as it has over the past four years, it could lead to the extinction of the little brown Myotis, one of the most common species of bat.

Despite the obvious problem of something so adorable being wiped off the face of the Earth, Frick also points out how the extinction will hold dire environmental impacts as well: “Bats perform valuable ecosystem services that matter for both the environments they live in and have tangible benefits to humans as well. Bats affected by this disease are all insect-eating species, and an individual bat can consume their body weight in insects every night, including some consumption of pest insects,” Frick said. “The loss of so many bats is basically a terrible experiment in how much these animals matter for insect control,” she said.

Due to the mysterious fungus, bats have been dying out in unprecedented numbers since the winter of 2006. Microbiologist David Blehert was the first to isolate and identify the fungus. It appears to be closely related to Geomyces, a group of fungus that dwell in the soil, air and water and can rapidly reproduce. How the fungus was first introduced into bat caves is up for speculation.

“This fungus may have been recently introduced to bat hibernation caves and, if so, human and animal movements among these caves are causes that need to be considered,” Blehert stated. “Data show the occurrence of white-nose syndrome radiating outward from the site of its first appearance, and genetic identity among fungal isolates from distant caves argues for a recent introduction of this microbe. Before the identification of white-nose syndrome, mass mortality events in bats as a result of disease were very rare.”

I see a way around this. Domesticate the bats, making them into the most popular pet craze since ferrets. It’s a double win. You get to own something cute, and you wouldn’t have to bother with mosquito repellant any longer.

If you find yourself reaching for that tight leather dress instead of your usual jeans- and-shirts combo, you may be ovulating. And you may also be a woman. A study performed at the University of Minnesota’s Carlson School of Management found that women who are ovulating are more likely to purchase sexy clothing in order to “outdo” attractive female rivals.

“The desire for women at peak fertility to unconsciously choose products that enhance appearance is driven by a desire to outdo attractive rival women,” says Kristina Durante, a Postdoctoral Fellow. “If you look more desirable than your competition, you are more likely to stand out.”

The motivation is, of course, to attract the best possible mate. However, the sexiness of the outfit depends on the local environment. The more attractive the rival females shopping in the local Abercrombie & Fitch, the sexier the outfit you’ll end up purchasing and eventually regretting.