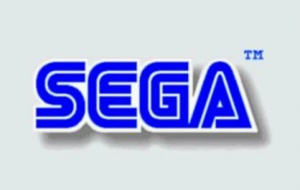 Next-Gen discusses Sega’s plan to return to gaming glory and what milestones have been reached thus far.

A Next-Gen story titled “Sega: The Blue Sky Company” investigates Sega’s recent history and its goals for making a comeback to gaming’ headlines.

In order to reach its new, ambitious goal of becoming 25 percent of the gaming software market, Sega has gone on an organizational reconstruction and acquisition binge, combining fragmented studios into a powerful portfolio of production prowess. Unprofitable internet service providers SegaNet and Dreamarena have been axed in favor of investments in arcade spots like Japanese pachinko places and the American entertainment chain GameWorks. Additionally, fresh marketing campaigns, including deals with Nintendo to release aging properties on the Wii’s Virtual Console and the ‘Sega Loves Your PSP’ line of Playstation Portable games, have helped the company regain market share.

Sega Europe boss Mike Hayes expects “two or three” more studios to be added to the company’s western empire. “Who they would be and when that will happen is based on the market and the opportunities that arrive, so we’re constantly on the lookout,” noted Hayes.

Whether Sega Sammy can reach its lofty goals and revive its aging brand through new businesses and a portfolio of developers has not yet been proven, but gamers will undoubtedly enjoy watching the classic company progress into the future.