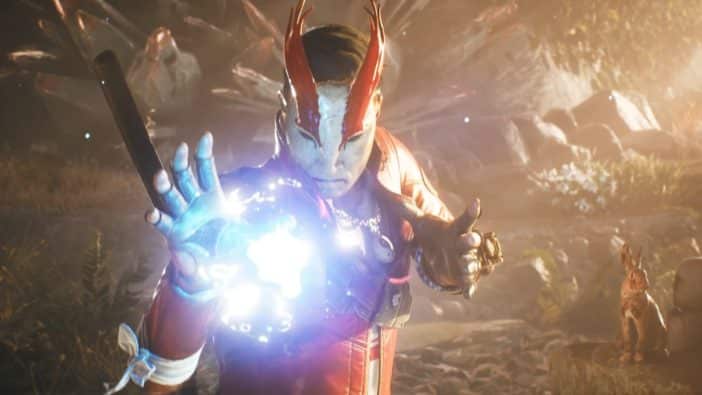 A teaser trailer was released and contains some fourth-wall-breaking references. The protagonist, Lo Wang, makes several quips about both the developer and publisher of the game, calling Flying Wild Hog a “talented group of nerds” and Devolver as “overrated, but they pay the bills.”

The game follows Lo Wang, a disgraced corporate shogun, as he journeys throughout a mythical Asian folklore-inspired land while using firepower and katana strikes to rip apart demonic hordes of Yokai.

The player can also utilize a new grappling hook, and Wang receives entertaining instructions to make sure that he shows it off in the teaser trailer.

The teaser trailer ends with Wang flipping off the camera and saying that gameplay will be revealed at a later date. Devolver Digital further clarified that the gameplay footage will be shown on July 11 during its Devolver Direct showcase, which will begin at at 3 p.m. ET.

Shadow Warrior 3 is currently available to wishlist on Steam, but other platforms have not been announced yet. 2013’s Shadow Warrior reboot and 2016’s Shadow Warrior 2 were released on PC, PlayStation 4, and Xbox One. The game is set to come out sometime in 2021.