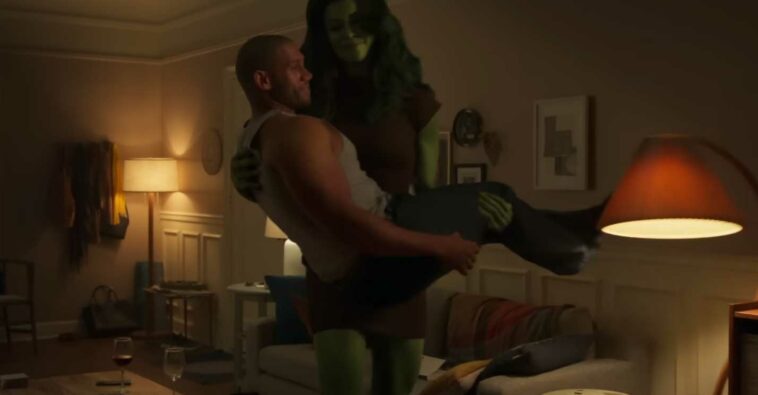 This discussion and review contains spoilers for She-Hulk episode 4, “Is This Not Real Magic?.”

Online dating is low-hanging fruit when it comes to modern comedy, but it is a concept that works well within the framework of a superhero story. After all, superhero stories are often about duality, about how people have multiple facets of themselves, and the version that they present to the world isn’t necessarily the person they truly are. It is surprising that more superhero films and television shows haven’t used this angle to explore the curated lives people create on social media.

This is particularly true on dating apps, where people will often reduce themselves to caricatures in the search for approval from potential matches. Entire philosophies are reduced to glib one-liners and recycled jokes. Photos are carefully chosen to find the best light and to present the most exciting possible narrative. With all those Machu Picchu photos and tiger pictures, everybody is a superhero on dating apps. As such, it’s prime fodder for a show like She-Hulk. 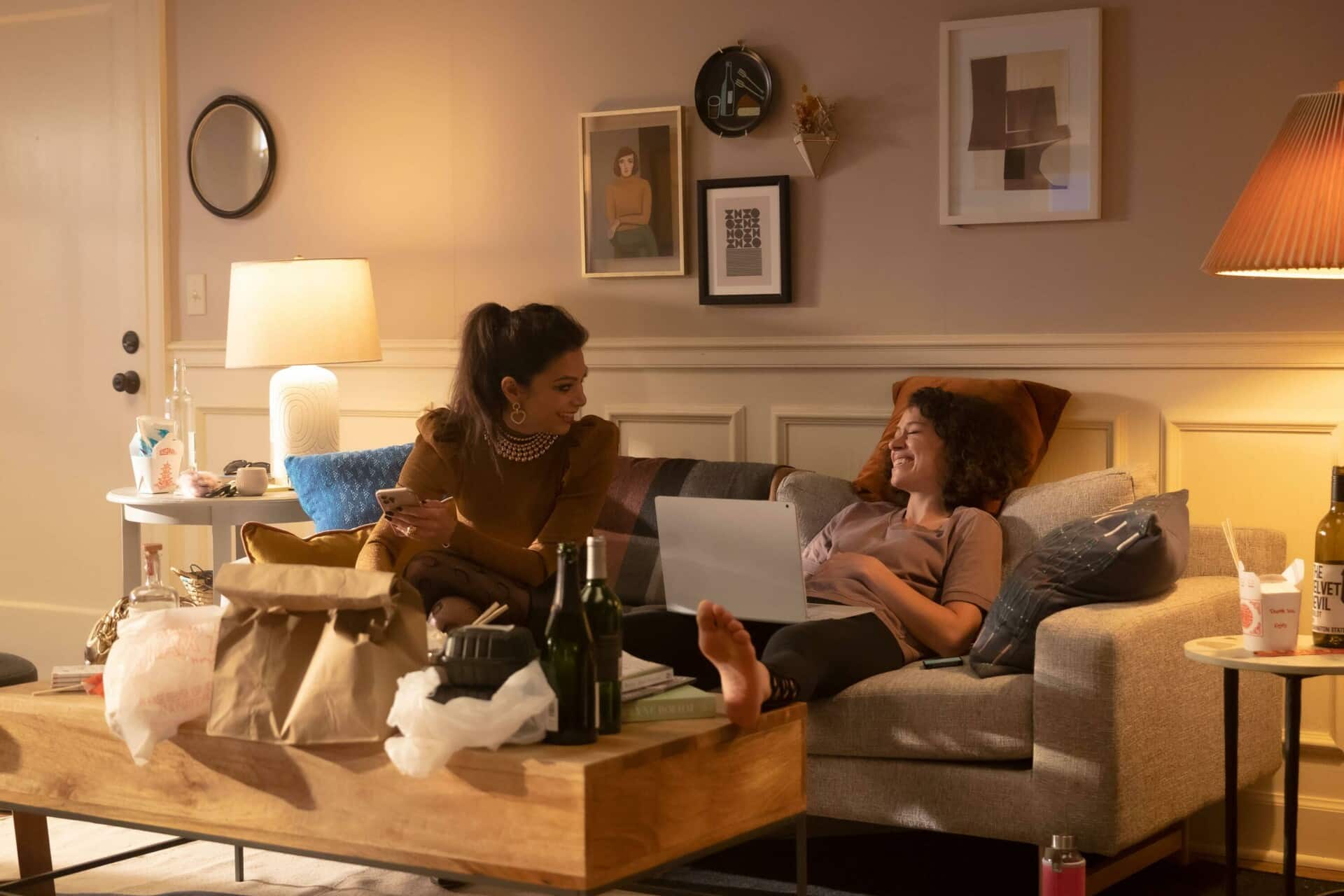 “Is This Not Real Magic?” has a clear arc. Jen (Tatiana Maslany) decides that she wants to date. She sets up a dating profile. She’s initially insistent that she will be accepted for who she is, so she doesn’t apply a glossy filter to her life. After several days of continuous disappointment, Jen caves to pressure and updates her profile to reflect her superhero persona as She-Hulk. She admits to being ashamed, but the scheme works. Her matches immediately take off. “Well, that is demoralizing for Jen,” she muses.

There are very few surprises in “Is This Not Real Magic?,” as the script hits all the clichés of online dating. However, these are clichés for a reason. “Is there anything worse than dating in your thirties?” Jen asks at one point, perhaps the truest line ever spoken in the MCU. Jen dates awful guys with terrible social skills. She meets creepy dudes who don’t seem to have clear boundaries. However, she does eventually find a seemingly perfect guy, who is everything that she could want.

Inevitably, the relationship doesn’t work out. It turns out that sleeping with She-Hulk and waking up with Jen isn’t what most guys want. It’s hardly the sharpest or most unpredictable twist imaginable. Honestly, it is a sitcom angle on a plot device that Buffy the Vampire Slayer used to great effect with Buffy (Sarah Michelle Gellar) and Angel (David Boreanaz) over 20 years ago. However, it works. It is a clever and novel way of using the plot conventions of a superhero story.

If there are going to be 50 hours of MCU content in a given year, then it’s entirely fair to spend at least a half-hour of that exploring something as novel as “superheroes on a dating app.” One of the bigger issues with the MCU has been the way that the push towards scale and spectacle has stripped out a lot of the humanity that defined the earliest installments. Using superhero identities as a metaphor for online personas is a better idea than anything in Hawkeye. 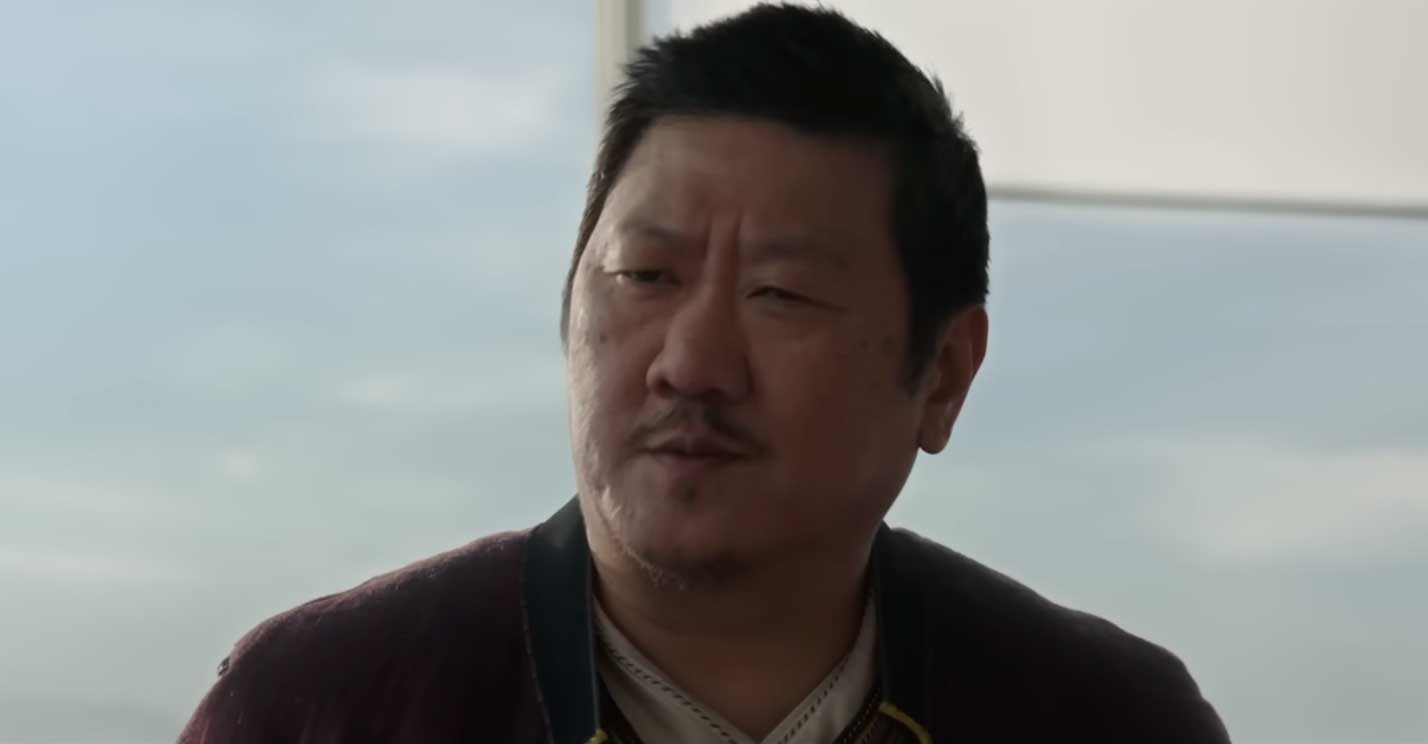 It helps that “Is This Not Real Magic?” interweaves this dating storyline with a fairly fun case of the week. In this case, Wong (Benedict Wong) decides to file a cease-and-desist against his exiled pupil Donny Blaze (Rhys Coiro) and Blaze’s stage manager Cornelius P. Willows (Leon Lamar). The result is a court case worthy of my esteemed colleague Adam Adler, as Jen finds herself caught in a courtroom brawl between magicians in a universe where magic just happens to be real.

This plot is admittedly bumpier than the dating storyline. After all, She-Hulk has yet to produce an episode without a high-profile guest star from the feature film franchises. “Just remember whose show this actually is,” Jen warned the audience when Wong first came up in “The People vs. Emil Blonsky.” However, by the start of “Is This Not Real Magic?,” the show is leaning fully into the cameo. “God, everybody loves Wong,” Jen observes. “It’s like giving the show Twitter armor for a week.” Whose show is this, actually?

There is also a sense in which “Is This Not Real Magic?” is leaning on already exhausting gags. The MCU certainly isn’t shy about reusing punchlines. Doctor Strange made a joke of the incongruity of Wong enjoying the music of Beyoncé, so it feels like a rehash to build a recurring gag around the idea of Wong watching The Sopranos. The entire premise of the plot is built around comparing the Sorcerer Supreme to a cheap stage magician — a joke that Avengers: Infinity War made twice in 10 minutes.

There is also a slightly unsettling underlying subtext in all of this. After all, Jen is engaging in what amounts to a copyright lawsuit, in which she is helping an established brand squash a minor competitor. Wong and Kamar-Taj are not an underdog. They are a powerhouse within the world of magic. It isn’t too much of an exaggeration to suggest that Jen is effectively assisting a “Magic Kingdom” of sorts in shutting down a small family-run business. 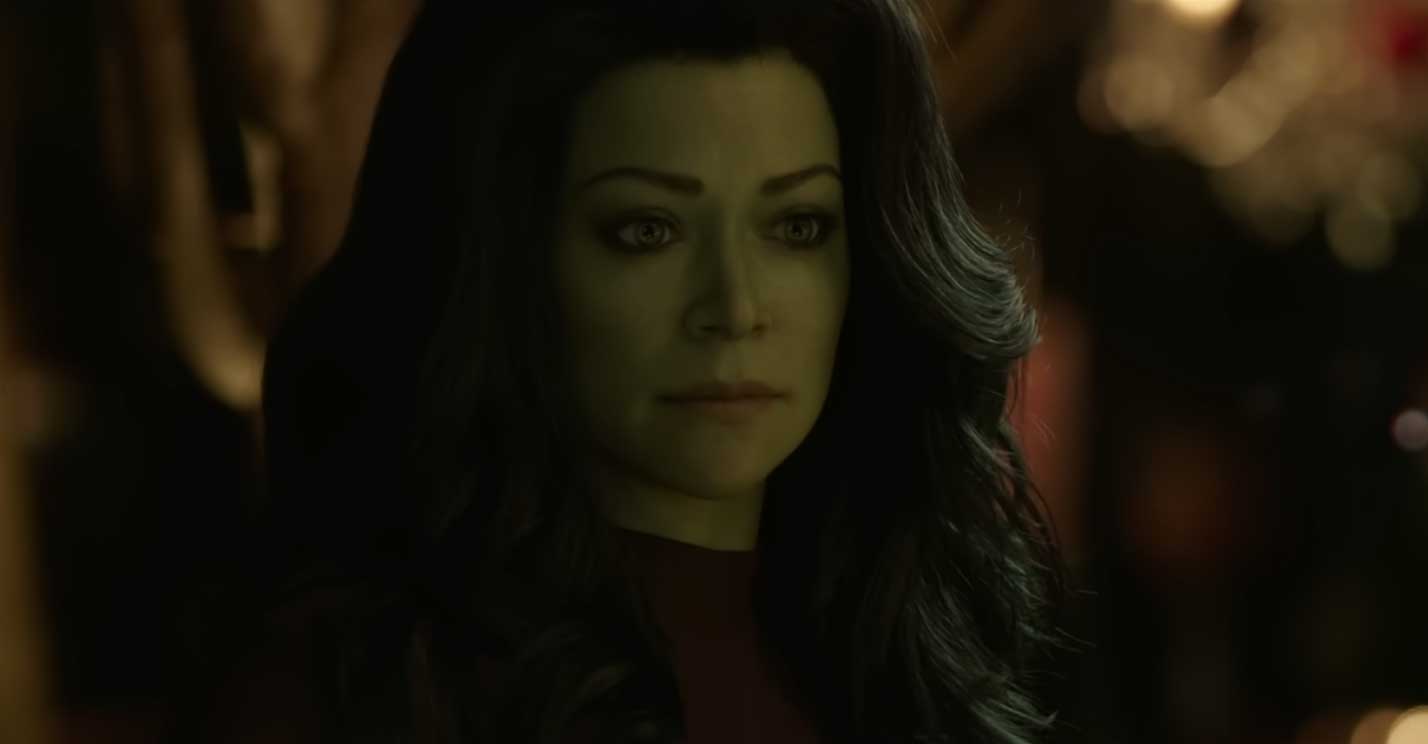 There are uncomfortable implications here, particularly given how a company like Disney has used copyright and trademark law to effectively quash smaller enterprises. The company celebrated its purchase of the Star Wars brand by threatening to sue the long-running Lightsaber Academy and slapping fans with DMCA notices for taking pictures of their Star Wars toys. In February 2018, a California judge came to the conclusion that Disney was abusing its copyrights over Star Wars.

It’s a little weird to watch a lawyer show that cheers for the lawyer representing the establishment in this sort of lawsuit. Then again, this fits with the worldview of the larger MCU, where a movie like Spider-Man: No Way Home can be built around Peter Parker’s (Tom Holland) certainty that his friends are entitled to go to one of the most exclusive universities on the planet. “A Normal Amount of Rage” had Bruce (Mark Ruffalo) lecturing Jen on her civic obligations from his private tropical holiday home.

Still, allowing for all this weird subtext that informs and shapes the plot, Wong’s lawsuit is at least funny. Much like Tim Roth earlier in the season, Benedict Wong is having a lot of fun getting to play broad and goofy. There is also something innately amusing in watching something as grounded in the real world as the legal system attempting to grapple with something as fantastical as “card tricks and disappearing women who can’t speak” in a world where “the mystic arts is, in fact, real magic.” 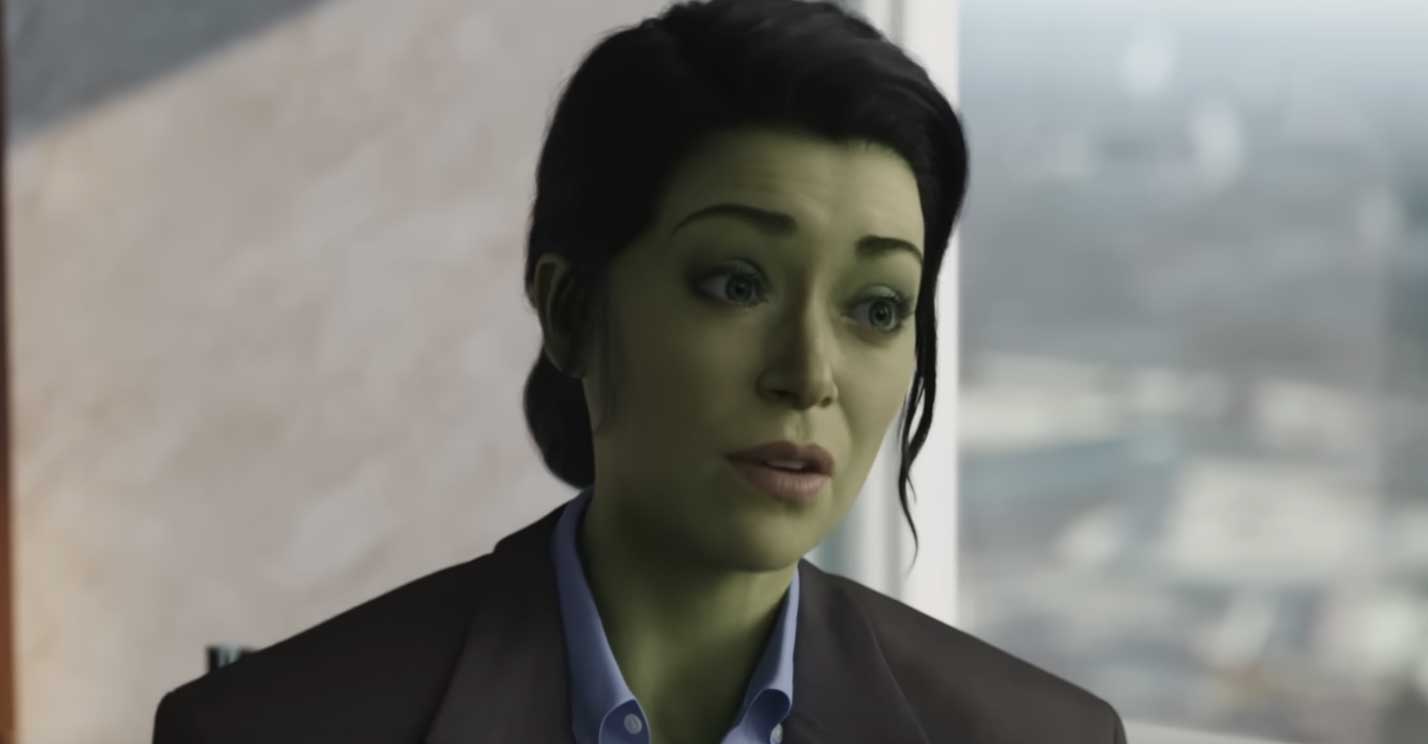 The MCU has never really grappled with how the existence of superheroes must affect the day-to-day workings of the world. If Thor (Chris Hemsworth) crushes somebody’s car while fighting Ultron (James Spader), is that legally an “act of God”? When Tony Stark (Robert Downey Jr.) leads a unilateral intervention into Sokovia from his Manhattan skyscraper, what legal recourse does Sokovia have? These are all questions that only exist in a comic book world, but they are fun to parse.

There is some legitimately interesting stuff to be explored here. She-Hulk has been written by lawyers like Charles Soule, who devoted an extended portion of his run on Daredevil to a courtroom drama about whether superhero testimony and evidence was admissible under their secret identity. That’s considerably nerdier than anything in “Is This Not Real Magic?,” but it speaks to the potential of a show like She-Hulk that can play with stuff that would never fly in a two-hour summer blockbuster.

All in all, “Is This Not Real Magic?” suggests that, after three rocky episodes, She-Hulk has finally found its footing. It’s a slight shame that the episode ends with the promise of the reintroduction of Titania (Jameela Jamil) and presumably the development of a more conventional season-long arc built around a primary antagonist. Still, if the next episode can maintain this balance, She-Hulk might emerge as the strongest Marvel streaming show there is.