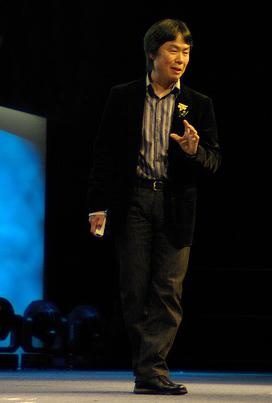 Nintendo guru Shigeru Miyamoto will be honored by the British Academy of Film and Television Arts for his work creating classic games like Super Mario Bros. and The Legend of Zelda.

It must be awards week for industry luminaries: Yesterday, we learned that John Carmack would be getting a GDC lifetime achievement award, and today we learn that Nintendo’s legendary Shigeru Miyamoto will be getting a Fellowship of his very own.

No, he’s not going to Mordor: Miyamoto is being honored by the British Academy of Film and Television Arts for his creative contributions to the videogame industry. Though BAFTA is not a videogame organization like the organizers of GDC (as should be obvious from the name), Miyamoto is not the first game luminary to be honored by the organization – he will join SimWhatever creator Will Wright (2007) and Pong visionary Nolan Bushnell (2009) in a very elite club.

“The Fellowship is the highest accolade the Academy can bestow on an individual for their creative work and we are honored to have Miyamoto with us to accept his award,” said film producer, actor and BAFTA chair David Parfitt. “With previous honorees including Hitchcock, Kubrick and Pinter, it is only fitting that Miyamoto be recognized alongside these other pioneers for his groundbreaking work … He helped to develop an entire creative industry and is still a major force in its continuing success.”

Though Shigeru Miyamoto is the individual being presented with the Fellowship (and easily Nintendo’s most prominent designer), he says he will accept the honor not just for himself but for all of those who have supported him thus far:

“I am very grateful to be able to receive such an honorable award from the British Academy,” said Miyamoto in a statement. “Our video games cannot be created by one person; since Donkey Kong until the most recent New Super Mario Bros. Wii, I have been working closely with a number of friends for three decades in order to develop fun and enjoyable games. I would like to receive this honorable award on behalf of all of these dependable colleagues.”

Congratulations to our man Shigeru. While videogames might well exist today if it hadn’t been for you, I don’t want to know what they’d look like.