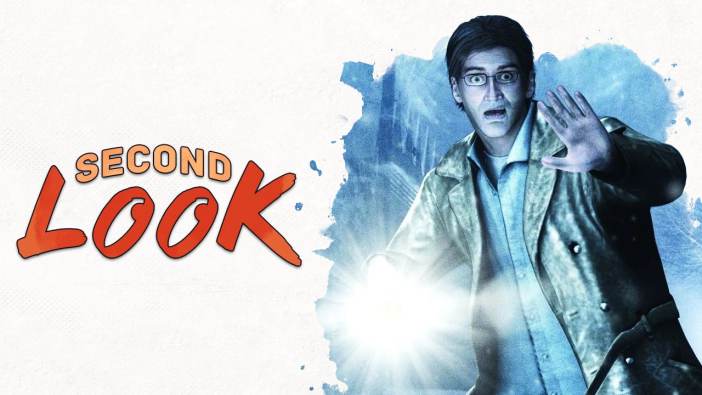 Dread is a hard emotion to capture, especially in an interactive space. It’s not simply being scared, but being fully aware of the dangers that lie ahead. Dragging your feet, begging for any alternative, but the world howls back “NO!” and forces you along. Doing that in a way that’s genuinely compelling and doesn’t drive away your players is incredibly hard, yet Climax Studios nails this disturbing emotional core with Silent Hill: Shattered Memories.

I’ve been wanting to get to the Silent Hill series for a while, for obvious reasons. There’s more divisive sequels to Silent Hill than you can shake Pyramid Head’s cleaver at. While the Silent Hill fandom is a bit harsh on the later sequels, I will agree that most of these would-be successors have fallen short. Yet Silent Hill: Shattered Memories defies so many aspects its peers were criticized for. It eschews combat in favor of fleeing in terror, tosses out the series’s cult for more cerebral threats, and is easily the closest to the original games when it comes to its adventure game sensibilities. It also makes motion controls on the Wii work better than some modern VR games.

Silent Hill: Shattered Memories Is a bold reimagining of the first game, thoroughly retooling several core plot beats, characters, and elements. It still follows the overall pace and flow of the original game, only to offer wildly different interpretations of those familiar elements. For example, you’ll have to navigate an abandoned high school plagued with pint-sized ghosts like in the original, but none of them are charging at you with knives, instead luring you deeper into the grimy halls. Dahlia still plays a key role in the story, shaping past and future events, but instead of a crazed fanatic, she’s the town’s teen pariah. That disconnect is intentional, however, and a key part of what makes Shattered Memories work.

Like a faint recollection, all the pieces are there. Harry and his daughter Cheryl end up in a car crash on the edge of Silent Hill, with Cheryl vanishing soon as Harry comes to, forced to search for her amid ever growing snow drifts. Strange supernatural happenings are going on all across the town of Silent Hill, and the facts aren’t quite lining up. While the blizzard already has most folks naturally staying inside, horrific monsters from the twisted Otherworld keep infecting the town, coating it in bitter ice that touches everyone — except Harry. He’s left alone in the cold, desperately searching for Cheryl. His daughter never leaves his mind, going so far as to call out for her if you press the interact button.

All the while, between Harry’s journeys the player themselves is regularly pressed with questions during therapy sessions with Dr. Kauffman, each interlude helping shape Harry’s story going forward. The psychological profiling element to Shattered Memories was one of its biggest selling points, but it’s a steep task for a linear Wii game to incorporate such a thing. Yet, despite the odds stacked against it, the system works — for the most part.

That’s the real trick to Shattered Memories. You don’t just experience new dialogue, but characters with wholly different personalities, on top of alternate level routes and puzzles. Cybil Bennet can be straight out of Fargo, CSI, or a sleazy romance novel. The events of a cabin sleepover can run from drunken antics to morbid outcomes and heartfelt calls for help. There are even multiple versions of a song performed midway through the game and several alternate credits songs themed to the various outcomes.

The level of reactivity to your exploration is just as remarkable, with Harry offering his thoughts as he’s molded by your decisions. It’s a tad Fable-esque but without any farting or binary morality, instead focusing on traits like promiscuity, meekness, anger, and compassion. 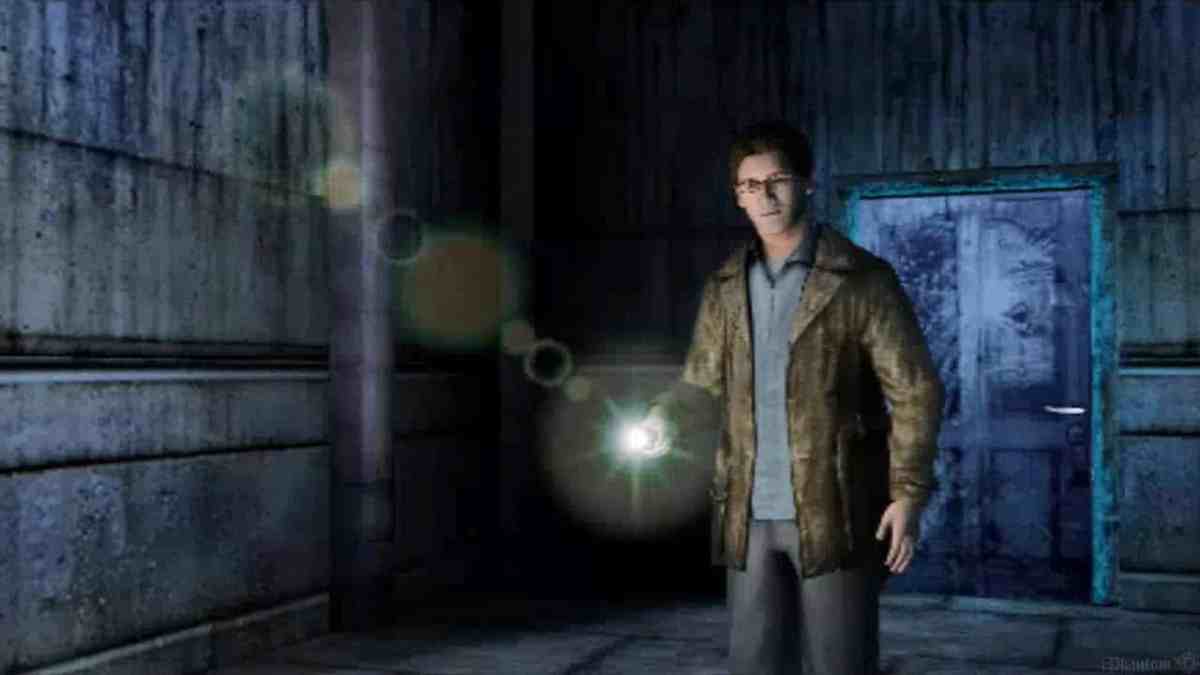 Some of these character-molding moments are obvious, like staring lasciviously at pin-ups on the wall. However, if you do this and assure in a personality quiz that you’ve never cheated on a partner, it leads to more discussions on passion in conversations and phone logs. Say you’ve cheated, and you’ll hear references to divorce. It’s not a profound change mechanically, but executing this much variable storytelling on what’s effectively a single trait is an intense amount of effort, something that can be said about Silent Hill: Shattered Memories as a whole.

Once you know the game’s constantly watching you and taking notes, you start to reconsider how you explore the world. An aura of paranoia enshrouds you, maybe even a little annoyance when it prods you over certain choices. That’s when it starts to seep in under your skin, subtly, while Shattered Memories’ fantastic sound design leaves you often with nothing but crunching snow, howling winds, and Akira Yamaoka’s haunting piano chiming in. Isolation engulfs you, making every time you finally meet a friendly face a momentary relief before the town rips you away, back out into the cold.

Atmosphere is paramount to Shattered Memories’ storytelling. No stone is left unturned, be it for world-building, setting up a scare, or just leaving you on the edge of your seat. The remarkably intuitive controls ensure you’re never fighting to explore, but that doesn’t mean you’re overpowered when the monsters swarm in. Harry isn’t a trained gunman with rigid aim, but a single father with a flashlight and a smartphone. You can try and sneak by, flashlight off, with your phone tracking the monster’s movements — or there’s always dashing through in a panic, grabbing precious road flares that stun the beasts that hound you.

These nightmare sequences might be scripted, but their mazes grow in complexity at each stage. By the finale, you’ll have run through scenarios so crazy you’d think they were straight out of Inception. When puzzles start to force you back into the fray, evading the horrors long enough to snap a picture or find a crucial clue, the tension ratchets up. 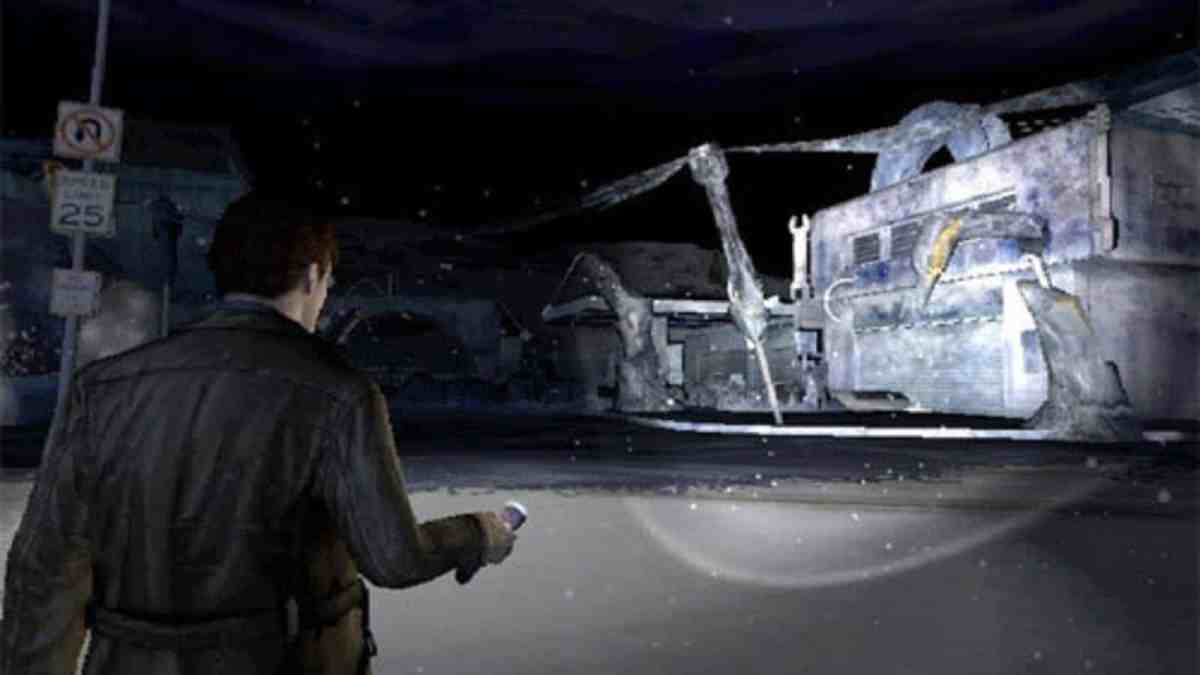 What’s particularly brilliant about this is that Silent Hill: Shattered Memories may be one of the only games that emphasizes running and hiding without being heavy-handed about killing the player. Monsters try to drag you down first, so you can throw them off the first few times. You can toss obstacles in behind you, covering your retreat. Your phone offers an audible static whenever you near an opponent, granting you a chance to sneak past or know when the coast is clear.

Danger is always licking at your heel, but you still have agency even when out of flares. There are no cruel dead ends or insta-kill monsters chasing you. It treats running and hiding like most horror games treat combat — thinking ahead and being observant is more than enough to get you through. It’s a design philosophy I frankly think most modern combat-free horror games could stand to learn from. Options aren’t a bad thing. In fact, they’re part of what makes survival horror great. That tense, spontaneous decision-making gets you in the heat of the moment far more than just beelining to the nearest closet.

All of this sings thanks to Shattered Memories’ amazing presentation. I’m not kidding here when I say that the facial animations and mocap are often better than most of the game’s peers on Xbox 360 and PlayStation 3, including its sibling Silent Hill: Homecoming. A game simply shouldn’t look this detailed on the Wii, with marvelous lighting, high-poly assets, and sprawling levels where almost every door opens to somewhere new. It’s easy to feel dwarfed by the scale of Shattered Memories on your first time through, as well as leery of what might trigger an onrush of the town’s monstrosities. 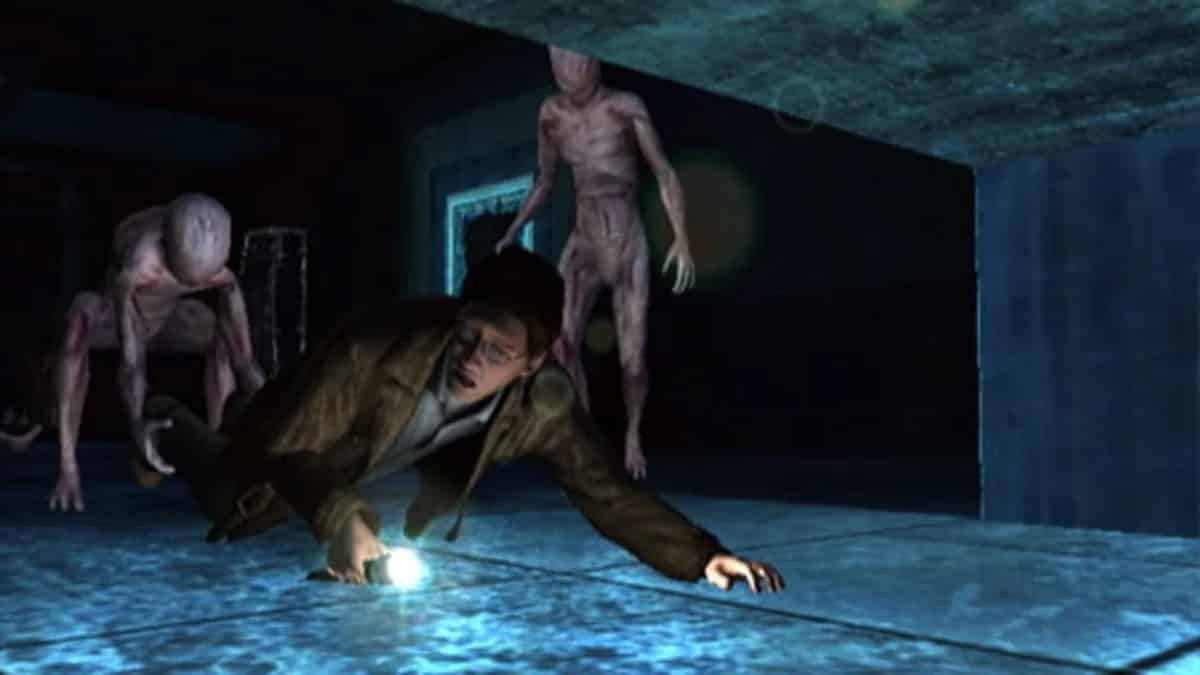 Yet for all this, the most important thing is that Shattered Memories understands what Silent Hill is about. It’s not cults or clunky controls, but about the town itself. It permeates the air, gets inside your head, and takes you on a journey with a meaningful message at the end. Silent Hill isn’t a slasher flick but instead a wonderland of horrors where, by the end, each protagonist walks away a stronger, more whole person. Every classic Silent Hill game was built around this powerful foundation, and Shattered Memories achieves that while somehow offering multiple equally valid conclusions by the time the credits start rolling.

It’s a shame Silent Hill: Shattered Memories would be the last time Climax was able to work on Silent Hill. While entries afterward tried to carry various elements from it forward, such as the fleeing sections in Silent Hill: Downpour and the fully customizable protagonist of Silent Hill: Book of Memories, none have quite hit that same mark as the unlikeliest horror remake success. It’s little surprise the lead designer would later go on to craft similar thriller/mystery titles like Her Story and Telling Lies.

Silent Hill: Shattered Memories is a game I can’t recommend enough. In many ways, it’s the perfect capstone to the series, bringing us back full circle to explore the original in a new light. It’s perfect as both a standalone experience and a reframing of a classic journey through rural Americana horror. If you have the option, whether ideally on the Wii or the game’s PlayStation 2 and PSP ports, you owe it to yourself to experience Silent Hill: Shattered Memories.