The first gameplay teaser has released for Skourge Legacy, and it tickles the nostalgia bone of 90’s kids.

The first look at Skourge Legacy‘s gameplay has been released, and the style of the game and the trailer both are designed to appeal to the nostalgic gamer.

So… what is Skourge Legacy?

“Skourge Legacy is the product of over two years of concept development. It’s the response to my wanting to create something huge, but also artistically gratifying,” Creator and director Wade K. Savage told The Escapist. “I don’t think anything can really survive unless it’s designed to reach a lot of people for a long time. I love making films and video games, so I thought: why not combine all these things? At it’s heart Skourge Legacy is a franchise – a collection of platforms designed to all promote one another. A TV Show, a Video Game and a Toy-line.”

Skourge Legacy follows three kids, Jack, Hannah and Wurm, who find themselves in a post-apocalyptic wasteland overrun with monsters as they attempt to locate Hannah’s parents. According to Savage, Skourge Legacy follows the kids, who have been sucked into a VR simulation that builds levels based on individual memories and fears. Inspiration for the line spans from Lovecraft to Pokemon.

The video game, animated TV series, and toy line are being developed together. The goal, Savage says, is for the game to be a stand-alone narrative that can tie back into the TV series story.

Savage has also introduced Yibb, the franchise’s mascot, to kick off a competition to win the first ever toy from the toy line. They are accepting creative entries – fan art, songs, cosplay, videos – which can be submitted on Facebook or Twitter. 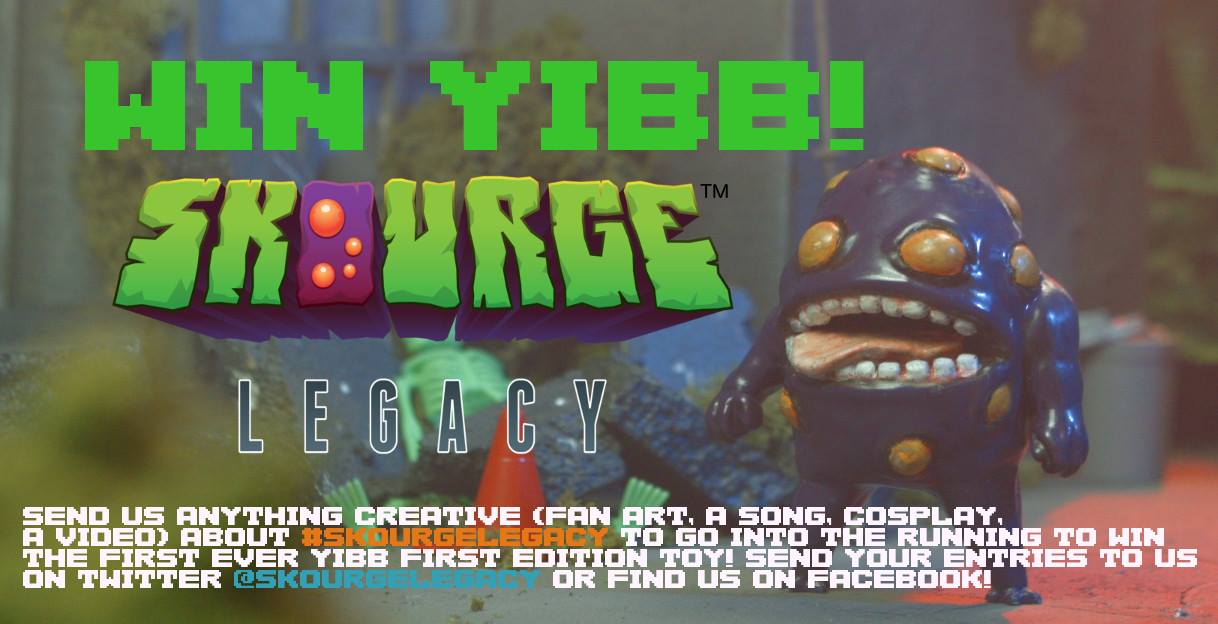 Sequels and the Death of Novelty