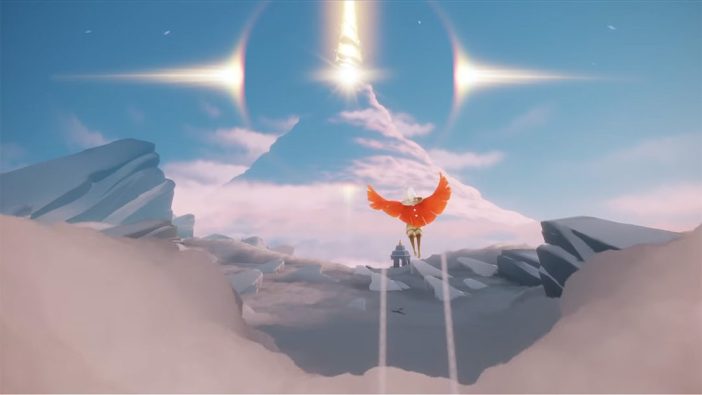 Journey developer Thatgamecompany has released its latest game, Sky: Children of the Light, for iPhone and iPad.

Sky is described as a “social adventure” game in which players “take flight across seven realms, solve mysteries, help others, make friends, and create enriching memories together.” The game has a soft, pastoral art style and features masked characters traveling across scenic vistas, all of which is reminiscent of 2012’s Journey. Flight also plays a large role in the game, as it did in Thatgamecompany founder Jenova Chen’s student project Cloud.

In Sky players will take on the role of the titular Children of Light to return fallen stars to their constellations. Player avatar customization is a central feature.

This project is Thatgamecompany’s first release since Journey, which saw it fulfilling its three-game contract with Sony. Sky is free to download and play but offers in-app purchases ranging from $0.99 up to $49.99. Thatgamecompany has mentioned in blog posts that it intends for Sky to be a long-lived project with a lively community aspect, and it intends to continually support the game and add new features and content to it over time.

Sky: Children of the Light is currently only available on iOS. The game’s official website states that it is coming “soon” to Android, macOS, tvOS, PC, and consoles. Which consoles will receive the game has not yet been announced.