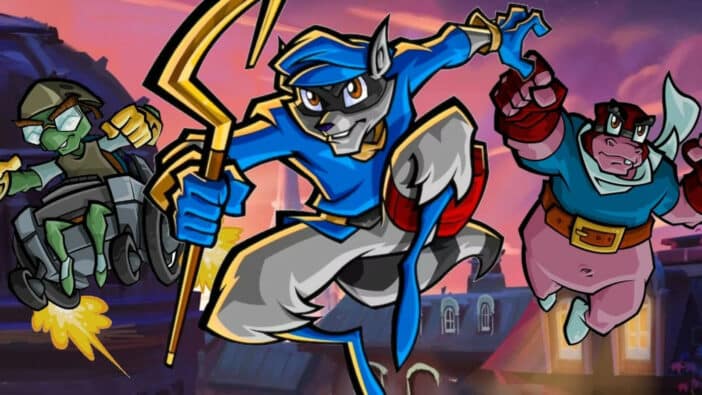 On September 23, 2002, Sucker Punch Productions released Sly Cooper and the Thievius Raccoonus on PlayStation 2 and created a new franchise that would serve as one of Sony’s flagship titles during that generation. It never quite reached the lofty heights of its contemporaries like Jak and Daxter or Ratchet & Clank, but the series struck a chord at the time that few other games were able to replicate. The Sly series was unique in that, while it was a platformer, it blended a myriad of genres to create something entirely new. Yet on its 20th anniversary, Sly Cooper has been more or less forgotten, without any new installments since 2013, and it’s clear that the franchise deserves more recognition than it has received.

As Sucker Punch’s sophomore outing after the underrated and underselling Rocket: Robot on Wheels, Sly Cooper was a fairly stylish and interesting platformer that eschewed the typical tone of the genre. Instead of going on an adventure to save the princess, rescue your sister from a witch, or stop a mad scientist, you’re stealing from criminals and trying to restore your family’s legacy. It’s a much darker motivation than in other platformers, yet it never comes across as a somber affair in the first game. Sly and his pals Bentley the turtle and Murray the hippo all have fun quirks, quips, and quotes that endear them to the players as you adventure through the game, defeating the members of the dastardly organization, the Fiendish Five.

However, it wasn’t until the sequels, Sly 2: Band of Thieves and Sly 3: Honor Among Thieves, that the series’s identity solidified. Despite a shifting tone, the first game contained many trappings of the platforming genre — get to the end of a stage, avoid enemies, collect 100 coins to get an extra life, etc. — but Sly 2 expanded the scope of the gameplay into something more open. Each level contained numerous missions that you had to complete with different tasks, oftentimes utilizing a different member of Sly’s crew. 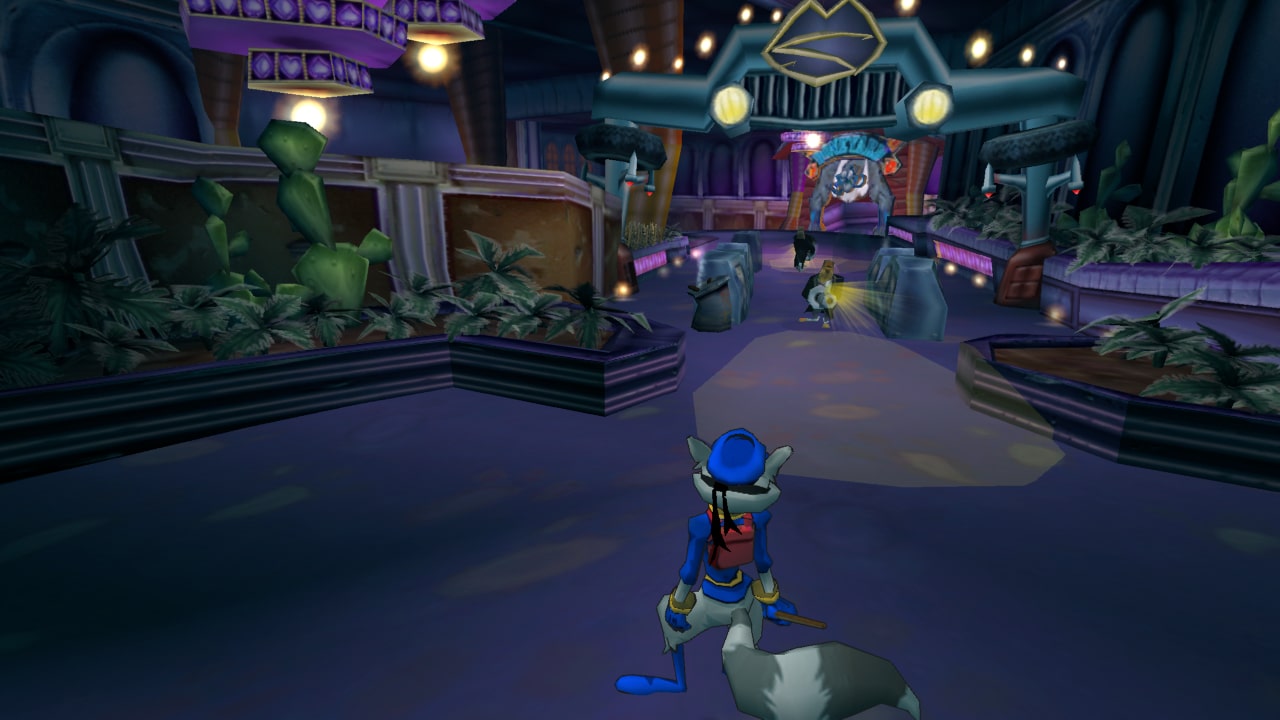 You accessed these missions not by going to a unique door to take you to a specific stage, but by roaming around a small open area with plenty of nooks and crannies to find collectibles and treasures. There was no rush to get to the action, and the majority of the missions had you navigating the same level you were just wandering around in. There were still some levels that took place in unique stages that could only be accessed during that mission, but the game gave you a playground for you to sneak around and accomplish your tasks.

While the mission-to-mission gameplay stayed consistent, one of the joys of the later entries came from pulling off a major heist against the baddie of the level. The first game was more level-to-level-based with no cathartic culmination outside of a boss fight, but every mission in the games afterward built to a climax. You were completing these missions not just to progress in the game, but because you were planning a heist.

Missions were framed around conducting reconnaissance, learning the criminals’ routines, bugging their hideouts, and destroying key points in their areas, among many others. Not only that, but you could tackle any of the missions in whatever order you’d like, giving the player the power to decide what was deemed essential for the heist. Once everything was in place, you’d begin the heist and watch the criminal’s empire come tumbling down.

It was in this way that the Sly Cooper franchise differentiated itself and its platforming challenges. And make no mistake — stealth was paramount. You had to sneak through environments to complete missions and heists, and being discovered meant enemies would swarm you aggressively. Combat was still a part of every game and at times necessary when fighting bosses, but it came across as a last resort, like in any good stealth game. It wasn’t as complex as other stealth games at the time, like the Tenchu or Metal Gear Solid series, which gave you multiple methods to sneak around undetected, but it didn’t need to be. Sly Cooper has, and always will be, an accessible series that anyone can pick up and enjoy. 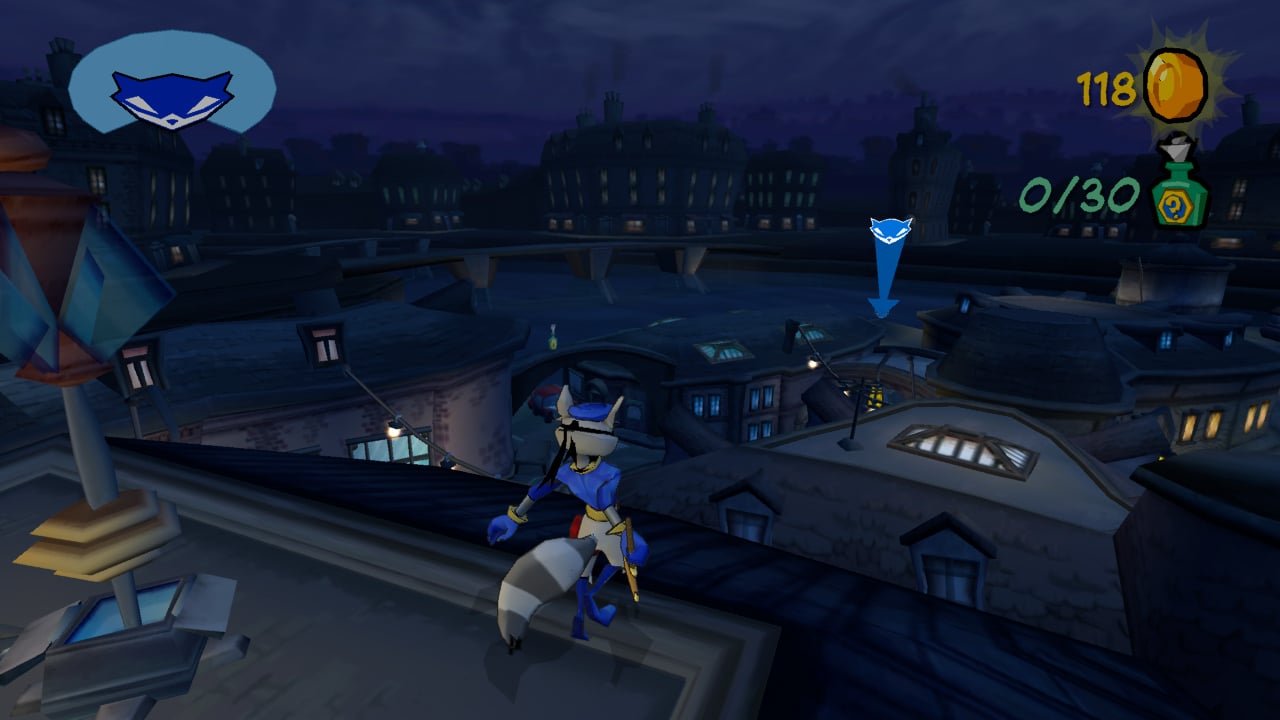 In a generation where franchises were growing up and maturing, Sly never went down that route. While Naughty Dog’s first Jak and Daxter game continued the light-hearted tone of the Crash Bandicoot games before it, the sequels leaned hard into growing up with grittier aesthetics, emblemized by their shift from platformer to open-world action games. Likewise, Ratchet & Clank always had a crass edge to it, flaunting its T for Teen rating and giving you a gaggle of guns and lewd puns. But Sly Cooper was always a franchise rated E for Everyone (or E10+).

Again, that isn’t to say the games didn’t get dark, as the antagonists could do truly reprehensible things with long-lasting ramifications for the series, but the games never lost sight that they were about being a raccoon pulling off heists. It didn’t feel like it was ashamed to be aimed at younger audiences. It allowed the series to come across like a Saturday morning cartoon, even going so far as to frame each chapter in every game like a new episode of a TV show. Sometimes it’s not just about the premise, but how it’s done. We’ve had many stealth platformers since Sly Cooper, but we haven’t really had one that was so welcoming to people of all ages.

Sadly though, the series never exploded in popularity. The original three games developed by Sucker Punch all reviewed well but weren’t sales giants, based on available data. We know that the original games all reached “Greatest Hits” status on the PS2, indicating they sold at least 400,000 copies. Brian Flemming, a current producer at Sucker Punch, cited that their goal for the original game was to sell around half a million units, and it almost sold close to 1 million units, overshooting their initial goal. However, these results don’t compare as favorably to those of the other big PS2 platformers at the time, with each installment in the Jak and Daxter and the Ratchet & Clank series selling in the range of 1-2 million units per entry. 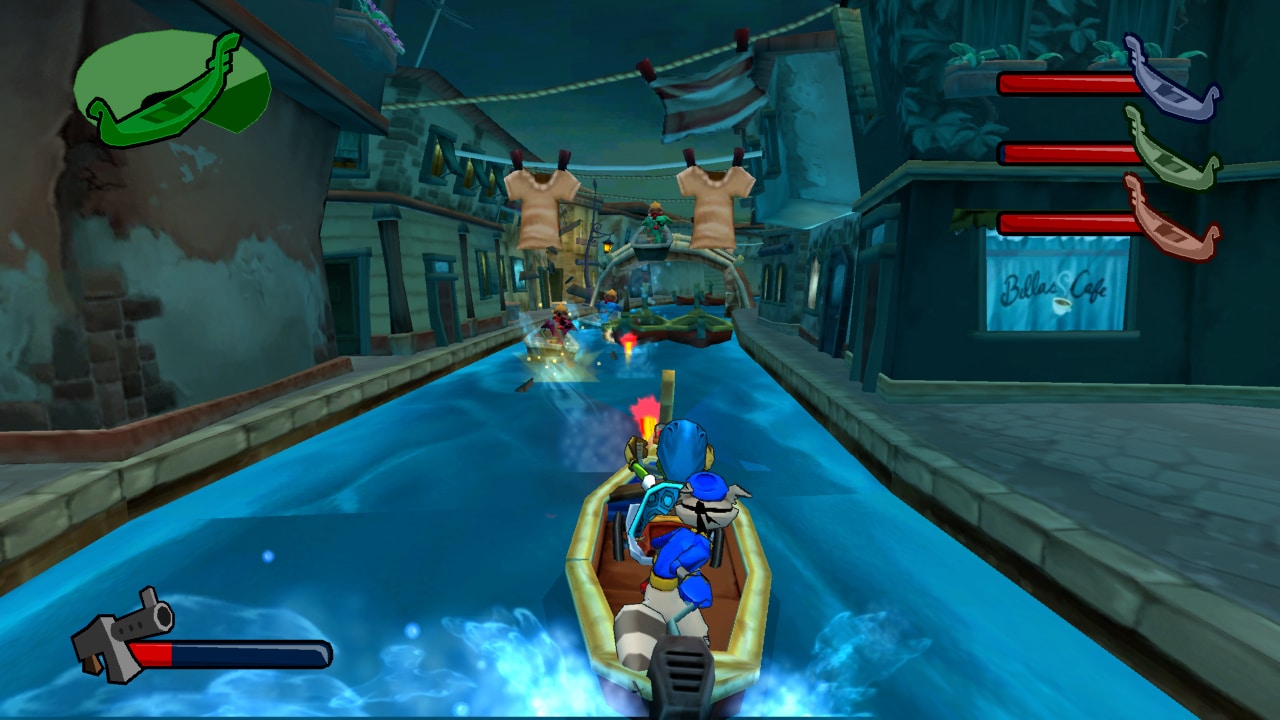 Then there’s the fact that Jak and Ratchet have received continued support beyond the halcyon days of the PS2. Jak and Daxter received two PSP games and had the original trilogy ported to PlayStation 3, PlayStation 4, and Vita, ensuring that future generations could play those games with updated resolutions and frame rates. Ratchet & Clank still continues to get new entries and has appeared on every PlayStation console in some capacity since its inception. As for Sly and his friends, the original trilogy had an HD remaster for the PS3 and Vita, but that was about it.

There was a fourth game, Sly Cooper: Thieves in Time, developed by Sanzaru Games and released for the PS3 and Vita. However, it did not receive as strong a reception as the original trilogy, and the release was overshadowed by Dead Space 3, a much more highly anticipated game that released on the same day. A broad, potentially overly optimistic estimate pegged sales at around 800,000 units, but whatever the truth may be, the franchise ended there. Despite ending on a cliffhanger, Sly has been dormant outside of the occasional references in other games.

Sony has indicated some interest in the IP, even going so far as to announce and debut a trailer for a then-upcoming Sly Cooper film in 2014. Given the fact we haven’t heard from it in eight years, it’s safe to say that the project was canceled. Most hopes for the franchise’s resurrection seemed to have been finally killed off when Sucker Punch announced earlier this year that there are no current plans to return to the franchise that launched it into stardom.

It’s a shame that the franchise has sputtered out so gradually. The original PS2 Sly Cooper games were the cornerstone of many childhoods, mine included. The series had its own unique charms and framed its adventures around becoming a master thief, sneaking around famous cities, delivering justice to criminals, and avoiding the police like a modern-day Robin Hood. While other PS2 franchises were trying to act more mature and delivered games that appealed to teenagers, Sly Cooper was a decidedly kid-friendly series that still managed to stand out from the crowd with its tone, unique fusion of genres, and cathartic structure.

With all of the games in the franchise finally arriving on PlayStation Plus Premium, now’s a pretty decent time to rediscover the series. It’s the least you could do to celebrate gaming’s greatest raccoon on his 20th birthday.