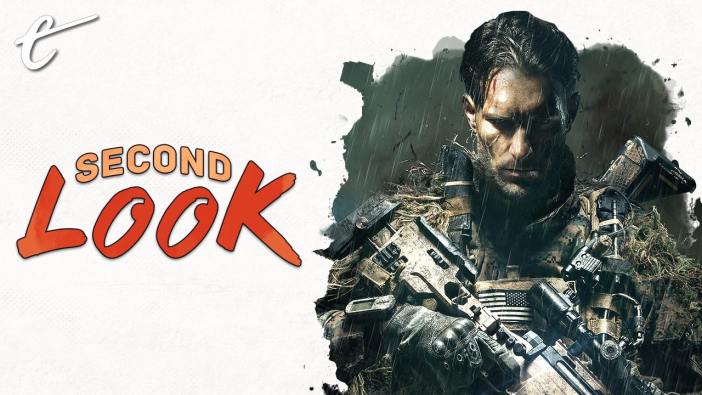 If you’ve been following this column for a while, it’s doubtlessly clear that a little jank doesn’t hamper my enjoyment of a game. However, jank still comes with a cost. Some games, like Vampire Rain, demand a lot of patience. Heck, DmC: Devil May Cry requires you not to tell anyone on the internet you like it! Yet in the case of City Interactive’s Sniper: Ghost Warrior 3, you could not have an easier time getting into it.

Eurojank is a league of its own in the world of jank: Gothic, Of Orcs & Men, Mars: War Logs, Pathologic, S.T.A.L.K.E.R., Risen — not to mention countless FPS games by City Interactive. All Eurojank games aim way above their weight class in terms of budget and feasibility, yet their flaws make them distinctive. Instead of copying trends or chasing after large demographics, they’re often like big-budget indie games, passionately designed for unique niches that might not have even existed before each game’s release.

That’s part of why Sniper: Ghost Warrior is so remarkable: It’s one of the few to attract enough mainstream interest to get a physical release. However, that didn’t come without growing pains. The first entry was so broken that I personally could never finish the game. The second one rebuilt from the ground up as a soft reboot, exploring the possibility of wide-linear levels. Then the third entry went fully open-world, thrusting you into the boots of Jon, the most generic American sniper in the history of generic American snipers in gaming, to find his brother and liberate Georgia from generic evil Eastern European fascists, all with the help of your sassy blonde ex-girlfriend.

In case it’s unclear, the plot isn’t why you’re here. Although, there is some hilariously bad acting and writing. There’s even a line of dialogue unedited where you can hear the actor break character to ask a question while the mic was still on. A confrontation between a prostitute and a mercenary in a friend’s playthrough had their audio coming out flipped, with the prostitute insulting and threatening the mercenary. That’s the beauty of Sniper: Ghost Warrior 3 though — you will never play a janky game that’s also this remarkably accessible, let alone enjoyable. 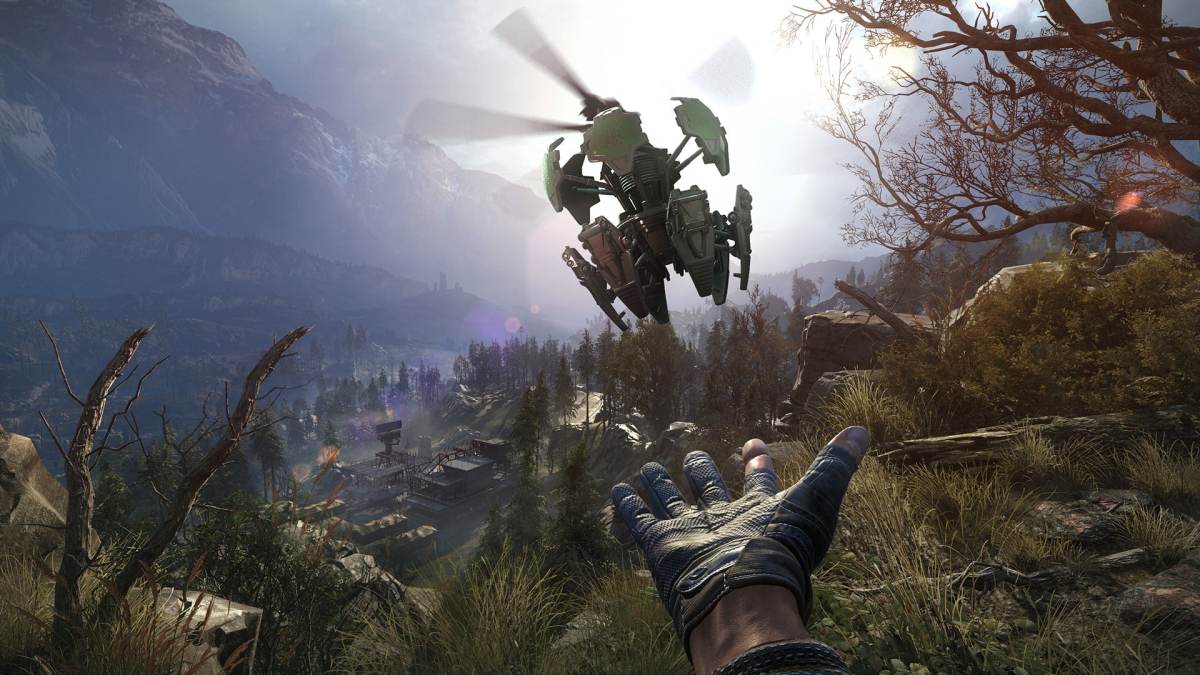 The sniping itself is plenty fun, as is the ghosting, and… well, the “warrior” part is a pretty average rip-off of Call of Duty, but that’s more of a last resort anyway. The base difficulty makes playing a breeze, and the two higher settings offer more interesting modifiers like needing to sleep at camp to heal. There’s always been this odd emphasis on fun authenticity to the series. It wants to be a serious, grounded FPS for those who really want a proper simulation, but it also wants you to enjoy it.

There are multiple difficulty settings, easing you in before adding wind, bullet drop trajectory, distance measurements on your scope, and more. You can customize every piece of gear, with multiple ammo types and an impressive array of weapons to unlock, right down to your remote-controlled drone. The punishment for death is typically pretty minimal, with a generous amount of fast travel points you can unlock. Sniper: Ghost Warrior 3’s arenas are highly open-ended sandboxes. It’s rare to be forcefully guided, with most of the map being a question of “How do I get up there?” rather than “Can I go up there?”

This results in a game with no hard limits. You can ambush the most heavily guarded bases at the start, if you’re so inclined. Rather than a sea of collectibles, there are nondescript points of interest across the map. They could be hostages you need to rescue, enemies trying to get old equipment working, or maybe a crime scene worth investigating. Alternatively, just ignore the entire open world and you can plunge through the story segments like it’s a linear FPS, with the game guiding you to each new arena to test your mettle. The choice is yours — Sniper: Ghost Warrior 3 is up for whatever you are.

Bear in mind that this freedom also comes with consequences. Enemies won’t hesitate to tear you to pieces with a hailfire of bullets on any difficulty, and you will feel that if you don’t invest in body armor as soon as it’s unlocked. While you can slide down mountainsides like it’s Tony Hawk’s Pro Sniper, if you aren’t tactful about your course, it might end painfully. Even the drone legitimately behaves like a real, floaty piece of tech. 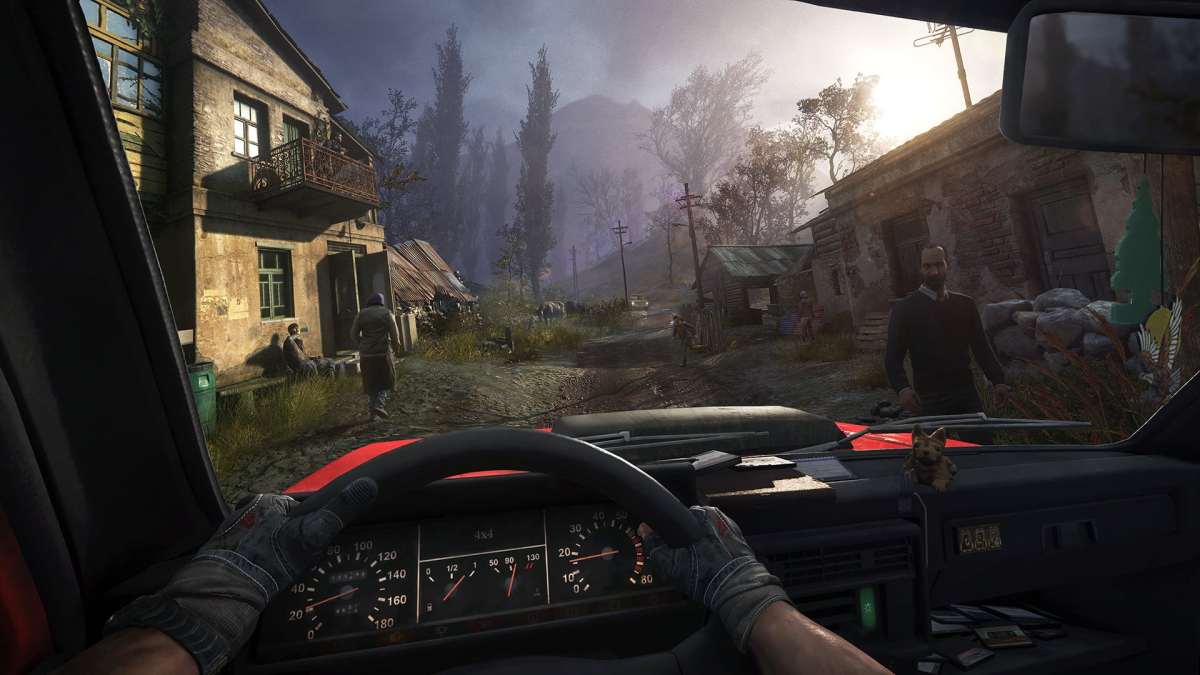 There are a few instances where you have to carefully pilot the drone through tight spaces, and if you bump against anything, it can be genuinely disorienting, offering a fun challenge. The game is neither a cakewalk nor a brutal frontier; it’s just absolutely jazzed to do whatever you want to. It’s like a happy little puppy, and somehow even when it poops itself, you just kinda have to go, “Awww, that’s adorable, Sniper: Ghost Warrior 3!”

And I do mean things will get weird at times. Outside of narrative fumbles, your drone can fly inside of cows — cows that, mind you, rotate from their midsection and behave more like androids. It’s possible to leap inside a bus and, if it starts moving, take collision damage even though you got in when it was stationary. It’s possible to phase through walls like the X-Men’s Nightcrawler when executing a stealth takedown.

Instead of detailed gore, there’s just an underlayer model for every NPC, and they’ll go transparent where you hit them while the slow-mo hit plays out. You can get a headshot kill by sniping an enemy in the side of the nose. Or the earlobe. It’s beautiful to watch as the camera dramatically pans and the game hastily tries to go, “Nope! You, uh, you shot him in the back of the head! Yep!”

These are the watercooler conversation moments the game just generates endlessly. It’s like if Goat Simulator and Skyrim had a baby. During my refresher playthrough of the game, I liberated some locals, and they hopped in a car. They started petulantly honking at my jeep, parked in the other lane. But it gets better, because the NPCs seriously looked like the Jonas Brothers and Tom Holland. I stared, gobsmacked, before hopping on their hood as they kept honking at me.

Seeing as this was all rather rude, I popped a shot into the hood to express my annoyance. Discount Nick Jonas kept honking. I shot again. Suddenly he guns it, and I’m car surfing! It took two shots to get him going again whenever he’d start to slow, but I rocketed through an enemy checkpoint unscathed and got back to my makeshift HQ by putting half a magazine into the hood of that car! 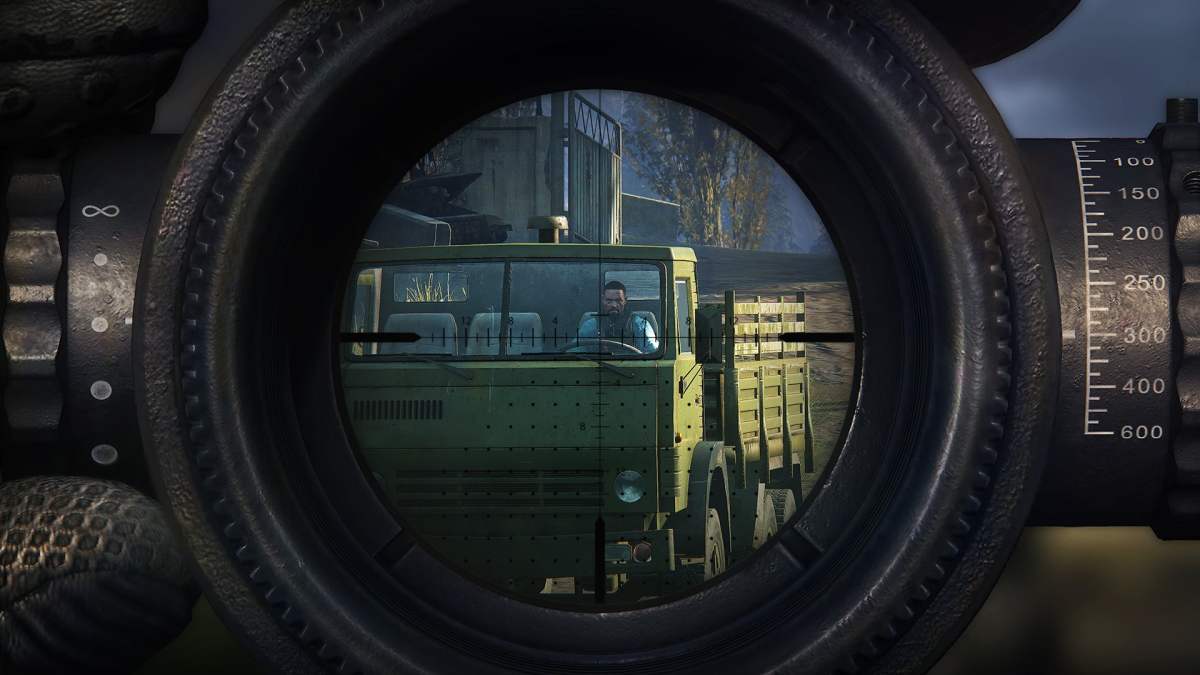 That sort of thing doesn’t happen in Call of Duty. Yet, Sniper: Ghost Warrior 3 is so systems-oriented with its mechanics that it organically responded. It was janky as heck, but that just made it an absolute blast. I had friends in stitches while I streamed it, laughing at each step of the ride back.

Sniper: Ghost Warrior 3 just shouldn’t exist. It’s possible to get in an AK-47 duel with a militant grandmother mafia leader. One of your optional targets is clearly a homage to Vamp from Metal Gear Solid, except a bullet really does put her down. You can surf down mountainsides in your buggy. The skill trees will alter what perks are available based on difficulty settings. You can pull off shots from so far away that you can watch the detail render increase around your target as the bullet fires. This game is amazing.

City Interactive went so far as to buck industry trends and launch with the season pass bundled in with every new copy of the game, for free. And for all its incredible eccentricities, the series keeps selling well enough to get better at its core focus. Sniper: Ghost Warrior Contracts is an objectively solid time from what I’ve been able to play, adding elements of Hitman to the mix within more compact sandboxes. Plus, you essentially play as a Bond henchman — that’s incredible. I can’t wait to see where the series goes next.

This is a series that’s truly evolved into something worth playing, if for less than normal reasons. I can’t thank City Interactive enough for the pure amusement that Sniper: Ghost Warrior 3 provides. All that’s keeping this game from being a cult classic is that more people need to try it and share their own joyful, hilarious stories. If you need the gameplay to be a bit tighter, modders have you covered on PC, so what are you waiting for? Georgia’s robotic cows, mobster grandmas, and surprisingly great soundtrack are calling!

Next week, we’re going to explore the total opposite of this game. A game that fills one with nothing but existential dread, so linear and confining that it barely maintains the illusion of player agency and can only offer polished presentation as consolation. It’s finally time to talk about Bioshock Infinite.