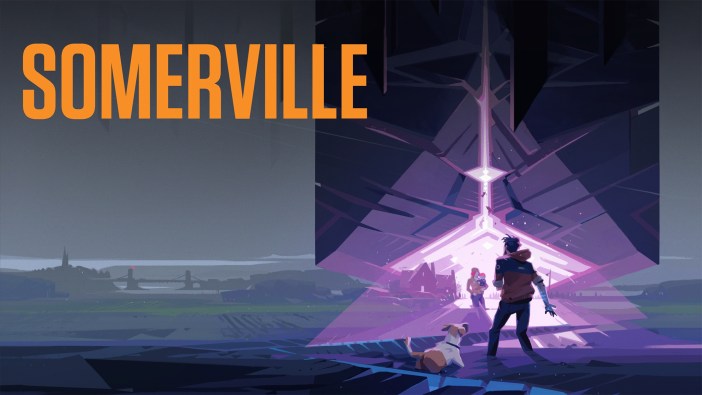 This article contains light spoilers for the first half of Somerville in its discussion of using a toddler as a roundabout weapon.

The toddler is the most important weapon in Somerville. At the start of the game, the player character — the lanky, bearded father shambling around with the stooped gait of sleep-deprived parenthood — is separated from his partner and child following a sudden alien invasion of the British countryside. Around the halfway mark, the family is reunited. It may be my own fatherhood talking, but I found the little yelp of “dadda” and the child’s frantic toddle into the father’s arms to be one of 2022’s most affecting moments.

Soon after their reunion, the toddler is put to more stereotypically “gamey” work. The alien invasion has come with some boons for the father: the ability to change the state of alien matter between solid and liquid, provided that it is exposed to a light source. The ability is transitive; it can pass from the father, through another object, and into a light source without requiring direct contact with that light source. And so it knits together the little family unit into a fearsome whole.

The father holds his partner’s hand, while she has their toddler in a baby carrier on her back, who in turn wields a toy fox with a light-up nose. When the father flexes his alien powers, they pass through him, his partner, their child, and into the soft toy, creating what is effectively a small area-of-effect attack on any alien matter in the vicinity. Pull one trigger and the matter will melt, collapsing into a pool of gently undulating cubes. Pull the other trigger and the pool will solidify, turning into a hard surface. Interactions between the two make for some memorable set pieces in Somerville as the family tries to flee their alien invaders.

The toddler is not a literal weapon in Somerville then, but it is difficult to resist writing that opening sentence about a game that is in many ways a spiritual successor to Limbo and Inside. It shares not only some of those games’ developer DNA, but a similar emphasis on minimalist art, wordless narrative, and gentle puzzle-driven platforming. However, where Playdead’s platformers pitted lone children against unsettling surroundings, Jumpship’s debut rallies its small cast of silent characters around a child. 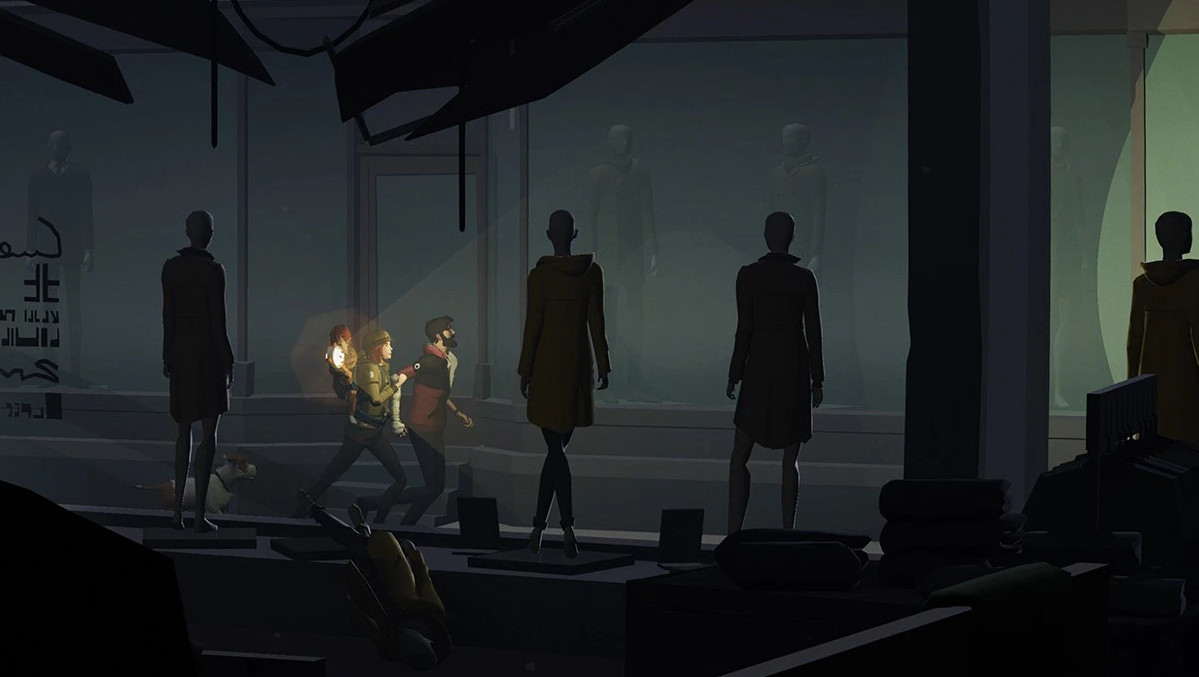 The reversal is explicit not only in the gameplay emphasis on the father and the family unit, but in the way their child functions in Somerville’s narrative themes. Where Limbo and Inside channeled elements of horror, Somerville is more straightforward science fiction fare.

The toddler’s investigation of strange lights outside the backdoor of the cottage references Close Encounters of the Third Kind. The intimidating geometry of the alien’s obelisk spacecraft recalls 2001: A Space Odyssey, Arrival, and perhaps even something of the latest Dune. The alien matter’s ability to replicate human objects, including objects from the father’s memories, suggests the ocean in Solaris. Meanwhile, the invasion itself and its immediate aftermath vary in tone from War of the Worlds to 28 Days Later.

By referencing so many influences, Somerville is all the more effective at wrong-footing the player. Perhaps subconsciously, these references set up certain expectations. While nothing quite compares to Inside’s shocking twist, it is nonetheless a delight when Somerville takes the narrative in a direction that is completely at odds with these expectations.

It is just a shame that the game is ultimately let down by bugs, imprecise controls, environments that are often inscrutable even with the help of gaming’s ubiquitous yellow highlights, and some very uneven pacing. Somerville follows Limbo and Inside in benefiting from a constant sense of momentum, but too often that momentum is broken by obtuse mechanics and busywork. Even if family is central to Somerville, I imagine it was not intentionally designed to demonstrate how much easier it is to manage an alien invasion if you have a children’s toy to hand.