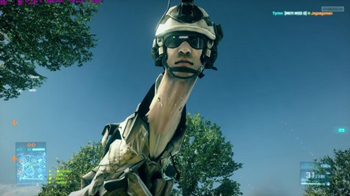 Gather round, children. Let old man Grey tell you a story. Once, many moons ago, testing videogames was a paid position. They paid you, not vice versa. Then developers realized they could test games and acquire precious gems by offering early access to games In exchange for pre-orders or in-game purchases. The system has flourished on the PC, with multiple games launching in alpha or beta states, albeit with very functional real-money stores.

Speaking to Joystiq, SCEA VP of publisher and developer relations at Sony America, Adam Boyes, confirmed that Sony wouldn’t be averse to allowing not-quite finished games on its consoles as long as they don’t “have any bugs that are completely destroying the world.

“[Dust 514] is a great example of putting out content that you know is not final,” he explained. “If you want to monetize it, that’s fine. I mean, if you want to put out a game that’s playable and does pass the checklists and stuff, you can. If it doesn’t sell and you can’t support, you may not want to support, but we absolutely support that.”

What’s interesting is that this system would almost definitely clash with Sony’s QA policies regarding digital downloads and patches. Work-in-progress games generally require a constant stream of patches, each of which will have to go through a certification process to make sure it doesn’t crash the console or compromise its security. The certification process also costs developers a pretty penny. Exactly how much Sony and Microsoft charge for certification is unknown, but developers have thrown around figures in the tens of thousands.

Microsoft Exec on Always Online Consoles: “Deal With it”