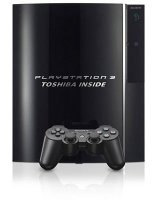 Sony has announced that it will sell its production facilities for PS3 microprocessors and graphic chips to Toshiba. While the exact price has yet to be set, best guesstimates place the asking cost at $858 million, just a little more than the total EA just paid to acquire Bioware and Pandemic.

In exchange for its millions, Toshiba will acquire the “Cell” microprocessor production facility in Nagasaki and the “RSX” graphic chip production line in Oita by March 2008. Sony also said it would continue to work with IBM to developer smaller, less expensive, cell chips as a part of their strategy to press on with the advancement of the key PS3 engine while cutting exposure to costly microchip assets.