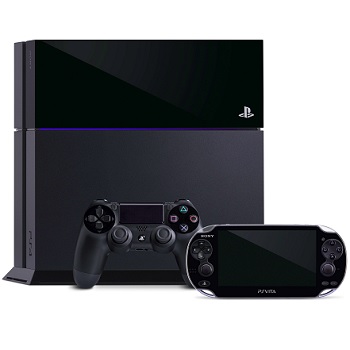 Do you know how to make your PS4 or Vita better? Sony wants to hear about it.
There is now a place for PlayStation 4 and PS Vita owners to voice their ideas on how to make their systems better. Users can make suggestions for improving their gaming experiences on the PlayStation blog, as well as vote and comment of the ideas of other users. The site mainly functions as a way to formally gather the wishes of community and Sony isn’t making promises to fulfill any of the requests, no matter how popular.

According to Sony, all submissions are reviewed in order to discard repeat, similar, or unrealistic suggestions. Users can only submit one idea per week, so there are only 92 ideas posted at this time. The site includes a leaderboard for the users whose propositions receive the most votes and other tools for browsing suggestions. Sony also stresses that Share is not a list of goals to achieve, but functions as a “reference point that helps internal SCEA employees survey interest and trends.”

PlayStation.Blog Share isn’t a new feature for Sony; a similar system was in place for the PS3 and PSP. After gathering suggestions for four years on those platforms, only the PS4 and Vita are open for discussion. If you are interested in viewing the suggestions for the older hardware, the archived submissions are still available to read.

Some of the most popular suggestions at the time of this post are the ability to change usernames (something Xbox owners have had for some time) and to remove games from a user’s Trophy history. What do you think would make a great addition to Sony’s platforms? What needs to be changed?