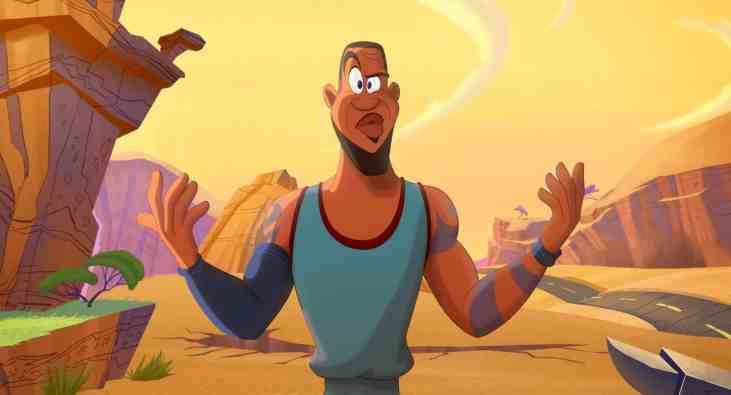 Even though we’d already seen plot details, uniform reveals, and the first images, it still seemed like Space Jam: A New Legacy wasn’t real. We’ve waited so long to be welcomed to “the jam” once again, but it really is finally here. The first Space Jam: A New Legacy trailer proves it is clearly an actual movie that stars LeBron James playing basketball with the Looney Tunes.

As the trailer alludes to, the plot of the Space Jam sequel sees James sucked into the Warner Bros. mainframe where he is confronted by an evil Don Cheadle to play a basketball game in order to rescue his son. This means that James must bring the gang back together and also truck through a whole bunch of Warner Bros. film properties that seem to be thrown on the screen randomly. A few of these shots honestly look like they were taken directly from Ready Player One. The trailer also gives us a look at the new digitized versions of the Looney Tunes, who thankfully don’t stick around for the entire film. Aside from that, the movie basically looks like the original but with less Pepe Le Pew, since he’s been removed.

The film also features a few names you might recognize from playing sports ball good, including Chris Paul, Damian Lillard, Kyle Kuzma, Draymond Green, and Anthony Davis. Other actual actors starring in the movie are Sonequa Martin-Green and Khris Davis. Malcolm D. Lee is directing the movie with Ryan Coogler of Black Panther fame producing it and helping with its story.

Space Jam: A New Legacy will release in theaters and on HBO Max on July 16.