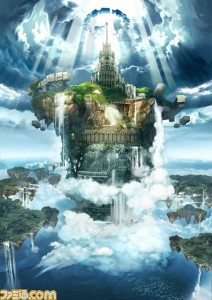 The reboot of the 16-year-old Lufia franchise is yet another confusing communique from Japan.

Square Enix announced today on the Japanese language website Famitsu.com that it is developing a sequel to the classic Estpolis Denki, released as Lufia & the Fortress of Doom here in the U.S. for the Super Nintendo in 1993. The new game is called Estpolis but no details were provided as to the release window or for which platform the game is being developed.

Lufia was a japanese role playing game that followed in the footsteps of the original Final Fantasy with a turn-based battle system. It was the only title released under the Taito brand in the U.S. According to Famitsu.com, the original team that designed Lufia is working on the new game. Square Enix acquired Taito in 2005, and will be publishing the game.

While I never played Lufia, I was certainly a fan of the JRPGs of that age and I celebrate any return to those halcyon days. But sixteen years is a long fricking time, what prompted the reboot from Square Enix? It’s not even a 20th anniversary year or anything like that. Yet another head-scratching announcement from Japan.

Famitsu.com promises more details in the print version of their publication which is due on shelves in Japan next week. Perhaps all will be made clear then.