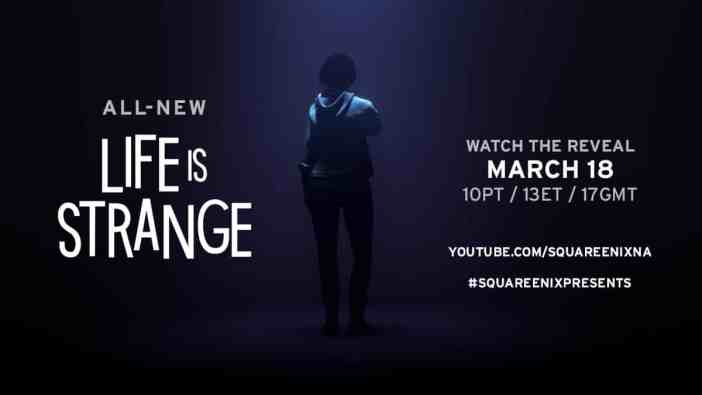 Square Enix has announced that it will be holding a Square Enix Presents, a Direct-style presentation next week on March 18 at 10 a.m. PT / 1 p.m. ET. The Square Enix Presents show will last around 40 minutes with new trailers and announcements for many Square Enix titles, most notably including the world premiere of the next game in the Life is Strange franchise.

Other franchises that will appear in the show include Outriders, Balan Wonderworld, Tomb Raider, Marvel’s Avengers, and Just Cause. There will additionally be new mobile announcements as well as new games from Taito, Square Enix’s sister company.

Debuting March 18 at 10AM PDT, the first digital-direct #SquareEnixPresents the world premiere of the next @LifeisStrange, with a 40-min lineup set of new trailers & announcements from many of our upcoming titles https://t.co/IgHkawSCaE pic.twitter.com/VNYDFdoikR

The next Life is Strange title will introduce a new protagonist with a new superpower. There will be a new look at Outriders ahead of its April 1 release date, as well as Balan Wonderworld as it launches on March 26. Both games also currently have demos out right now.

Tomb Raider is celebrating its 25th anniversary this year, while Marvel’s Avengers will be receiving additional content. The Just Cause series will be heading to mobile too. Coincidentally, Hawkeye and his storyline releases in Marvel’s Avengers on March 18 too, so maybe that is what Square Enix will be showing more footage of at Square Enix Presents. But hopefully, we’ll get new information about future characters like Spider-Man.