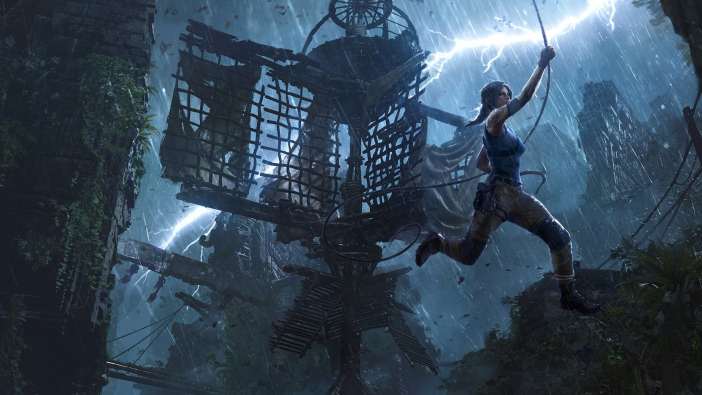 Tomb Raider is turning 25 years old this year, and Square Enix and Crystal Dynamics are looking to celebrate with a full year of monthly festivities. Although there are no “plans for a major game announcement in the near future,” Tomb Raider franchise game director Will Kerslake did reveal something notable in a video kicking off the celebration. He explained that the studio is looking to merge the two Tomb Raider timelines from the original series of games, where Lara is a seasoned raider of tombs, and the latest trilogy, which functioned as an origin story for the character.

“We envision the future of Tomb Raider unfolding after these established adventures, telling stories that build upon both the breadth of Core Design and Crystal Dynamics’ games, working to unify these timelines,” said Kerslake in the video. “With Tomb Raider’s extensive history, this is not an easy task, and we ask for your patience as we go through the development process.” And even though a new game is a while away, we’ll still be getting more Tomb Raider as a new animated series was recently announced and work on the sequel to 2018’s Tomb Raider film is back underway.

Just how the team is going to merge the rugged, battered, and more human-looking Lara of the reboots with the polished, back-flipping, more — shall we say — curvacious Lara of the original series isn’t too clear. There is a ton of lore to iron through with the older games and Lara’s backstory was actually established in them, so there will definitely be some retconning going on here and there. Still, if this leads to gameplay that’s less shooting and more actual tomb raiding, it could be a very good thing.