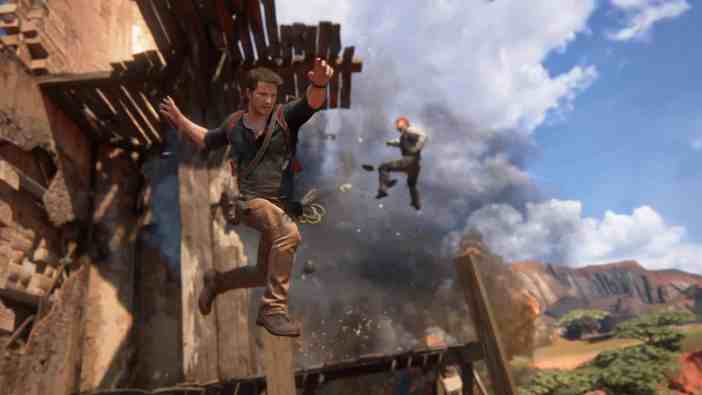 The week keeps trucking right along, as does the video game news! Recently, we received a hint as to what Sony’s secret San Diego studio could be working on, a Balan Wonderworld demo was announced, Monster Hunter Rise is getting special gold amiibo, and more. Here’s the video game news you might’ve missed on Jan. 19, 2021.

Balan Wonderworld Demo Will Arrive at the End of January

Balan Wolderworld, a 3D platformer from the creators of Sonic the Hedgehog, is coming out soon, and today, we got news that a demo for it will be available to download on Jan. 28. This way, you can try before you buy! The full game will be available for PlayStation 4, PlayStation 5, Xbox One, Xbox Series X | S, Nintendo Switch, and PC on March 26 and can be played solo or in co-op.

We've got some Balan-tastic news! 🎩✨

Play alone or local co-op with a friend and get ready to enjoy the magic that is #BalanWonderworld. pic.twitter.com/c5aAGbBhoi

As if we needed an excuse to make our backlogs even bigger, Sony has a new sale on the PS Store featuring games under $20. The list is substantial, with many of PlayStation 4 and PlayStation 5’s best games available for $20 or less. You’ll find games like Resident Evil 2, Death Stranding, Assassin’s Creed Odyssey, Detroit: Become Human, Until Dawn, and Infamous Second Son, among others.

The upcoming amiibo tied to Monster Hunter Rise are available to preorder at some retailers, but now, it seems Capcom and Nintendo are one-upping themselves with the limited-edition gold variants. Starting on Jan. 25, these amiibo will be available as part of a lottery at participating 7-Eleven locations in Japan. There will be 711 prizes available in total, including an uncertain quantity of these wild-looking amiibo. Check them out below.

The Monster Hunter Rise amiibo set is getting the special “limited edition gold" treatment as part of a lottery at 7-11 stores in Japan. https://t.co/QYCymhNaYm pic.twitter.com/6Usy0zlXCa

Today, Microsoft announced the latest batch of Xbox Game Pass titles to be added to the service, and the list is fantastic. It features Outer Wilds, several Yakuza games, and the upcoming psychological horror adventure, The Medium. Here’s the full list:

We hate to be the bearers of bad news so we came bearing good news insteadhttps://t.co/9frXOyLjSK pic.twitter.com/CwGnJJfaBz

Sony Has a Secret Studio Working on ‘Existing Franchises’

For the past few years, there has been lots of evidence pointing to a new Sony studio in San Diego working on a mysterious project. While we still don’t know what the project is, we have a decent idea — as noted on the LinkedIn profile of the director of visual arts at PlayStation World Wide Studios, Michael Mumbauer (thanks, PS Lifestyle).

Mumbauer’s profile features a bio that reads, “His latest achievement is having built a brand new, all-star, AAA Action/Adventure development team for (PlayStation). Based in San Diego and utilizing proprietary engine technology, this team was assembled to expand upon existing franchises and craft all new stories for the next generation of gamers.” There have been rumors of a new San Diego-based studio taking the torch for the Uncharted series, and Mumbauer’s profile seems to lend credence to that. However, there’s no concrete evidence of what game is being worked on. It could be anything.