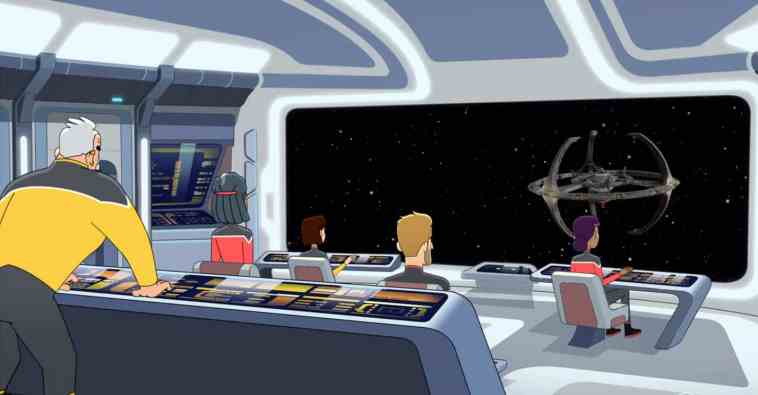 Here is the little that has been divulged about the season so far:

Catch up with the crew of the U.S.S Cerritos in the official trailer for Star Trek: Lower Decks Season 3. With Captain Freeman (Dawnn Lewis) on trial following the Season 2 finale, Mariner (Tawny Newsome), Tendi (Noël Wells), Boimler (Jack Quaid), and Rutherford (Eugene Cordero) are in for a host of new adventures–including a trip to Deep Space 9.

Star Trek: Lower Decks seems to be one of the only pieces of Star Trek content that a majority of fans believe is good and aren’t raising pitchforks over it. (But mileage will vary, of course.) The reception has certainly been more mixed to Star Trek: Picard, which today revealed a season 3 teaser video offering a glimpse of returning cast, including some of the cast of The Next Generation.