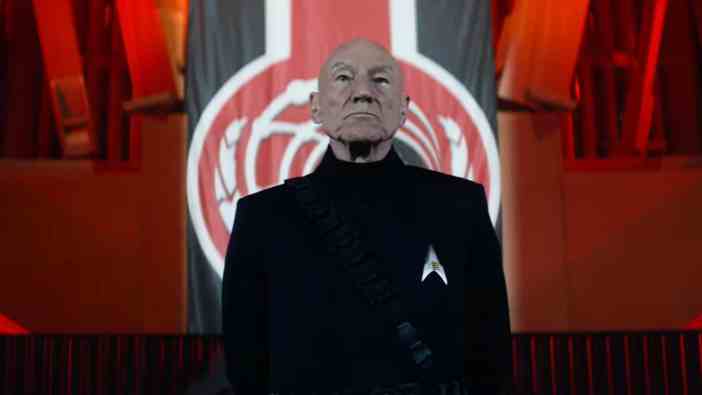 It looks like Star Trek: Picard is cherry-picking even more from the franchise’s greatest hits for season 2. Not only is fan-favorite Q returning to play up against Patrick Stewart’s aging Picard and the rest of the returning cast, but the Star Trek: Picard season 2 trailer shows off a storyline that brings both a “totalitarian nightmare” and time travel back to the 21st century.

For fans of Star Trek, none of this looks that fresh. A totalitarian Starfleet universe has already been established in the show as existing and, in fact, explored at great length in Star Trek: Discovery. Why we need Q to bring about this future is unclear this time around, but so much of the first season was based simply on nostalgia that that might be the very reason they’re using him here. Traveling back to the 20th century to save humanity is also the plot of Star Trek IV: The Voyage Home, but here Picard seems to be doing it in a far less original way, with the crew simply going back to try to change the past. It all looks like it’s been done before and better already.

The Star Trek: Picard season 2 trailer also offers our first look at another callback, with the Borg Queen (Annie Wersching) returning to aid Picard and crew in traveling back in time, a feat that happens a lot in Trek and even spawned the entire Kelvin universe film series. Finally, we get a look at the returning cast of Alison Pill, Isa Briones, Evan Evagora, Michelle Hurd, Jeri Ryan, and Santiago Cabrera. Brent Spiner, who plays Data, isn’t in the trailer but will be returning as well in some form.

Hopefully, the second season of Star Trek: Picard can bring something fresh to what looks rehashed when it debuts on Paramount+ in February of 2022.