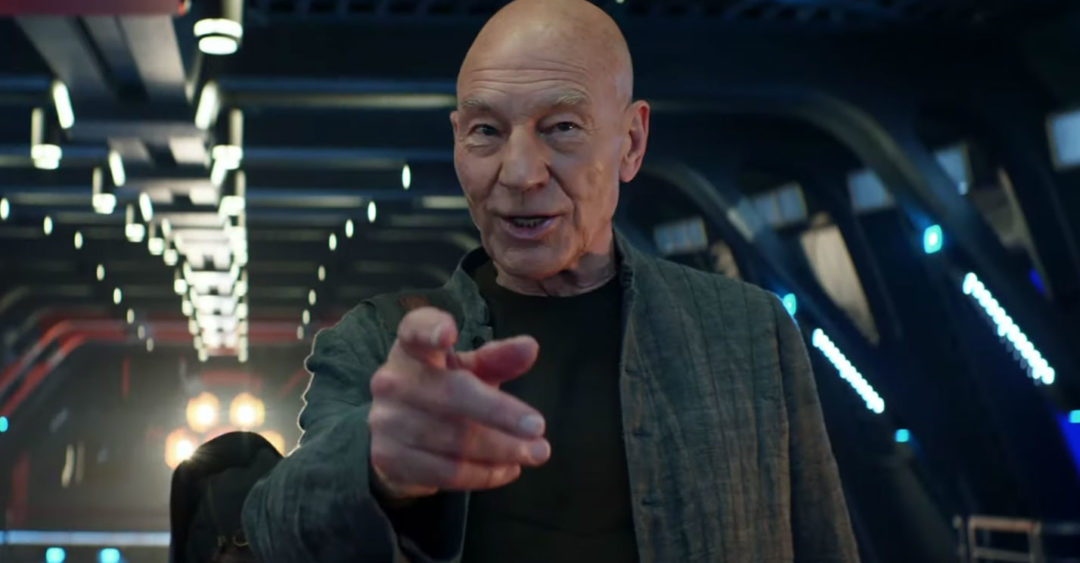 Star Trek fans should prepare to have nearly all of their expectations blown out of the water as the SDCC trailer for Star Trek: Picard, starring Patrick Stewart returning to the role of the titular captain, has landed today. And it is full of cameos, callbacks, and old enemies.

The trailer, which follows an earlier teaser, is our first full understanding of the plot of the series, which will focus on Picard’s efforts to save a young woman from something more than 20 years after the conclusion of Star Trek: The Next Generation. Picard has retired to run his family’s vineyard, but space calls him back as he must assemble a crew and return to Star Fleet for whatever this mission is. The show reportedly features an older, burdened Picard, who has some demons in his closet.

One of those demons appears to be the death of Data (Brent Spiner) at the conclusion of the final Next Generation film, Star Trek: Nemesis. Another is the Borg, and yet another possible one is his entire second life lived inside his own head. That doesn’t end the cameos and callbacks, however, which are overflowing. The trailer teases the return of Star Trek: Voyager‘s Seven of Nine (Jeri Ryan), but also confirmed are Commander William Riker (Jonathan Frakes), Deanna Troi (Marina Sirtis) and a former Borg drone named Hugh (Jonathan Del Arco). This makes the show seem like more than just a callback to The Next Generation, but one to the entire history of Trek.

Star Trek: Picard will premiere on CBS All Access in early 2020.