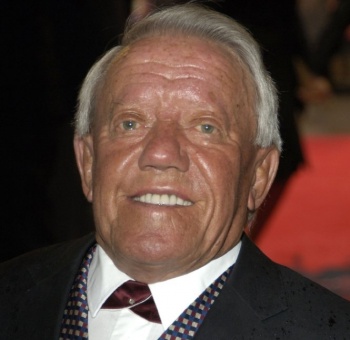 The actor who played R2-D2 in the Star Wars movies has passed away.

2016 continues to be a tough year for celebrity deaths. The latest is Kenny Baker, best known for playing R2-D2 in the Star Wars movies, has passed away at the age of 81.

Baker, who stood at 3’8″ tall, portrayed the famous character in the first six Star Wars movies. In addition to Star Wars, he also had roles in Flash Gordon, Time Bandits, Labyrinth, and The Elephant Man – to name a few.

Baker dies after battling illness for quite a while. As Abigail Shield, his niece, told The Guardian: “He had problems with his lungs and was often in a wheelchair. He was very poorly for a long time. He was asked to go out to LA for the new Star Wars premiere but he was told he was too ill to travel. Luckily he did manage to meet George Lucas again when he came to Manchester.”

While R2-D2 is a character that will continue to exist in the Star Wars universe, Baker was not going to be the actor in the suit. He served as a consultant on Star Wars: The Force Awakens.

Kenny Baker is survived by his two children. He will be missed.

Correction: His date of birth was listed incorrectly on several sites following his passing. That has since been rectified, and as such his age has been corrected, too.