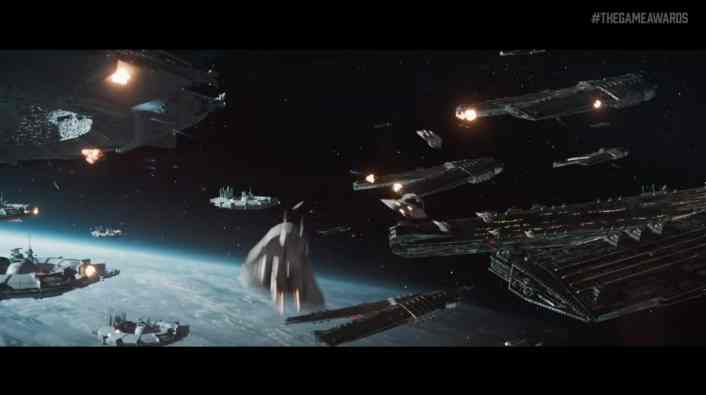 As revealed during The Game Awards 2021, Quantic Dream is officially developing a Star Wars game called Star Wars: Eclipse. Set in the High Republic era of the legendary sci-fi universe, it seems the early-in-development title will tell an epic, original story. Quantic Dream, which is responsible for a number of narrative-driven games, is developing the game collaboration with Lucasfilm Games. You can watch the official reveal trailer for Quantic Dream’s Star Wars: Eclipse below.

Rumors that David Cage’s story-focused studio would be working on a title set in a galaxy far, far away sprouted up a few months ago. However, it sounds like Star Wars: Eclipse will be a bit of a departure from Quantic Dream’s usual experiences, with the studio opting to give players a more action-focused experience. Its past titles, such as Detroit: Become Human, Heavy Rain, and Beyond: Two Souls, had their own tense moments but usually saw players engaging in quick-time events.

Those same rumors stated that Quantic Dream’s Star Wars project has actually been in development for 18+ months, so today’s announcement is a long time coming. That said, we certainly still have a lot of waiting to do. This is just the first official word we’re hearing of Quantic Dream’s Eclipse, so keep checking in for more details.