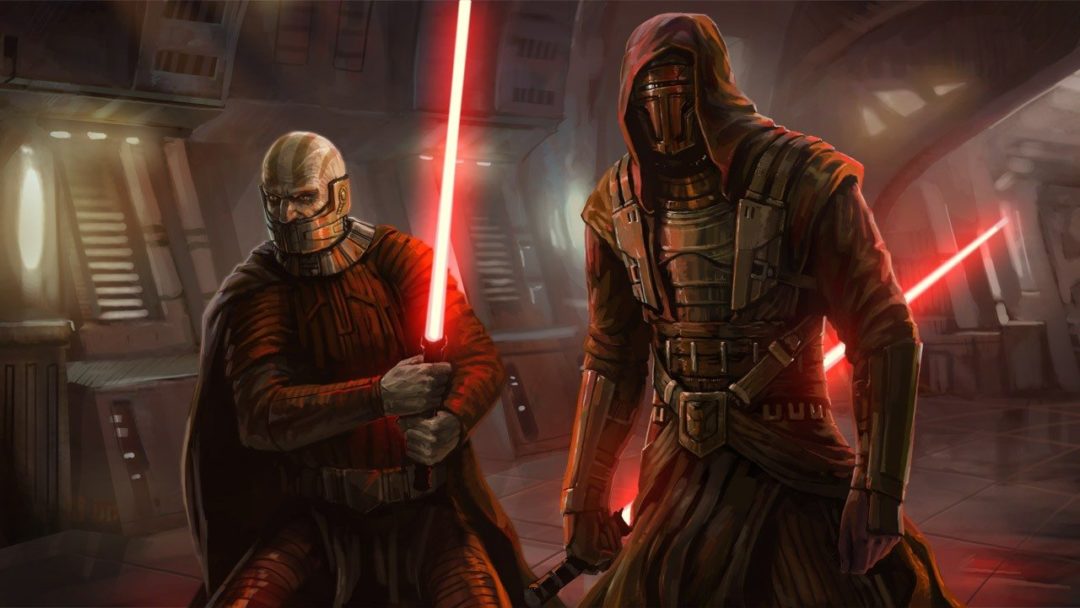 The best Star Wars moments exude meaning beyond their original context. Think of when Kylo Ren tells Rey: “Let the past die. Kill it if you have to. That’s the only way to become what you were meant to be.” Star Wars Episode VIII: The Last Jedi’s infamous quote is resonant for far greater reasons than just Kylo’s character development on screen. Anyone who’s experienced tragedy or even just a bad haircut could take his advice. Kylo’s philosophy is clearly shared in part by Disney given its treatment of the Star Wars Expanded Universe. Maybe, just maybe, part of the old EU will survive in BioWare’s beloved RPG Star Wars: Knights of the Old Republic and its sequels. Indeed more KOTOR might be coming and not just in future updates in Star Wars: The Old Republic.

Recent news indicates that Star Wars: Knights of the Old Republic may become canonical to Disney’s new Star Wars universe in some fashion. Per an interview with MTV, Lucasfilm president Kathleen Kennedy discussed the potential for a Star Wars: Knights of the Old Republic project and stated: “You know we talk about [KOTOR] all the time,” Kennedy told MTV. “Yes, we are developing something to look at.”

This is surprising news considering that KOTOR is part of Extended Universe. The history behind the Star Wars EU is extensive and tethered to the franchise’s financial history, but to summarize: a long time ago, in a galaxy far away from Disney, Star Wars was exclusively owned by George Lucas and his company Lucasfilm. While 20th Century Fox owned the distribution rights to the Star Wars films, Lucas and his lawyer Tom Pollock finessed a stellar contract to where Lucas owned the IP and was able to use that ownership as leverage for an even better deal for total control of the merchandising rights by the time Empire Strikes Back released in 1980. In other words: Star Wars toys, school supplies, and underwear were all under Lucas’ domain, and this included the Star Wars Extended Universe explored in all that non-film media as well. Decades worth of books, cartoons, and video games taking place in the Star Wars universe were considered a canonical part of the EU.

Disney, however, jettisoned the Star Wars EU when it purchased the IP from George Lucas for $4 billion back in 2012. The company opted to scrap years worth of lore in favour of charting a new destiny for the franchise, yet if recent developments are of any inclination, many EU events occurring prior to the finale of Return of the Jedi may still be canon or be re-established. Less “Let the past die!” and more “Kind of, sort of, let the past time. Maybe.”

Whether this new KOTOR project actually materializes into a film or a Disney+ series like The Mandalorian is pure speculation for now, but for longtime fans craving KOTOR 3 like myself, a live-action Old Republic film or TV show would merely act as a placebo. While Bioware and EA recently announced the first update in 3 years for the MMO Star Wars: The Old Republic, the franchise proper and its respective story remain unconcluded ever since Obsidian’s Star Wars Knights of the Old Republic 2: The Sith Lords released in 2004, and unfortunately if EA has its way, the series will likely never receive the proper ending it’s due seeing as BioWare has repeatedly pitched a new KOTOR to EA only to be rejected according to the Kotaku’s reputable Jason Schreier.

I myself might be holding on too strongly to the past. My ideal Star Wars Knights of the Old Republic 3 would play as a mix of Mass Effect and past installments of Knights of the Old Republic. That’s probably an unrealistic dream given EA and BioWare’s track record with Mass Effect: Andromeda and the horrid Anthem. Even with Respawn Entertainment’s Star Wars Jedi: Fallen Order seeing EA’s exclusive deal with Disney yielding story-centric games for the first time, it’s unlikely we are going to get a single player BioWare Star Wars game that returns to a stalled corner of the EU. From here, it looks like the only shot at new Knights of the Old Republic will be via a movie or a show that reimagines that corner of the Star Wars universe for the new canon. If that’s the case, then KOTOR, like all the best aspects of Star Wars, will have more meaning than intended by its original context.