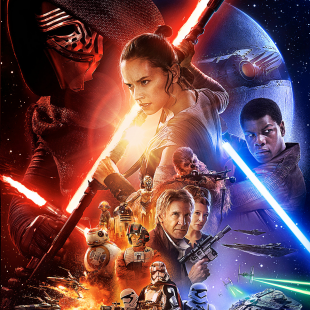 Star Wars: The Force Awakens has made a billion dollars just twelve days after its release.

Even before the movie came out, we would have felt safe in saying that Star Wars: The Force Awakens was going to be a financial success. After all, it’s Star Wars. Even the 3D re-release of The Phantom Menace managed to make money and we already knew how poor a film that was. That being the case, there was always the question of just how much money The Force Awakens would make. The answer, it would seem, is all of it.

What remains to be seen, of course, is just how much money The Force Awakens will ultimately make. Early projections had predicted that it would make close to two billion dollars but still fail to exceed the grand totals of both Titanic (2.1 billion) and Avatar (2.7 billion). With the movie’s profits already making history however, many fans of the film are likely wondering it might even rise higher than those.

An Interview With Powers‘ and Vinyl‘s Susan Heyward

Yes, Minecraft is Still A Thing