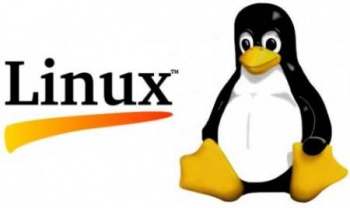 The open-source OS will finally get some gaming support.

Linus Torvalds had a great idea in 1991. To shake off the necessity of big corporations like Microsoft and Apple dictating how we use our computers, he founded Linux as an open source code project to give users more control over their operating system. The Linux OS movement has grown into a viable option for PCs, with several different branches and distributions based on the Linux kernel released by Torvalds. The only drawback to installing Linux over Windows is the lack of support for many games, but Gabe Newell and Valve’s Steam service might just reverse that trend for good. Valve has hired dedicated Linux developers to port the Steam client and the Source game engine to run natively on Linux. Michael Larabel of Phronoix.com confirmed the news after visiting Valve’s offices and speaking with Newell himself. Expect a Linux release of Steam in the next few months.

“This Linux work just is not some half-assed attempt by [Valve] to make it look like they are a Linux-friendly organization,” said Larabel. “Gabe’s vision to support, embrace, and promote Linux are amazing, assuming they execute, which looks to be very high probability at this point.”

The game Valve has chosen to be the guinea pig for the Linux version of the Source engine is Left4Dead2, mostly because the stability of that code is rock solid. There have been a few snags in programming, but Gabe Newell is now personally overseeing the project, so the process has momentum. The flat management structure of Valve – detailed in the recently leaked employee handbook – was actually the reason for the delay of bringing Steam to Linux.

“There have been developers working on the Linux support for sometime, but not until recently has Gabe Newell become personally involved with the Linux client work,” Larabel said. “In fact, his desk is currently in the current Valve Linux development camp!”

Larabel also mentioned Newell’s personal distaste for Microsoft’s new Windows 8, which perhaps has to do with the Valve chief’s new desire to branch out. “Listening to Gabe Newell talk about Linux for hours made me wonder whether he was a former ex-Microsoft employee (where he actually did work in his pre-Valve days in the 90’s) or the director of the Linux Foundation,” Larabel said. “His level of Linux interest and commitment was incredible while his negativity for Windows 8 and the future of Microsoft was stunning.”

The whole idea of Valve’s Steam service and Source engine using Linux as a native platform is refreshing and has implications beyond the small percentage of current users who run Linux on their machines. With a controlling interest in the PC gaming market, if Newell is serious about using his influence to encourage other developers to adopt Linux as a viable option, the dark days of Linux gaming might be over. And it may actually herald a greater shift away from Windows or Mac OS to Linux for all computing needs.

Crap, I might just convert to running Ubuntu myself.

EDH With The Escapist