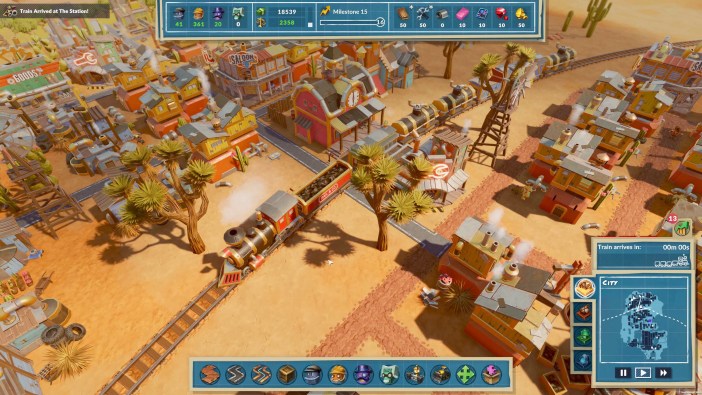 Thunderful Development has announced SteamWorld Build, a city-building entry in its ever-expanding universe of games, and it’s set to come to PC and consoles sometime in 2023. Thunderful revealed the next steampunk step for its franchise during a special SteamWorld Games presentation today, where it also revealed that a demo is available for PC via Steam right now. If you want to see what SteamWorld Build looks like before jumping in for yourself, you can watch the game’s debut trailer below.

Where past SteamWorld titles have seen players digging to the center of the earth or plotting strategic advances in turn-based combat, SteamWorld Build asks players to take charge of a steampunk mining town that’s just getting its foot in the door. The town will grow over time as resources are gathered, with the goal being to find underground riches and (eventually) leave the planet. The heart of the game sounds to be in how players keep their residents happy (and busy) to keep managing and expanding the town.

Thunderful says SteamWorld Build will feature increasingly complex resource chains, abandoned mines to plunder, and three difficulty modes across a total of five unique maps that all house their own secrets. You can read more about the next SteamWorld chapter in the story synopsis below:

There’s an abandoned mine sitting under your town, and it’s rumored to be filled with ancient tech that holds the key to escaping the impending doom. Use the natural resources above ground and the abundant ores buried in the mine to expand your town. Stimulate new residential tiers to join the quest to dig deeper, unearth untold riches and ultimately help them to hightail it off the planet!