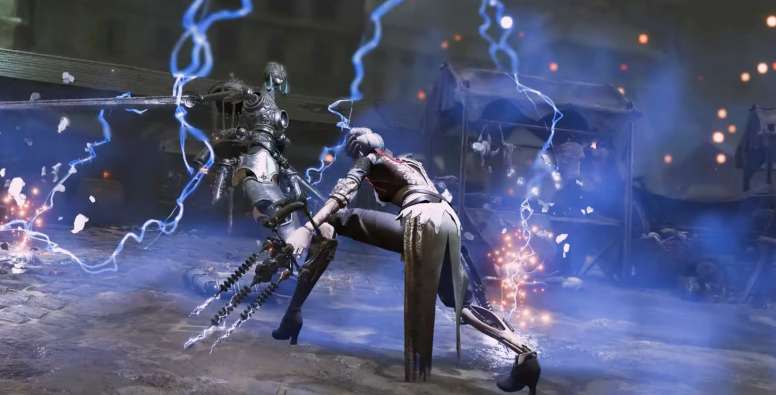 Developer Spiders just gave us our first real look at gameplay in the robotic world of Steelrising. Publisher Nacon revealed the gameplay trailer for its new action adventure game during the Nacon Connect showcase today. Steelrising’s variety of mechanical enemies can be seen being dismantled throughout the footage, with the video showcasing some of the different elemental attacks players will have at their disposal. There are only about 50 seconds of gameplay shown, but the trailer from Spiders and Nacon confirms a June 2022 launch for Steelrising on PC via Steam, PlayStation 5, and Xbox Series X | S. See the video for yourself below.

Steelrising was revealed in July of last year as Spiders’ next game, following up from the RPG GreedFall. This challenging, combat-focused adventure thrusts players into the cold metal boots of Aegis, a robot, as she fights at the behest of Queen Marie Antoinette in an alternate history Paris. Here is the succinct premise of the story: “King Louis XVI’s automata army is terrorising the citizens of Paris. Join the Revolution as Aegis and fight against this reign of terror to try and change the course of history!”

We’ve still got quite a long wait until release, so stay tuned for more information on Steelrising’s gameplay and release date.