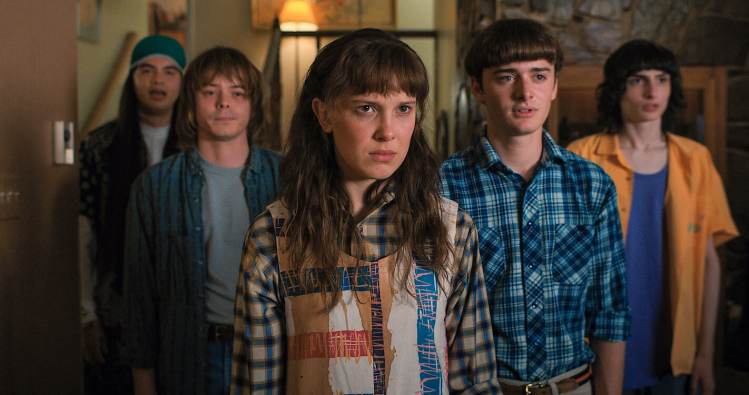 Nothing says wrapping up a show successfully like referencing Game of Thrones, but that’s exactly what Stranger Things creators the Duffer Brothers did during an interview with Deadline (via Collider) when discussing season 4, the penultimate season of the series. Matt Duffer made somewhat tongue-in-cheek reference to the sprawling epic when discussing how the series is incredibly spread out this season.

“We kind of jokingly call it our Game of Thrones season because it’s so spread out, so I think that’s what’s unique or most unique about the season,” he said. “Joyce and Byers family … left at the end of season 3. They are in California – we’ve always wanted to have that like E.T.-esque suburb aesthetic, which we finally got to do this year in the desert; and then we have Hopper in Russia; and then of course we have a group remaining in Hawkins. So we have these three storylines (that) are all connected and kind of interwoven together, but it’s just very different tones.”

That is, of course, all well and good. Shows expand and plots get bigger as series move on, but bringing up the specter of Game of Thrones to discuss Stranger Things season 4 isn’t really the best choice. Game of Thrones started to spiral out of control as it concluded, with an inability to connect all its disparate storylines and the activation of fast travel that seemed to destroy most of the vast world that had been built over the first several seasons. Now, obviously, Stranger Things is a very different beast and the Duffers don’t seem to be rushing the conclusion, given season 4 is the longest season yet and season 5 is the planned end for the show. Still — maybe reference something with a less troubled conclusion next time.

If Stranger Things goes out on a low note like Game of Thrones did, we may not get the spin-offs already hinted at.

The first part of the fourth season of Strange Things will premiere on May 27.