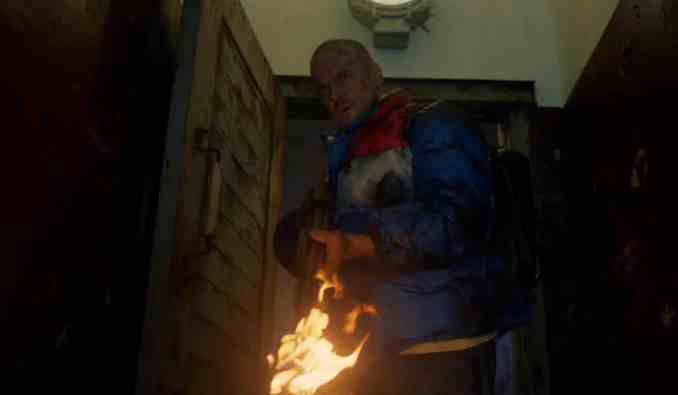 After a long break and a few enigmatic teasers, a sneak peek at Stranger Things season 4 is here. The 30-second video that debuted today primarily features footage from previous seasons, serving as a reminder of the journey Eleven and co. have embarked on through the years. The last few seconds, however, give us a few blink-and-you’ll-miss-it clips from season 4, including a flamethrower-wielding Jim Hopper, aged-up kids, and more Dungeons & Dragons. You’ll have to wait a bit longer for the show to release though, as Netflix says new episodes won’t launch until 2022. See today’s Stranger Things season 4 sneak peek below.

Confirmation that we’d see more from the Hawkins, IN group came in late 2019 with the show’s first season 4 teaser. Then the Netflix show kicked off 2020 with another teaser, this time spelling trouble for the show’s resident dad-cop, Jim Hopper. While fans were certainly happy to see the character had somehow managed to survive the events of the previous season, the COVID-19 pandemic began to affect the world in large ways soon after. As lockdowns and protective measures ensued, work on Stranger Things season 4 may have been pushed out too, with the next, Eleven-focused teaser not premiering until this past May. While we’re still without a concrete release date, fans can rest easy knowing that the show is planned to return sometime in 2022.