Are games art? I don’t know. I know they’re artful, and I know there are components to them that, taken individually, certainly qualify; Jami Sieber’s “Maenam” didn’t stop being art – exceptionally beautiful art at that – just because it wound up on the Braid soundtrack. Is it possible that individual works of art are somehow lessened when brought together in collaboration within the context of a videogame? Maybe. But it’s inarguable that many of those pieces that come together in games are, on their own, works of art, and that those who create them are genuinely talented artists. 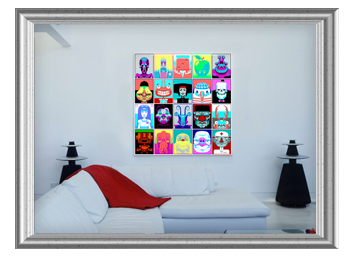 It’s those artists that the Netherlands-based “next-gen art dealer” Cook & Becker want to bring to the attention of the world. “Cook & Becker specializes in art and artists who are defining and shaping our time and culture, with a special focus on artists working in the international film, games, urban lifestyle and design industries,” the company’s website says. “We exhibit and sell exclusive works from known illustrators, concept artists, designers, comic artists, urban/street artists and photographers from around the world.”

Which isn’t to say that the company sells screenshots, or even concept images taken from particular games. The idea is to give artists best known for their work in videogames a chance to show off their talents in less conventional ways, by giving them a more conventional platform.

“Cook & Becker focuses on artists who are also working in the games industry, instead of only art from games, and game or design studio projects,” Cook & Becker co-founder and gallery director Maarten Brands recently told me. The firm also works with entire studios on projects involving a specific game properties.

“For example, we wanted to do something with Killzone. The development and visual development of that IP is done by a team at Guerrilla Games and SCEE so I needed them to want to get involved. In this case the artist is actually the studio,” Brands explained. “What happens with them is not that different from working with individual artists. We get together with the art team and select or create a couple of interesting works of art that are key to a certain IP or from a studio and we create a limited edition series of that work and we make a deal that these works will not be sold outside of this edition.”

Brands said he was inspired to launch Cook & Becker after working for several years in the game industry, where he saw great work being done by talented artists who went unnoticed by the art world at large. Yet while most of this new generation of artist works in the digital medium and a comparably new breed of international buyer expects to be able to peruse and purchase entirely online, that’s an option that most conventional galleries cannot offer. The need to fill that niche in the marketplace was driven home for Brands one day while he was searching for a piece by Yoshitaka Amano, famous for his work on the Final Fantasy series. 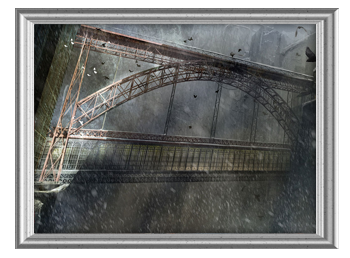 “I got very frustrated that I couldn’t find any gallery or place online where I could see the work in detail, actually find out what it costs and buy it directly!” he said. “A gallery that is just a physical space somewhere feels a bit old fashioned to me. So all those ideas came together in Cook & Becker and the website Candb.com.”

And while it may not sound like a very deep bench, Brands said there are actually a surprising number of game designers and artists who “transcend their medium and whose work is art of design.”

“Think of an artist like Amano who is responsible for the box art and early style of Final Fantasy games for example. He actually now works mostly as an very successful autonomous artist making fantastic work with metal and car paint that sell for tens of thousands of dollars,” he continued. “Or take some of the concept artists and architectural designers in this business like Viktor Antonov, who created City 17 and the alien Combine architecture in Half-Life 2. That went way beyond just creating a compelling game environment and has been hugely influential for the visual design of other projects.”

He also cited as important the work of Daniel Dociu, who oversees the visual development of Guild Wars 2 and has put together “one of the best concept art teams in the business,” the influence of Parappa the Rapper designer Masaya Matsuura and the cultural relevance of games like Grand Theft Auto IV, BioShock and Killzone.

“And these are just the commercial titles. What we do is combine the individual, autonomous work of these outstanding artists with key, artistically interesting commercial work,” he added. “We like art that is truly part of contemporary society and does not exist on the fringes, only for a small group of insiders.”

To that end, Cook & Becker intends to cater not just to gamers but to a wider audience in the traditional art world. C&B put on an exhibit at the Art.Fair/Blooom contemporary art exhibit in Germany and Brands said people were “generally very interested.”

“Frankly, it is ridiculous how little knowledge there is about this art and new digital art in general,” he explained. “With this type of art it’s like we’re at where art photography was 20 years ago in the U.S., 15 years ago in Europe [the U.S. was quicker to embrace this]. We’re actively looking for people and curators from the art world to comment and collaborate.” 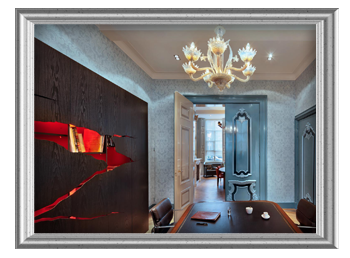 One of the more interesting yet very unfortunate, challenges facing the gallery is posed by the industry itself. Game-related projects are chosen primarily based on artistic or design merit and the desire of the creator to be involved, but legal hurdles are also an issue that have to be addressed, a process that’s sometimes hampered by the short-sightedness of rights holders. “The games industry is not so good at curation or caring about its heritage,” Brands said. “The hardest thing at the moment is trying to get some of the artwork from older titles, like LucasArts adventures, or other IP the [original] studio doesn’t care about economically but that still has huge cultural value.”

And before you get too wound up over the prospect of having an original Keita Takahashi hanging on your wall, be aware that subject matter notwithstanding and without putting too much of an “us and them” spin on it, Cook & Becker isn’t hawking posters on eBay. It’s very much a real art gallery, creating exhibit-worthy fine art and limited edition prints with lifetime guarantees, work which Brands compares to high-end art photography, and it ain’t cheap. Jesse van Dijk’s “After the Breaking of the World” lists for $4500, Sven Ruther’s pixel art-inspired “CGA Faces” sits at $3350 and “Dark Riders” from Crysis concept artist Maciej Kuciara is a relative steal at $1500.

“We make artworks that easily last a generation, and only create museum-quality work,” he said. “We want to have pieces that you would be proud to own and that have some exclusivity to them. Just in terms of material costs [prints, pigments, Dibond plating, museum glass, etc.] you’re quickly running in the hundreds of dollars.”

It’s not all quite so horribly out of reach – Takahashi’s limited-edition “Nice Hair” t-shirts can be had for 40 bucks plus taxes and such – and Brands said Cook & Becker is experimenting with different ways to makes its works as accessible as possible. “But what we offer will never become what I call merchandise, even though high-quality merchandise can become really expensive these days,” he said. “There are other people doing that very successfully. We’re really focused on art collectors looking for the next big thing.”

So, are games art? I don’t know. But maybe, through the efforts of Cook & Becker, more people in more places around the world will have the opportunity to witness the artistry offered by games and those who make them, and more conversations will be had, both by those who play them and those who do not. Conversation leads to contemplation, and contemplation to appreciation. And once we have that, well, just about anything is possible.

Andy Chalk can’t draw a straight line to save his life.